Showdown in LA: Is Lakers-Clippers A Western Conference Finals Preview? 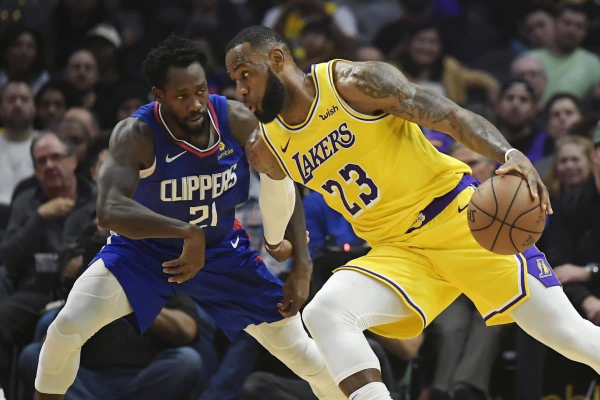 It’s finally here. After the single most active offseason in recent memory, the NBA season tips off this evening, and we’ll get started with a bang as the Lakers and Clippers face off in a battle for Los Angeles.

This is also the dawn of an NBA season in which we aren’t going into the year with a lock for the NBA Finals. There’s no Big 3 in Miami, no unbeatable Warriors squad after injuries and the departure of Kevin Durant, and no LeBron James-led Cavaliers.

Yet every season brings with it a set of favorites to win it all, and both the Clippers and Lakers are undoubtedly on that list.

So, is this showdown in LA a preview of the Western Conference Finals?

The Clippers have long been the “other team” in Los Angeles. While they’re not necessarily the clear favorites in the city, nobody will be laughing at the Clippers this year.

As previously mentioned, we were treated to one of the wildest offseasons in NBA history, and a big reason for that was the ability of the Clippers to coordinate blockbuster moves. In the same night, the Clippers landed the league’s most coveted free agent in Kawhi Leonard, then traded for Paul George from the Thunder.

Sure, George came at the cost of five first-round picks, Danilo Gallinari, and Shai Gilgeous-Alexander, but it handed the Clippers one of the most dangerous duos in basketball.

Fresh off an NBA championship with the Toronto Raptors, nobody will dispute that Leonard is one of the best all-around players in the league. And George gives the Clippers another big-time scorer and suffocating defender, coming off a season in which he led the Thunder with 28 points, 8.2 rebounds, and 4.1 assists per game.

Teaming up with a cast made up of Patrick Beverley and other scrappy grinders, the Clippers are ready to win right now.

Although James led the Lakers to a promising start last season, the team ended the year with a record of 37-45. The Lakers needed a change, and they certainly got one.

By sending the No. 4 draft pick, Lonzo Ball, Josh Hart, and Brandon Ingram to the Pelicans, the Lakers landed a second superstar in the form of Anthony Davis.

Davis is coming off a year in which he averaged 25.9 points, 12 rebounds, 3.9 assists, and 2.4 blocks per game. With the tandem of LeBron and Davis, the Lakers are also hogging two of the NBA’s best players.

Much like the Clippers, the two stars of the Lakers will be surrounded by role players, including Kyle Kuzma, Alex Caruso, Rajon Rondo, and JaVale McGee.

Will that be enough to land the Lakers a spot in the Western Conference Finals?

Although a bulk of the NBA’s greatest talent is concentrated in Los Angeles, we all know there are no guarantees in this league. And while the Clippers and Lakers are both ready to create new history, the teams that have dominated the Western Conference in recent years – the Warriors and Rockets – will have something to say.

As always, let’s follow the odds to see whether or not Tuesday night’s Lakers-Clippers matchup will end up as a Western Conference Finals preview.

With odds of +210 to win the conference, the Clippers are the favorite in the West to start the season. Following close behind, the Lakers are second with odds of +260.

While the LA teams are certainly at the top of the list, there are a number of other teams that wouldn’t be shocking to see in the conference finals.

For example, the Rockets (+445) have a dynamic duo of their own after acquiring Russell Westbrook from the Thunder and pairing him up with James Harden.

Then we have the Warriors (+789), who will be eager to prove they can still compete for championships without Durant once the trio of Stephen Curry, Klay Thompson, and Draymond Green are all healthy.

So, while the Lakers and Clippers are the favorites in the Western Conference, they’ll have to earn their place in the conference finals.