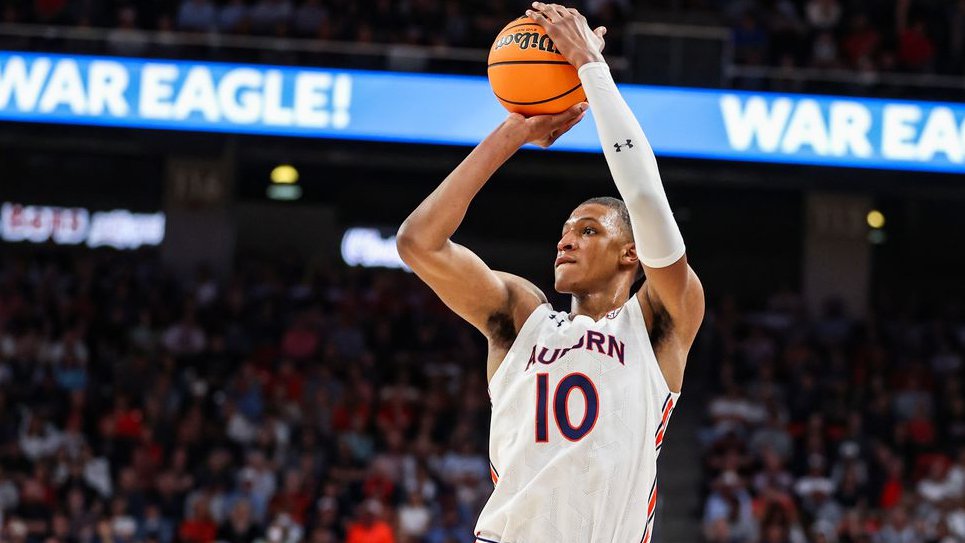 The basketball world is buzzing for more action ever since the Golden State Warriors won the 2021-22 NBA Finals, officially putting the season to an end. Fortunately, fans have something excited to look forward to this week: the 2022 NBA Draft and who gets selected first overall.

Last year, Cade Cunningham had the honor of being taken with the No. 1 overall pick by the Detroit Pistons. Fast forward to 2022 and the Orlando Magic will be the first team on the clock after winning this year’s draft lottery.

The Magic have an exciting up-and-coming team that could use a real difference-maker from this year’s class. Although we won’t know who they’re taking until it’s announced by NBA commissioner Adam Silver, FanDuel Sportsbook’s 2022 draft odds help shed light on the direction that Orlando could head down.

Odds via FanDuel as of Wednesday, June 22.

It’s shaping up to be a two-man race when it comes to who the Magic will take first overall at the 2022 NBA Draft, but right now the slight edge goes to Auburn’s Jabari Smith at -200 odds.

The 6-foot-10, 220-pound forward did not disappoint in his first and only season with the Tigers. Smith led his team with 16.9 points per game as a freshman, finishing second at Auburn with 7.4 rebounds.

Although Smith can be an inside threat, he also demonstrated his ability to stretch the floor. He averaged 2.3 three-pointers on 5.5 attempts, converting at a .420 rate. Pairing him alongside the 6-foot-9 Franz Wagner would give Orlando a tall, sharpshooting duo that can give opponents some nasty headaches.

Another thing that scouts like about Smith’s game is that he’s a solid on-ball defender on the perimeter that can defend just about any position. His post defense could use a bit more refining, but there’s no reason why he can’t get better as time goes on.

2022 NBA Draft analyst Mike Schmitz reported back in May that “most NBA teams” are under the impression that the Magic will make Smith the No. 1 pick. Although plans can change, there’s usually smoke where there’s fire.

Nevertheless, the Magic can’t go wrong by drafting Smith. They already have a solid collection of guards and may as well take the best forward in the draft.

If the Magic have their sights set on a big man as the No. 1 overall pick, Gonzaga’s Chet Holmgren is another viable option.

The Minneapolis, MN native is easily the top center prospect in the 2022 NBA Draft and has all the tools to be an everyday contributor.

Holmgren nearly averaged a double-double in his 2021-22 freshman year, finishing with an average of 14.1 points and a West Coast Conference-best 9.9 rebounds. He also led the conference in blocks per game (3.7), win shares (6.3) and true shooting percentage (.691).

Although he can’t stretch the floor as well as Smith, Holmgren did average 1.3 threes made on .390 shooting. It’ll be interesting to see if that’s a trend he can continue in the NBA.

The Magic still have Wendell Carter Jr. signed for four more seasons, but having a center rotation of him and Holmgren could be a force to be reckoned with for years to come.

The only other prospect with “realistic” odds to be taken first overall at the 2022 NBA Draft is Duke forward Paolo Banchero at +1100.

He has solid strength and terrific athleticism, making him one of the players that should have an easier time transitioning to the NBA. He also possesses decent ball-handling skills and has a fadeaway jumper that could catch a lot of people off guard.

Banchero needs to work a lot on improving his defense, as well as his ball control skills. He had at least four turnovers 11 times in his collegiate career, which could hurt him if it continues during his professional career.

Still, there’s no doubting the elite potential that Banchero brings to the table. He might not be favored to be the No. 1 pick at the NBA Draft, but that doesn’t mean the Magic won’t at least consider him for a moment.

The 2022 NBA Draft is scheduled for Thursday, June 23. It will take place at the Barclays Center — home of the Nets — in Brooklyn, New York.

What time does the 2022 NBA Draft start?

ABC and ESPN will air coverage of the first round of the 2022 NBA Draft. The second round will then be exclusively covered on ESPN.