NBA Finals betting: On Giannis winning the NBA Finals MVP even if the Bucks lose, and the rarity of losing MVPs in major sports 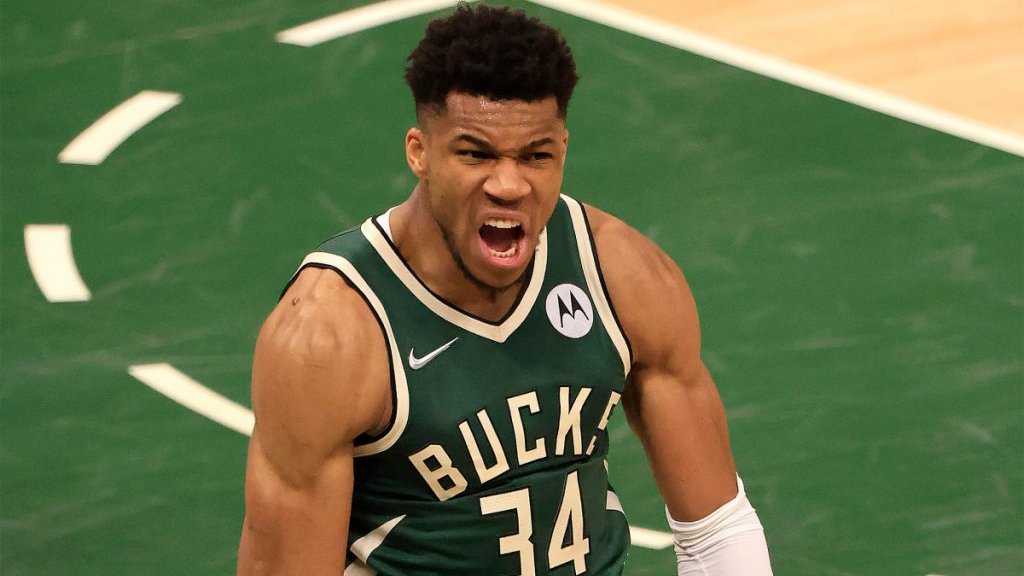 Tonight is a big night on the hardwood, both for NBA betting purposes and otherwise. Following a dominant Game 3 win, Giannis Antetokounmpo and the Milwaukee Bucks will be looking to knot the NBA Finals at two games apiece. Our NBA Finals Game 4 preview covers tonight’s matchup a little more, but it is certainly a pivotal game. If the Bucks win, they will head back to Phoenix with a tied series. But if the Suns win, they will have a chance to clinch their first NBA title on their home court.

Even if the Bucks do tie the series tonight, we should still see Phoenix favored to take the title. Even after their Game 3 loss, the Suns head into Game 4 as -270 favorites (at FanDuel Sportsbook) to win the NBA Finals. After their resounding win, the Bucks are now +200 to take the title.

The Bucks would not have a chance to tie the series tonight were it not for Giannis. That is both obvious and astounding, as the two-time NBA MVP appeared to be a serious doubt for the series (and beyond) after injuring his knee in the Eastern Conference finals against the Atlanta Hawks. But he has been on the floor for all three NBA Finals games, and he has been an absolute monster.

In Game 1, he scored “only” 20 points, but he pulled down 17 rebounds and dished out four assists as the Bucks fell in Phoenix. Game 2’s outcome was no different, but Giannis did Giannis things, putting up 42 points, 12 rebounds, and four assists. On Sunday, he dominated proceedings as the Bucks trimmed the deficit, with his second consecutive 40-point game and third consecutive double-double. He racked up 41 points, 13 boards, six assists, and he even made 13 of 17 free throws.

Through three games, Giannis is averaging 34.3 points, 14.7 rebounds, and 4.7 assists per game. Do the Suns have an answer for him? They may not, which may not end up making a difference. After all, they won Game 2 by double digits despite a monster performance by Giannis.

But he has been the best individual performer in the series thus far, and it is fair to say that he will need to continue to for the Bucks to have their optimal chance to take the title.

Could Giannis win the NBA Finals MVP Even If the Bucks Lose the Series?

Giannis’s excellence, especially in the face of a potentially scary injury, bbegs the question: If he does continue to put up big numbers and the series is extended to six or seven games, could he win NBA Finals MVP?

With the Suns still ahead in the series, Chris Paul is still the odds-on favorite to win NBA Finals MVP.

NBA Finals MVP odds are via FanDuel Sportsbook as of Wednesday, July 14 at 7:15 pm ET.

One of the occasionally unfortunate things about major sports is that the MVP of a tournament, championship game, or championship series almost always comes from the winning team. For a losing player to win, their performances have to be extraordinary, and even that can not be enough. From a betting standpoint, having the winning team produce the MVP on such an overwhelming basis can often help make some easy dollars with MVP betting. If you get your bets in at the right time, you can stack bets and still turn a profit.

The NBA Finals MVP was first awarded in 1969. The winner? Jerry West of the Los Angeles Lakers, who lost in seven games to the Boston Celtics.

That was the first and only time to date that the NBA Finals MVP was awarded to a player on the losing team.

On the diamond, the number is the same. The only World Series MVP from a losing team was Bobby Richardson of the New York Yankees in 1960. That year, the Pittsburgh Pirates pulled off a major upset of the Yankees in dramatic fashion in Game 7, with Bill Mazeroski hitting a walk-off homer in the bottom of the ninth to win the title.

The number is also the same on the gridiron. The only Super Bowl MVP from a losing team was Dallas Cowboys linebacker Chuck Howley. Howley won the award despite the Cowboys’ last-second loss to the Baltimore Colts in Super Bowl V.

Suffice it to say, the odds are against Giannis if the Bucks do not win the NBA Finals.

That said, if there is a situation where it could occur, this is it. Giannis’s first three games have put him in rare air as it is. The NBA’s official site lays out where he stands here, but it is pretty incredible, even when you don’t consider the injury scare.

If he continues to perform at such a high level, his NBA Finals performance will be one of the best in recent memory, win or lose.

With that in mind, it is worthwhile to back Giannis to win NBA Finals MVP, no matter what happens tonight.

Tonight, the most pivotal game of the 2022 NBA Eastern Conference finals takes place in Boston, with the Miami Heat taking a 2-1 series lead into their matchup with the Celtics. In Game 3 on Saturday, the Heat took control early, outscoring the Celtics 39-18 in the first quarter and leading by as many as END_OF_DOCUMENT_TOKEN_TO_BE_REPLACED