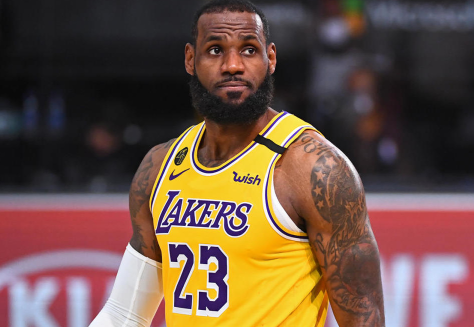 The NBA bubble burst in October with the Los Angeles Lakers taking home the Larry O’Brien Trophy after the longest season in NBA history, and the league will try to get back to some sense of normalcy when the new season begins on Dec. 22.

Instead, they’ll watch on television as the Lakers go for a repeat, as the Brooklyn Nets finally roll out Kevin Durant and Kyrie Irving, as the Milwaukee Bucks try to get over the hump with Giannis Antetokounmpo and the newly acquired Jrue Holiday, as the Golden State Warriors try to deal with yet another season-ending injury to Klay Thompson and as the Los Angeles Clippers try to reach the potential with Kawhi Leonard and Paul George that they failed to reach last season.

Here is a look at each team and its odds of winning the NBA championship according to FanDuel.

LeBron James and Anthony Davis wasted no time establishing themselves as the league’s most formidable duo. That’s scary for the rest of the league all by itself, but the Lakers made significant offseason moves to position themselves for a stronger run at another title. Newcomers Montrezl Harrell, Dennis Schroder, Marc Gasol and Wesley Matthews bring various strengths to LA.

Brooklyn is perhaps the most intriguing team going into the season. Kevin Durant’s season-long wait is over, and it coincides with Steve Nash’s first try as a coach. Durant and Kyrie Irving form a dynamite pair of leading men, and their supporting cast that includes Caris LeVert, Joe Harris, DeAndre Jordan, and Spencer Dinwiddie is fully capable.

Even though the Clippers never found consistency last season, it was still disappointing for them to blow a 3-1 series lead to the Denver Nuggets in the playoffs. They will try to get back into the championship discussion on the heels of Tyronn Lue replacing Doc Rivers as head coach and a newly motivated Paul George signing a contract extension.

If point guard Jamal Murray can carry over last season’s skyrocketing playoff performance to the new season, the Nuggets will be in great shape to contend once again. Key defenders Jerami Grant, Torrey Craig and Mason Plumlee are gone so Murray and superstar Nikola Jokic have work to do with a new supporting cast.

Playoff series wins over Milwaukee and Boston netted the Heat an Eastern Conference title in season one with Jimmy Butler leading the way. They have a good mix of veterans and youth on a strong roster and are set up to contend once again.

The core group of Kemba Walker, Jayson Tatum, Jaylen Brown and Marcus Smart is strong, but the Celtics lack the depth needed to compete for a championship. Gordon Hayward’s departure for Charlotte is a big loss.

Slovenian point guard Luka Doncic was as breathtaking as it gets during his rookie season. He has the potential to be an MVP soon, but the Mavericks need a healthy Kristaps Porzingis and improved defense if they are going to contend for an NBA championship.

Coach Nick Nurse led one of the league’s pleasant surprises by guiding the Raptors to a strong season that ended in the Eastern Conference semifinal despite the departure of Kawhi Leonard following their 2019 title. Led by Pascal Siakam, the Raptors must be better on offense to get back to the mountain top.

After what seemed like an eternity of being the “it” team, the Sixers shut the door on the coach Brett Brown era. Doc Rivers is the new hire, and former Houston Rockets general manager is the new president of basketball operations. It’s up to them to get Ben Simmons, Joel Embiid and Co. over the hump.

The hopes would have been much higher had Klay Thompson not been lost to yet another season-ending injury, but it might be foolish to bet against Stephen Curry. He still has Draymond Green and a roster full of players who have loads of experience.

Donovan Mitchell and Rudy Gobert are one of the league’s best inside-outside duos, and Bojan Bogdanovic has emerged as a strong complementary piece. One major problem is that Utah did not do anything in the offseason to address its lack of perimeter defense.

Phoenix didn’t get the playoff berth it wanted but an undefeated run in the bubble last season was impressive. With young stars Devin Booker and Deandre Ayton at the forefront of the Suns’ long-term plans, they traded for veteran guard Chris Paul to provide strong play and leadership.

Damian Lillard and CJ McCollum are elite scorers, but they must lead the effort to make the team better on defense. Adding Robert Covington will help in several areas, as will getting back a healthy Jusuf Nurkic for the start of the season.

Does James Harden want to be here? He is the only significant piece of the Mike D’Antoni/Daryl Morey era remaining now that Russell Westbrook has been traded for Washington’s John Wall, who hasn’t played in two seasons. New coach Stephen Silas has a big task ahead of him, both in keeping Harden happy and in guiding the Rockets to the playoffs.

Franchise cornerstone Zion Williamson will have his minutes restriction lifted this season, and it might be full-speed ahead for the Pelicans. They have some above-average pieces in Eric Bledsoe, Steven Adams, Lonzo Ball and Brandon Ingram, but the best days are coming in future years now that they have three extra first-round picks through trades.

There are a lot of new faces here, including Danilo Gallinari, Bogdan Bogdanovic and Rajon Rondo, so it’s going to take a while for the Hawks to develop chemistry. Luckily for Atlanta, building blocks Trae Young and John Collins likely will be ready to go. Still, don’t expect a hot start for the entire team.

So many questions surround the Pacers this season. The biggest is how the lineup that was used to playing one of the slowest paces in the league will deal with playing faster under new coach Nate Bjorkgren. Indiana is another candidate to get most of its wins in the second half of the season.

It’s impossible not to like Ja Morant and Jaren Jackson Jr. as a leading pair, but the Grizzlies have a lot of work to do if they want to become a championship contender. Jackson and newcomer Justise Winslow are injured and will not be ready for the season opener.

Trading oft-injured John Wall for Russell Westbrook and pairing him with Bradley Beal gives Washington one of the most dynamic backcourts in the league. That’s great on the surface, but there is significantly more roster upgrading to do to convince Beal to stay in Washington when he becomes a free agent after two more seasons.

Despite landing University of Georgia product Anthony Edwards with the No. 1 pick in the draft, the Timberwolves are far from whole. Led by D’Angelo Russell and Karl-Anthony Towns, the Timberwolves should be exciting to watch, but their roster construction seems odd. What are they going to do with all those wings?

Coach Steve Clifford preaches defense, and the Magic should be above average in that category. After Nikola Vucevic and Evan Fournier, however, they need to boost their offense through Aaron Gordon, Mo Bamba or Markelle Fultz to have a legitimate chance to make any noise in the playoffs.

Zach LaVine is proven as an elite scorer, but the Bulls need all of their promising young players to take another step or two if they are going to make any noise in the postseason. Adding Billy Donovan as head coach should be a big boost and give Chicago an idea of what it needs to add to the roster to get over the hump.

The Thunder were a plucky team last season, but general manager Sam Presti saw the reality and decided it was time to look at the future rather than try to take the next step with last season’s roster. Adding Trevor Ariza and Al Horford will be good for rising star Shai Gilgeous-Alexander, but with so many future first-round picks at their disposal, the Thunder are more concerned with 2022 and beyond.

It has been 14 seasons since the Kings qualified for playoffs, and this season would be considered a massive success if they broke that streak. De’Aaron Fox and Buddy Hield are a great backcourt tandem, but Sacramento lacks strength down low. That could change if Marvin Bagley III squashes his injury bug and reaches his potential.

The 23-year streak of making the playoffs ended last season, but veteran coach Gregg Popovich may have found a new faster style of play that fits his roster. Look for the Spurs to take advantage of that, especially because LaMarcus Aldridge plans to shoot and make more 3-pointers to space the floor for the slashers. There are unknowns, but don’t underestimate Popovich’s ability to get the most out of his lineup.

Charlotte made news when it signed Gordon Hayward in free agency, but that doesn’t mean the Hornets are going to be any closer to challenging for a title or even a playoff spot. No. 3 overall pick LaMelo Ball is also a good addition, but when Hayward is the closest player on the roster to being an All-Star, there is a long way to go. Making the playoffs would be a big accomplishment this season.

In a perfect world, Derrick Rose and Blake Griffin will play well enough in the first half of the season that other teams will want to trade assets or good young players to Detroit to get them. The Pistons are very much in rebuilding mode and even contending for a playoff berth would be a surprise.

The Cavs are in the same boat as the Pistons. They need more talent and can get some by off-loading veterans Andre Drummond and Kevin Love to contenders at some point this season. Adding Auburn product Isaac Okoro will help the defense, but Cleveland’s defense needs more help than one player can provide.

All the Knicks seem to do over the last decade is start over, and that’s the case again this season. Adding veteran coach Tom Thibodeau is a good start, but there is a lot of work to do before the Knicks can be even a threat to make the playoffs. The most work is required on defense, where New York has struggled for nearly two decades.