Has The UFC “Jumped The Shark”? 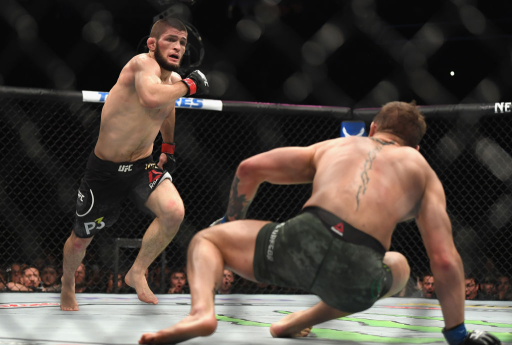 This past weekend saw what was meant to be one of the biggest fight cards in the history of the UFC. UFC 229 had a main event that pitted the undefeated Khabib Nurmagomedov against the boisterous Conor McGregor, and the hype around this fight has been going on for months. McGregor was returning to the UFC after two years away during which time he made an even bigger name for himself by taking on Floyd Mayweather in a boxing match.

The fight was decent, but there was a bizarre melee after Khabib won the fight that is all the press seems to be talking about now. In fact, if you hadn’t paid to watch the fight live and turned on the TV the next day, you may not have evenknown the fight took place based on the news stories coming out of Las Vegas.

This commotion (and the response by the UFC) lead me to ask this question:

Has the UFC “Jumped The Shark?

Now, for those of you who don’t know the meaning of that term, it refers to a very popular show in the 1970s – Happy Days – getting too big for their britches, and somehow filming a scene where it’s lead character waterskis over a shark all while wearing a signature leather jacket.

This is believed to be the pivotal moment when the immensely popular series started its demise. This is why I bring this question up about the UFC – are we seeing the beginning of the end of this sport? Here are a couple of thoughts aboutwhy this could very well be the case.

All sizzle, no steak

As mentioned, this fight seems to have been hyped for months – the very highly anticipated return of McGregor, who is one of the most popular fightersin the history of the sport, and the undefeated Russian who is being touted as one of the best tacticians the UFC have ever produced. You may not have heard about the fight itself, but ever since McGregor lost his mind at a press conference in New York earlier this year (which saw him in handcuffs by the end), it seems this pre-fight hype has been in our faces.

Look, I appreciate that the sport uses this hype to generate eyeballs and hopefully Pay Per View buysbut isn’t this all starting to become a little too much like the WWE? It seemed like all that mattered was that the UFC generated millions of dollars from this match rather than the quality of the fight itself.

When McGregor threw his tantrum in New York and landed himself in jail, we all assumed there would be swift punishment either from law enforcement or from the sport’s management. Dana White made some statement about the incident being unacceptable, and yet did virtually nothing to punish McGregor for his role.

Now, let’s skip ahead to the end of the fight, where a victorious Khabib (who seemednot to wantto let go of the choke hold he had on McGregor) jumped the fence of the ring and started attacking some of McGregor’s team. In the meantime, members of Khabib’s team entered the ring and started landing punches on the Irish fighter before security could step in. Again, while I can understand that tempers were flaring and the natural disdain between the Irish and the Russians could have spilled over, this turned downright scary.

In a room with thousands of people, this could have incited a riot. And yet, somehow, no charges are being filed, the fighters are being slapped with a small fine and an even smaller suspension, and we are now hearing about a possible rematch? This is no way to govern a sports body, especially in light of the upcoming changes to sports betting in the United States.

If the UFC is this great hype machine, then they need to be all-in when it comes to building out the personality of its fighters. The bottom line is this: the company makes the most money from a handful of very entertaining fighters, who continue to grow older and now don’t even win fights anymore. While it may be hard to create a persona from a quiet fighter, it should almost be part of the job in the company.

This is something the WWE perfected years ago, having its wrestlers come up with their own backstoriesand then building scripts around them. Yes, this would take away from the fights themselves, but if the quality is still there, the personalities will draw new people to the sport, which in turn will improve the bottom line. But, Dana White has to admit what seems to be the truth – this sport has jumped the shark. It’s time to own up to that fact and chart a path with entertainment as the goal.