Rays vs. Mariners May 5 Betting: Will runs be hard to come by in Seattle? 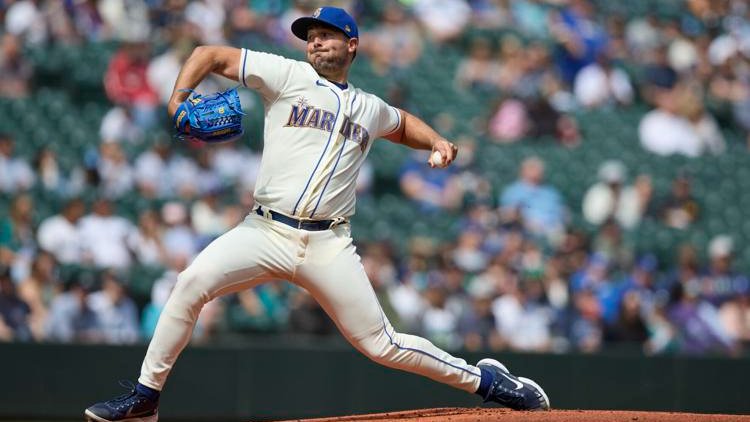 After taking two of three at home against the Seattle Mariners last week, the Tampa Bay Rays will look to continue their winning ways against the M’s tonight as they open a four-game set in Seattle.

In last week’s series in St. Pete, the Rays didn’t have to face Robbie Ray, who they faced six times last season in his AL Cy Young Award-winning campaign for the Toronto Blue Jays. But they will have to try to solve him tonight, with the Mariners tasked with doing the same with Shane McClanahan, who they didn’t see last week.

After a rough nine-game road trip, the Mariners will be glad to be back at T-Mobile Park. But will they have a winning return tonight, or will the Rays follow up a road sweep of the Oakland A’s with their sixth straight road win? Read on for our Rays vs. Mariners prediction and picks for tonight’s matchup.

Rays vs. Mariners Probable Starting Pitchers for May 5

Rays vs. Mariners May 5 Betting Odds

In his Mariners debut last month, Ray was outstanding, allowing just one run in seven innings to lead Seattle over Minnesota.

Since then, however, he has won only one of four starts. He hasn’t had another excellent outing, as he has allowed at least two runs in each start and has topped out at 6.1 innings.

But he could also benefit from a little more run support as well. In Ray’s five starts, the Mariners have scored only 18 runs.

Last Saturday, the three runs he allowed in the fifth inning were the only runs that the Miami Marlins managed all game. But Seattle’s bats tallied just a third-inning run against Jesus Luzardo and the Marlins bullpen.

McClanahan, who is tied for second in the majors in strikeouts with 42, is getting even less support. In his five starts, the Rays have just a dozen runs. Five came in his lone win of the season thus far, a 5-2 win over the Boston Red Sox on April 24. In the other four games, the Rays have been held to two runs three times and one run once.

Our sourced Rays vs. Mariners picks favor the over tonight, but the odds are not promising for the Rays to find success against Ray. Last season, he posted a 2.33 ERA in six starts against the Rays. Five starts were quality starts, and he went at least seven innings and allowed two or fewer runs four times.

Will things change for Seattle tonight? In their just-completed 2-7 road swing, they scored 27 runs, with 21 of those runs coming in three games.

Rays vs. Mariners Prediction and Picks

While the Mariners sorely need to pick things up on the road–where they are currently just 5-11–they want to make a serious run at the MLB playoffs this season, they just need to keep doing what they are doing at home, where they are 7-2 thus far.

That includes a series win over the Houston Astros, who, like the Rays, have a winning road record. Seattle is 2-1 as a home underdog so far this season, which is a small sample size at this point, but look for both Ray and the bats to blow off some steam in front of the home crowd tonight.

The 2022 French Open is underway at Stade Roland Garros in Paris, France, and we are already almost through the first week of play. Tomorrow, the remaining third-round matches will take place, after which the men’s and women’s singles draws will be down to their final 16 contenders. In both men’s and women’s singles, there END_OF_DOCUMENT_TOKEN_TO_BE_REPLACED