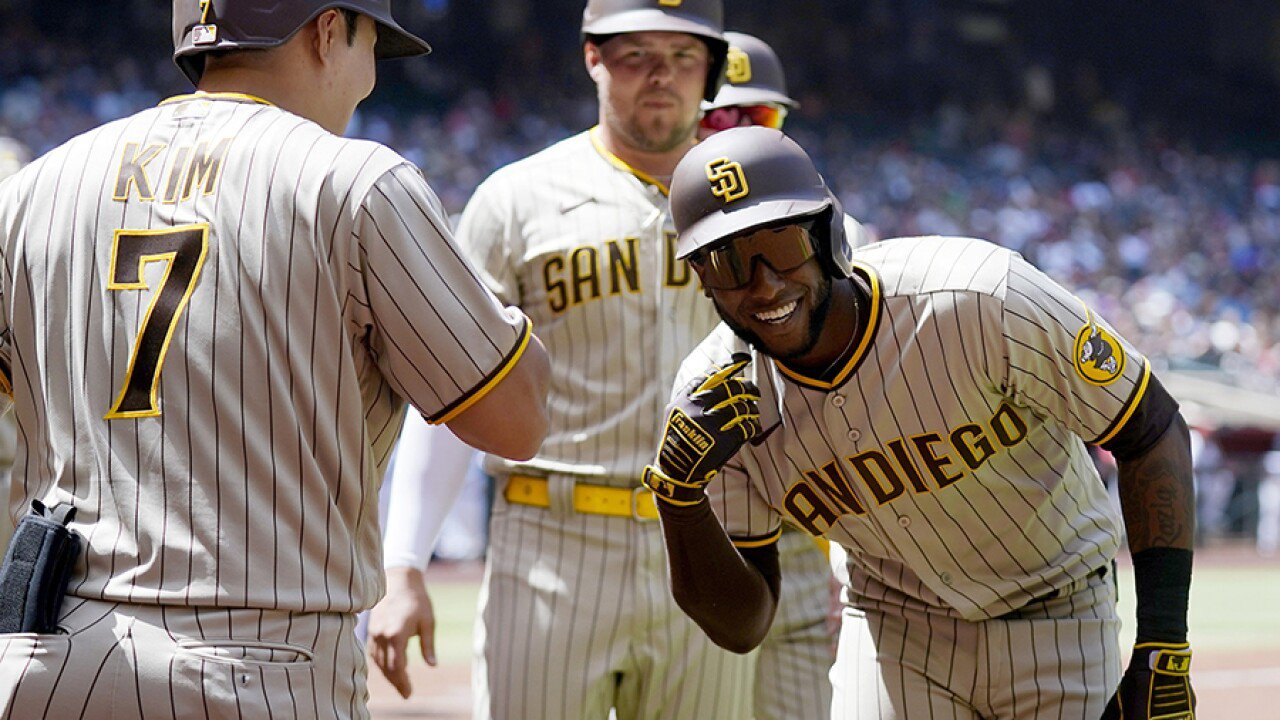 The San Diego Padres and San Francisco Giants both harbor hopes and expectations to be in the MLB playoffs this season, and both teams started the new season well. Tonight, the NL West rivals will open the first of six head-to-head series that they will play in 2022.

While the Los Angeles Dodgers sit atop the NL West division odds and also top 2022 World Series odds, the Giants and Padres both expect to push for a place in the expanded 12-team playoffs.

Odds to Reach the 2022 MLB Playoffs

Complete odds can be found here.

In their first season of the new MLB season, the Padres took three of four on the road against the Arizona Diamondbacks, winning three in a row after losing on Opening Day. The Giants, meanwhile, took two of three at home against the Miami Marlins, with all three games of the series being decided by one run.

Last season, the Padres opened the season predicted by many to be a leading World Series contender. Instead, they finished 79-83 and missed the playoffs entirely.

There were many reasons for their struggles, but starting pitching was one of the key issues. Of the five pitchers who started the most games for San Diego, only one, Joe Musgrove, had an ERA under 4.00. Also, Musgrove (11-9) and Blake Snell were the only two starters who finished above .500.

It’s too early to judge with any real certainty, and it was only the lowly Diamondbacks, but the first series of the season went well for Padres starters.

Starting Pitching for the San Diego Padres vs. the Arizona Diamondbacks (Four Games)

Sean Manaea (seven no-hit innings) and Yu Darvish (six no-hit innings) both allowed no runs and no hits. Both runs and five of the hits were allowed by Musgrove, who still went six innings and posted a quality start.

Nabil Crismatt opened in Sunday’s 10-5 win over Arizona after Blake Snell was scratched just before game time due to left adductor tightness, and Crismatt filled in well, pitching three shutout innings and striking out four.

Tonight, Melvin gives the ball to Nick Martinez, who will be making his first MLB start since 2017. When he last pitched in the majors, Martinez went 3-8 with a 5.66 ERA in 23 appearances (18 starts) for the Texas Rangers.

He spent the previous four years in Japan with the Hokkaido Nippon-Ham Fighters and Fukuoka SoftBank Hawks, going 21-22 with a 3.02 ERA in 63 appearances. Last year, he went 9-4 with a 1.60 ERA in 21 games (138 IP) for the Hawks and won a silver medal with the U.S. team at the Tokyo Olympics.

Martinez will be hoping he has similar success with his new MLB team that Wood experienced last year in his first season with the Giants. Wood struggled in 2019 with the Reds (1-3, 5.80 ERA in seven starts) and 2020 with the Dodgers (0-2, 6.39 ERA in nine appearances), but he was a key part of the Giants’ 107-win season and surprise run to the NL West title in 2021.

Look for Wood to pick up where he left off last season and for Martinez to do his part to keep the runs low in this one. The Giants didn’t exactly set the world on fire against the Marlins, scoring only ten runs in three games.

The 2022 Formula 1 season is only six races deep, but the race for this season’s championship alerady appears to be down to just two drivers. Last season, Red Bull driver Max Verstappen claimed his first Formula 1 World Drivers’ Championship in highly controversial circumstances, with Lewis Hamilton denied what would have been a record-breaking END_OF_DOCUMENT_TOKEN_TO_BE_REPLACED