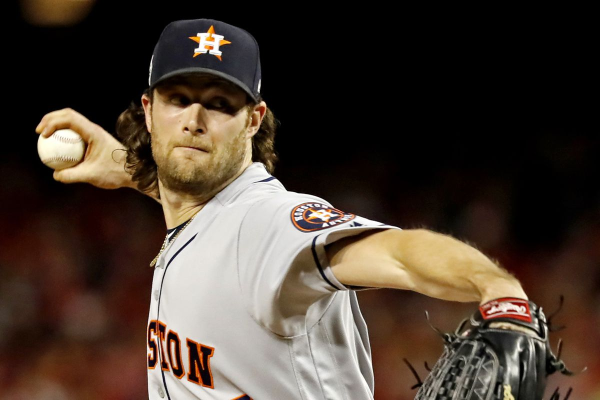 The 2019 World Series may still be fresh in our memories, but it’s never too early to look ahead to next year, with a number of teams feeling their championship aspirations rising every day.

So, as teams gear up under new managers and enter a free agency period with several big names on the market, it’s time to look at the top priority for the franchises aiming to contend in the 2020 season.

In order to whittle our list of teams down, let’s focus on only the teams with the six best odds of winning the 2020 World Series.

With the defending American League champs and a number of interesting teams on the list, let’s take a look at what each team needs to do in free agency in order to make a World Series victory a real possibility.

The Astros had the Washington Nationals on the ropes with two elimination games in the World Series, yet it was Washington’s year, and Houston fell just short.

In order to return to the World Series, the Astros will likely need to replace the arm of Gerrit Cole, who’s largely considered to be the best pitcher in baseball right now and will probably sign the biggest-ever deal for a pitcher elsewhere this offseason.

So, Houston could turn to Mets pitcher Zack Wheeler if it doesn’t resign Cole. Wheeler went 11-8 with a 3.96 ERA last year and could be a rewarding project next year.

For the first time since the 1910s, the Yankees didn’t win an American League pennant in a decade. If they want to change that in 2020, New York is likely to open the checkbook for a high-priced starting pitcher.

New York’s lineup was baseball’s best last year, so adding an arm like Cole would make the Yankees an instant favorite. And as perennial big-spenders, it would be no surprise to see New York win the Cole sweepstakes.

The formula seems simple for a Dodgers team that won an NL-best 106 games in 2019. In short, Los Angeles needs to return the majority of last year’s squad and perform better in the postseason.

With that formula in mind, the Dodgers need to re-sign Hyun-Jin Ryu, who spent most of 2019 as the favorite for the National League Cy Young Award. With a record of 14-5 and an ERA of 2.32, Ryu was one of baseball’s best arms last season.

A young, talented Braves team led by the likes of Ronald Acuna Jr. is poised to take the next step towards a World Series title. To do so, little needs to change.

Yet if the Braves want to improve, they could do so by bringing in another catcher or a proven arm, especially after declining the 2020 option for pitcher Julio Teheran, who went 15-10 with a 3.81 ERA in 2019.

It’s not often that the Red Sox miss out on postseason baseball, but that’s exactly what happened in 2019. Now, it appears the Red Sox have some work to do if they have a shot at bringing a World Series title to Boston.

With J.D. Martinez picking up his 2020 option, it appears that Mookie Betts could be on his way out with a trade. One way or another, it would seem a big bat could be leaving Boston soon, so replacing that bat with a cheaper option would make sense. Don’t be surprised to see Boston go for a Yasiel Puig or Marcell Ozuna.

The Indians barely missed out on postseason baseball after a year of injuries, but they have the talent on the roster to get right back into the mix.

If they can stay healthy, Cleveland would be wise to re-sign Puig, who came over at the trade deadline and provided a spark for the Indians in their playoff chase. With Puig, the Indians have enough in the rotation and the lineup to compete for a championship.