Astros vs. Mariners (July 22): Will it be a record-tying night for streaking Seattle? 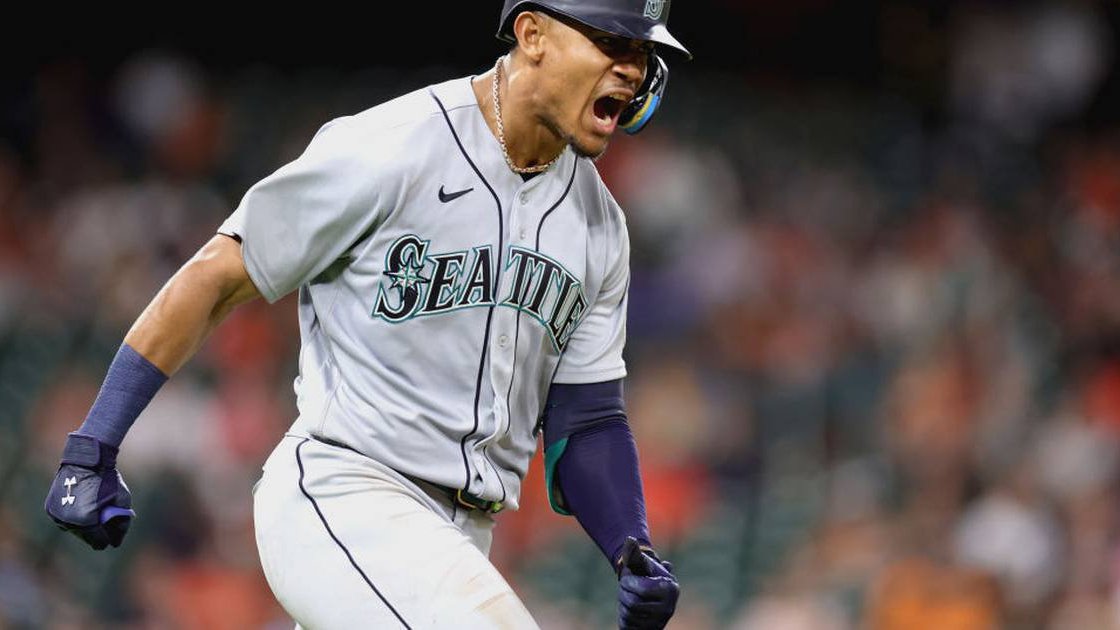 Tonight, in Seattle, two of MLB’s hottest teams face off as the Mariners and Astros open their series in Seattle.

Houston is on course to win their fifth AL West title in six seasons and enter tonight’s matchup with a 10-game lead over Seattle.

The Mariners may not be able to catch up to the Astros in the division, but this is starting to look like the year that they will finally return to the MLB playoffs for the first time since 2001.

Will Seattle tie a franchise record tonight with a 15th straight win? Or will Houston follow up Thursday’s doubleheader sweep of the New York Yankees by cooling off the red-hot Mariners?

Game odds are via FanDuel. This article may also feature odds from other legal online sports betting sites that we have reviewed and recommend.

Since then, the Mariners have won 22 of 25 games, including their last 14 in a row. And they enter this series having won eight consecutive series.

That hot streak has moved them into one of the three AL wild-card places, and they enter today’s MLB action three games ahead of the Boston Red Sox, who are the first team on the outside looking in.

However, they have shaved just three games off of Houston’s lead in the AL West, as the Astros have been in pretty blazing form themselves. In the same stretch in which the Mariners are 22-3, the Astros are 20-7.

Both of tonight’s starting pitchers have been done their part in their teams’ hot streaks. Since allowing five runs in 4.1 innings in a loss to Seattle on June 8, Urquidy is 5-1 with a 2.14 ERA and seven quality starts in seven starts.

Gonzales gave up five runs and 11 hits in six innings in his most recent start against the Texas Rangers eight days ago. But in his previous five starts, Gonzalez had posted a 2.51 ERA and had allowed two or fewer earned runs in each start.

Run support has been an issue on a number of occasions this season for Gonzales, as the Mariners have scored three or fewer runs ten times in his 18 starts.

Seattle is 1-9 in those games, and all but one of Gonzales’s nine credited losses have come when he has gotten three or fewer runs of support. It has happened twice against the Astros, against whom he is 1-2 with a 2.66 ERA in three starts this season.

But things could be in favor for him tonight if Seattle continues to be a problem team for Urquidy.

Of the four times that he has failed to pitch at least five full innings this season, three times have come against the Mariners.

This will probably be the night that Urquidy has a career-best start, because things in sports often don’t make sense.

But given how he has pitched against Seattle so far this season and how the Mariners are performing offensively during their hot streak–they have scored 5+ runs in 56 percent of their last 25 games after doing so in only 41 percent of their first 68 games–the home team and the over for their team total are by far the best bets here.