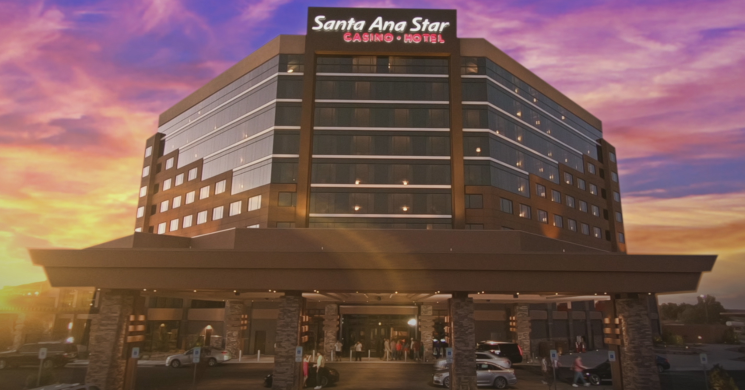 During the Global Gaming Expo in Las Vegas earlier this month, an announcement was made that a sportsbook would be launched at the Santa Ana Star Casino near Albuquerque, New Mexico. In a partnership with a company called US Bookmaking, the sportsbook at the Tribal Casino would set to launch on October 16th.

Now, many industry experts believed this was all a PR stunt, as there are no sports betting regulations in place in that state. Many doubters believed that there was no way this sportsbook would launch, despite the tribe believing that sports betting fell under their current compact with the state.

And so, everyone waited as the days ticked down to the 16th.

And, on that day, Santa Ana Star Casino opened the doors to their sportsbook and took their first wager. This was quickly followed by another, and another, and there was steady traffic for the remainder of that day.

Still, many people believed that it was only a matter of time before some enforcement agency would step in and stop the proceedings. Well, it is now almost November, and nothing has happened. So, the next question that has to be asked is: What does this mean for the rest of the United States?

Why did this tribe launch a sportsbook?

The tribe is certain that their gaming does not fall under state law, and this was something backed up by the Attorney General of New Mexico:

Sports betting at the Santa Ana Star Casino is governed by the Pueblo of Santa Ana Gaming Regulatory Commission, said New Mexico Attorney General spokesman David Carl. As such, we will closely monitor New Mexico’s tribal gaming compacts and work with the legislature for proper statutory and regulatory oversight to require responsible gaming and enhanced integrity to create an even playing field for all.

This is not the first tribe to make this move into sports betting, as in Mississippi there have been several tribal sportsbooks opened since the repeal of PASPA by the Supreme Court in May of 2018. However, the state of Mississippi had passed sports betting legislation that allowed for operators not on tribal land as well. The New Mexico decision is the first of its kind in a state with no current regulations, and this puts the pressure on the government to work with the Tribal leaders to ensure safety and integrity in the betting operations.

How this could affect the rest of the States

Since there was no disciplinary action taken against the Tribe for opening this sportsbook, it would appear that the doors have been flung open for other tribes around the United States. However, what happens next is a bit of a mystery. It is possible (and very likely in fact) that almost every other tribe in the country is looking through its compact to see if they have the ability to launch a sportsbook without having to wait for state-wide legislation. Only time will tell if another tribe decides to open a sportsbook, but it is a safe bet that any tribe that feels sports betting is covered by their compact will give it a go.

It is still too early to tell if there will be any backlash to this quick launch of a sportsbook in New Mexico. One thing is certain – we will all be waiting for the first set of numbers to come from the casino (assuming they provide them publicly). IF the numbers are strong, then you will probably see many more sportsbooks springing up in different parts of the country.

It is an exciting time for sports betting in the U.S., and deals like this one will go a long way in shaping the industry and blazing a trail for years to come.