This Week In Regulated US Sports Betting 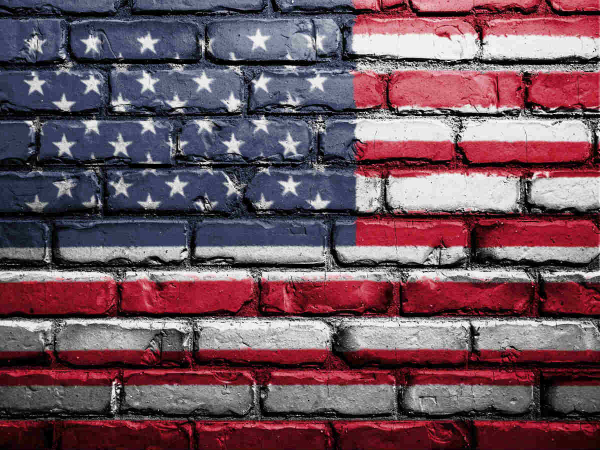 Well, this was a busier week than most when it comes to the U.S. gambling market. The week saw the annual Global Gaming Expo land in Las Vegas, and this conference is a must-attend for anyone in the gambling industry.

There were well over 20,000 attendees over the course of the four days, and many announcements came out of the event. Here’s a quick recap of everything that has been happening in the U.S. market this week.

A surprise of sorts took place in the regulated sports betting market this week when it was announced that the Santa Ana Star Casino in Santa Ana Pueblo, NM would start taking sports bets on October 16th.

The timing of the announcement coincided with the entire industry being in Las Vegas, which allowed for a lot of instant feedback. It was announced that the partner for sports betting at the tribal casino would be provided by a Nevada company, USBookmaking.

Many people were surprised hearing this news, as there was no indication that New Mexico was planning to table and pass sports betting legislation anytime soon. However, the way that Santa Ana Star is launching their sportsbook is with the opinion that sports betting falls under their compact.

While sports betting is not specifically mentioned in the compact, there is a provision for Class III games, under which the tribe believes sports betting falls. If the sportsbook launches without any pushback, it could provide a roadmap for other tribes across the U.S.

It sure seemed like the week of G2E was the right time for bold announcements, and none was more bold than one coming out of California. On Tuesday, a deal was announced by the joint venture of MGM and GVC known as MGM GVC Interactive to be the sports betting provider for the United Auburn Indian Community who own the Thunder Valley Casino.

Scott Butera, the head of the interactive gaming division for MGM said this of the deal:

We are excited to have a partner the caliber of UAIC as our first partner for MGM-GVC in Indian Country.

Now, this was yet another head-scratcher for the industry. There is nothing on the horizon in California with regards to sports betting legislation. In fact, the state has been painfully slow to pass any sort of gaming legislation, as can be seen in the fight to bring online poker and casino to the state over the last 5-7 years.

While we expect to see speculative deals like these announced across the U.S., this one seems particularly early and who knows what it will look like when regulations are finally put into place. However, in the age of fighting for airspace, this is definitely a smart play by MGM GVC Interactive.

This week it was also revealed that the Pennsylvania Gaming Control Board has approved its first sports betting licenses. Penn National Gaming and Greenwood Gaming and Entertainment are the first two companies to have their applications approved, although it seems that neither is in too big of a rush to get their products to market.

The early indications are that the sportsbooks will be ready to launch in November of this year, still being able to capitalize on the current NFL season.

One has to wonder why it is taking so long to complete this approval process. While speaking on a panel at G2E on sports betting, Susan Hensel, the Direction of Licensing for the Gaming Control Board, was forced to defend the state’s hefty application fee and tax structure.

Her response to a question on the topic was slightly defensive, suggesting that the fact that they had several applicants was enough to prove the numbers were valid. Only time will tell if this is the case or if the state will have to back down on its very high 36% tax rate on sports betting revenues.

One thing is for certain – there is a huge potential for gamblers in the state of Pennsylvania, and we expect to see huge numbers when the first two sportsbooks launch in the coming weeks.

Tonight’s NBA betting schedule is lacking in overly compelling matchups, but tonight’s action will also be taking place with a few notable names missing. Booker, Morant, and Lillard Sidelined Tonight and Beyond Booker Out Versus Pistons Due to Hamstring Injury The Phoenix Suns lost Devin Booker (hamstring) on Tuesday against Golden State but closed out END_OF_DOCUMENT_TOKEN_TO_BE_REPLACED