The Baddest Man on the Planet Steps Into esports Ring 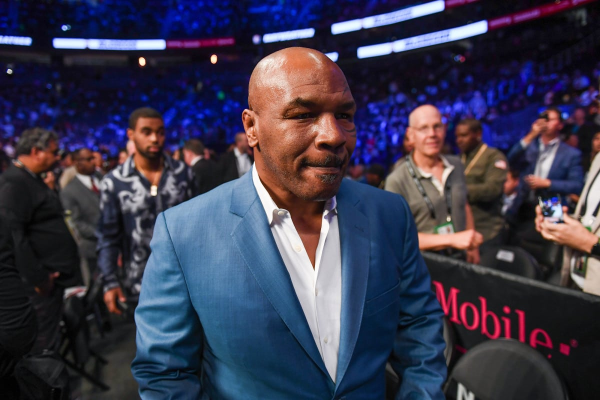 The consensus between young people is that old people do not belong in or around esports, as they are “reserved” for young kids. While that might be something most people would agree with, there is one “old man” who will not take “no” for an answer from anyone. That man is none other than Mike Tyson, who announced he will step into the esports ring with Fade 2 Karma.

Tyson To Invest In Fade 2 Karma

Fade 2 Karma (F2K), founded by Tim “Theude” Bergmann in 2015, started as a Hearthstone team. It has since branched into other similar card games, such as Magic The Gathering: Arena, Gwent, and Yu-Gi-Oh, bringing together players and streamers from all over the world. The team consists of competitive players, as well as well-known Twitch streamers. They can now even say they have Mike Tyson in their ranks as well.

At this point, we must clarify that Tyson will not become a professional player for F2K. While it would be interesting to see him sitting behind a computer with a headset on, trying to focus on what is happening on the screen, that won’t be the case here. Instead, Tyson, who is known to be a successful businessman, decided to invest in F2K, thus expanding his business into esports as well.

His strategic investment into the team will help Fade 2 Karma construct a new streaming facility near Los Angeles in El Segundo, which is also the home of Tyson Ranch, a now well-known marijuana resort owned by Tyson.

The new facility will be called “The Ranch House” to go along with the theme of his company. It will provide everything the F2K members will need under one roof, including private live streaming rooms, a performance stage for tournaments and content production as well as a rooftop party deck. “The Ranch House” promises to be the dream house of any streamer or gamer.

With the rise of esports, it’s not unusual to see businessmen, professional athletes and even teams, joining forces with esports teams. Seeing how popular the esports industry has become and the enormous business opportunity it offers, it was only a matter of time before we would see one of the sports legends joining in the party.

While we can assume the talks have been going on for a while, Tyson decided to announce his involvement with F2K on May 23 when he appeared on Alexandra “Alliestrasza” Macpherson’s stream. There he got a chance to engage with his new friends and test out the popular game Hearthstone for the first time. In an interview for ESPN, Mike Tyson said:

“It was pretty awesome. I had the opportunity to really engage with some millennials, which I never really actually do.

“This is the first time, and I thought it was pretty awesome. We played Hearthstone. I really sucked real bad. You have to start somewhere. I played games before, so I’m going to start over and see what happens from here.”

When asked how he got into esports, Tyson stated that his interest for esports started with his son, who by his words is a “gamer” and a fan of professional esports competitions. So it’s safe to say that a simple thing like taking notice of his son’s interests escalated rather quickly, and before we knew it, Tyson joined the esports world.

Adding the name “Mike Tyson” to the list of celebrity athletes who jumped into the esports water is a huge step forward for the industry as a whole. Joining the names like the former LA Lakers player Rick Fox, Golden State Warriors forward Jonas Jerebko, New York Yankees star Alex Rodriguez as well as Jennifer Lopez and Drake, who are all involved in the esports industry in their own way, Mike Tyson is only icing on the esports cake.