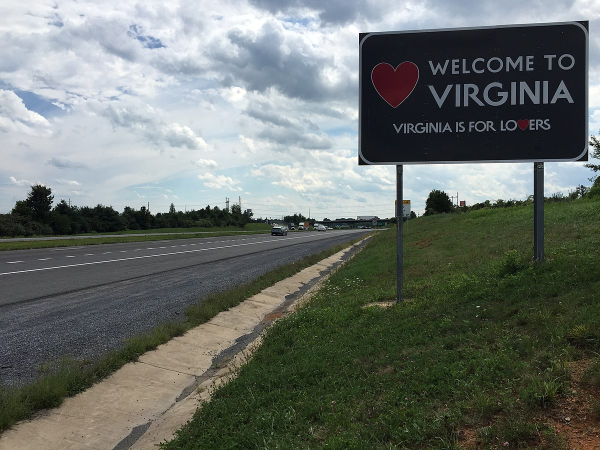 The eastern state has been one of the last holdouts without land-based casino gambling, but that could very well change in 2020, along with the addition of legal sports betting.

This week, residents of the state of Virginia who like the idea of sports betting were given a bit of hope when a pre-bill was filed to introduce sports betting as part of a larger initiative to add land-based casino gaming to the state.

The bill, known as House Bill Number 4, was filed by Republican Member Barry Knight, would not actually be discussed until the legislative session starts again January 8, 2020. However, by submitting this pre-bill, it is clear that the legislators would like this discussion and the possible passing of a bill to take place early in the next session of the Senate.

Virginia has not had casino gambling of any kind for decades, but the Governor has wanted to have the state become more progressive while also finding a way to add tax revenues to its coffers. By adding casino gambling, and then adding sports betting, the state will see its residents have less reason to travel out of state for their entertainment.

Part of a bigger picture

This pre-bill was filed in preparation of findings from a study to be released at the end of November by a committee tasked with researching gambling laws from other states. This study looked at neighboring states to determine what the best course of action is for Virginia, giving the state the best practices from more established gaming markets before making their own regulations.

According to the outline of House Bill No. 4, there would be a whole new set of Gaming laws enacted and enforced in Virginia. Along with that, casinos would be limited to “any city in which at least 40 percent of the assessed value of all real estate in such locality is exempt from local property taxation”. Several cities qualify for this distinction. However, any location must first be approved by a local referendum on the topic.

What about sports betting?

It’s hard to tell precisely what sports betting regulations would look like in the state based on the information in this Pre-Bill. At this point, there is no information on the number of potential licensees, the mobile accessibility of sites, or the tax rates imposed on operators. All we really know right now is that it appears the regulations would be the domain of the state lottery.

Now, a lot can happen between now and January 8th, as well as from that date to when an actual bill passes. What we do know is that any movement on the sports betting legalization front is a good thing, and we hope to see more details in early January.

Regardless of what turn this takes or the timeline, one town is already taking matters into their own hands. According to press reports, the town of Portsmouth has already cut a deal with Rush Street Gaming to develop a casino in their town should the legislation pass. When the time is right, this deal will be worth at least $10 million to the town in land fees alone, and the minimum investment required for any casino project as part of the Pre-Bill terms is $200 Million.

More on this to follow as the legislative session starts up again in Virginia in the New Year.