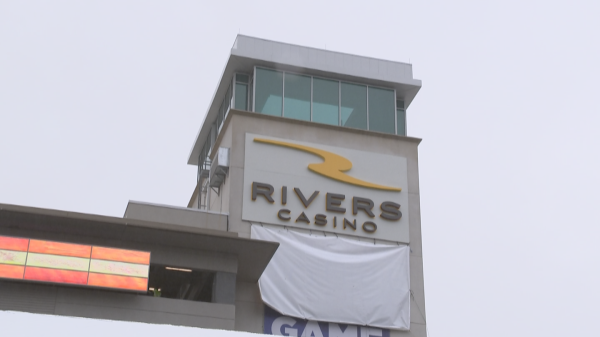 The numbers are in from sports betting operations in Pennsylvania, and the indications are of a robust betting market. Handle in the state for the month jumped 24% over September, moving the needle all the way to $241.5 Million. Revenues from sports betting, however, dropped a bit, decreasing by 1.1% to $19.1 Million. That is a hold percentage of 7.9% for the month, which is still higher than the typical sports betting historical holds which are closer to 6%. The hold percentage is an indicator that there are more casual bettors playing in Pennsylvania, and that is a trend that all operators both in state and across the country would like to see continue.

FanDuel at the top again

Breaking down the numbers from the report in more detail, we see that Fanduel is leading the way in market share, scooping up almost 49% of the combined online and digital handle in the state. Following behind in second place was Rivers Casino Philly, formerly known as Sugar House, but their handle figure of $37 million pales in comparison to the whopping $118 Million generated by Fanduel. The remaining handle was split between the handful of other operators in the state.

From a revenue standpoint, only two of the sportsbook operators posted seven-figure numbers. Fanduel, not surprisingly, led the way with just over $8.2 Million in Gross Revenue, while Parx managed to claw out $2.7 Million themselves. Of course, Pennsylvania operators are subject to an absurdly high tax rate of 36% of NGR, so the bottom line figures across the board for the state came in less $5.3 million held by the government.

Regardless, sports betting is showing great growth potential which must have the majority of operators particularly pleased.

Online and Mobile is the Future (and the Present)

This will again likely come as no shock to anyone, but online betting was far and away the most popular form of sports betting in Pennsylvania in October. For the month, 82% of all wagers were placed via a mobile device or computer, which is right in line with the numbers we have seen from more mature states like New Jersey. With Fanduel holding a 53% market share of the online business, they maintain a dominant position in the market.

With the online handle numbers being so staggeringly tilted towards online play, it is still surprising to see states either slowly phasing in mobile accessibility or not allowing it at all. Proposals like the one recently announced by a Tribal coalition in California have no provisions for mobile betting, which seems to be very short-sighted, especially when trying to combat the illegal offshore market.

More companies knocking at the door in PA

As we now turn from fall to winter, we have seen the start of both college and pro basketball seasons, with hockey and football already in full swing. This gives gamblers in Pennsylvania a lot of betting options, and with that also comes more choices of where to play. Many companies have either launched in November or are planning to do so this month. This includes Poker Stars, which has launched a poker site to go along with its Fox Bet sports betting partnership. It will be very interesting to watch the effect of having the world’s most well-known poker brand as a tool for acquisition. Their poker site is the only one live in the state currently, and the announcement of the PACOOP (PA Championship of Online Poker) starting in late November can only help put eyes on the site and its offerings.

One name you didn’t see in the October report was Draft Kings, who are another powerhouse sports betting provider in other regulated states. The Daily Fantasy giants are planning their PA sportsbook launch shortly, and despite being late to the game, we can expect their market share to grow rapidly given the number of registered players they already have in their database. Fanduel and Draft Kings lead the way in states like New Jersey and we imagine it will be the same in Pennsylvania.

We will also see the launch of European gaming company Unibet’s site open to PA players. This site will offer both sports and casino, and while early indications are that they will be using casino as the main entry point for players, their sportsbook product is excellent. Where European operators have struggled in the past entering markets on this side of the Atlantic is understanding the differences between those who bet more on American sports versus sports like soccer which dominate the European landscape. Hopefully Unibet has the right resources on the ground in PA so they don’t find themselves already swimming upstream right from launch.

Overall, this report is a very positive one. While the revenues were stable month to month, the increased handle shows a desire to play from residents in the great state of Pennsylvania, and with NFL heading towards playoffs and new entrants to the market coming before the end of 2019, we are certain that we’ll see positive numbers for the state again when the November numbers are released.