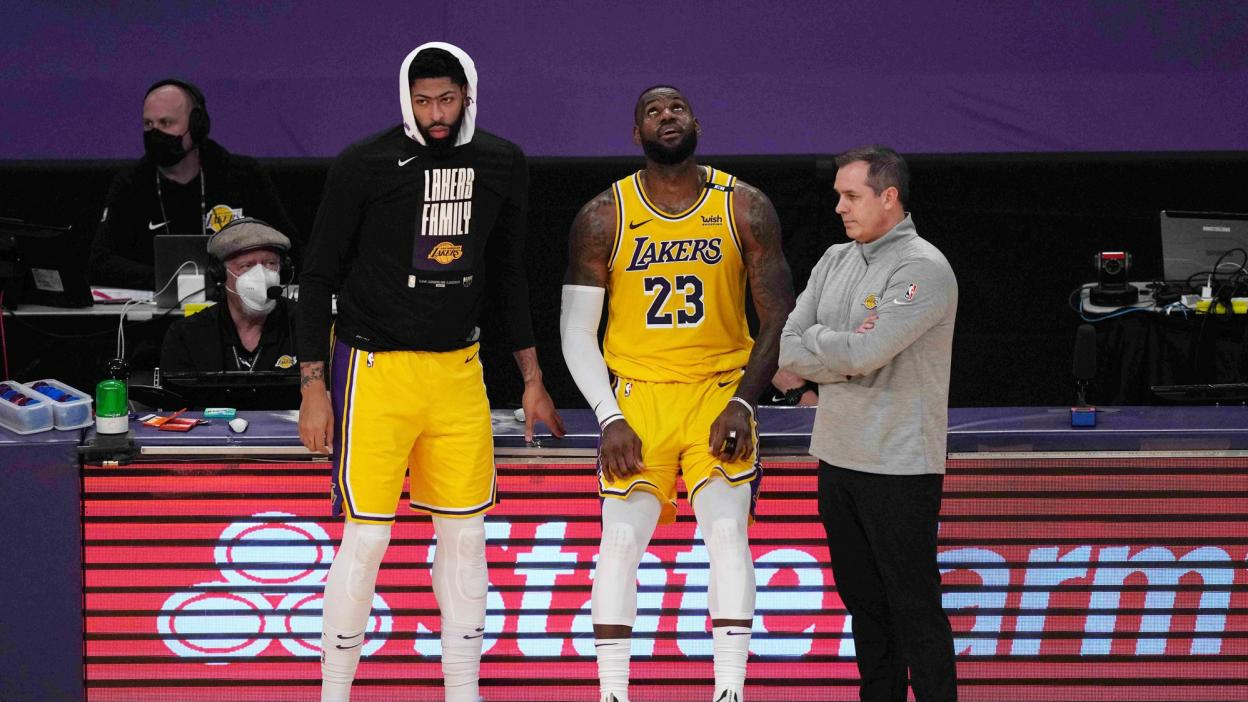 When LeBron James stalked off the Staples Center court – for the last time in competition during the 2020-21 season – after an elimination-game loss to the Suns, you could almost hear the bridge-jumpers tearing up their Lakers-to-win-the-title tickets.

The team at the top, the Brooklyn Nets, remains at the top of the NBA futures heap and is probably a stronger favorite than at any time during the postseason, but what about the Western Conference?

The Los Angeles Clippers, who outlasted the Dallas Mavericks in seven games, will take on the Utah Jazz in one conference semifinal. The Suns meet the Denver Nuggets in the other matchup. The Suns are 4-point favorites with BetMGM and DraftKings for the teams’ Game 1 meeting tonight.

The Jazz, with star Donovan Mitchell having returned to action, buried the Memphis Grizzlies to reach the second round and are +140 to reach the NBA Finals.

The skeptics continue to keep the Suns at longer odds than perhaps they should be. Phoenix finished only one game behind the Jazz in the regular-season race for the top record in the league. Yet the Suns were as high as +325 to reach the Finals, according to BetMGM on Friday afternoon.

But sportsbooks’ lines to win the NBA title are very aware of the Devin Booker-Chris Paul juggernaut that ended the Lakers’ season, shortening the odds from a high of 65-1 or more late last month to +800 at FanDuel and +750 at BetMGM on Friday.

"The Suns are our top liability out West and are now the second-biggest liability for us in the NBA championship outright market," Kevin Hennessy, communications director for FanDuel, told ESPN on Friday.

Phoenix is –205 to win its series against Denver. The Clippers-Mavericks series produced some intrigue, too. Although FanDuel listed the Mavs as favorites to win that series when the Mavs were ahead 3-2, it had the Clippers at +750 and the Mavs at +1200 to win the NBA title, reflecting some serious exposure should the Clippers get past Dallas.

No Competition for the Nets in the Eastern Conference

As for those Nets, there aren’t many sportsbook providing reason to climb on the Brooklyn bandwagon. The team led by the superstar triumvirate of Kevin Durant, James Harden and Kyrie Irving were listed at +175 (BetMGM) to win it all, and a very short –130 to win the Eastern Conference title heading into the second round.

The Nets defeated the Bucks in Game 1 of the Eastern Conference semifinals on Saturday, overcoming the loss of James Harden to coast past the Bucks. After their win, the Nets’ Eastern Conference odds are now -135 at BetMGM and -155 at FanDuel. Even though Harden is out for Game 2 and perhaps beyond, there doesn’t appear to be much NBA futures traction for the idea that Milwaukee can stay with Brooklyn.

BetMGM had the Bucks at +280; FanDuel at +270 to reach the Finals after their Game 1 loss. The Philadelphia 76ers, who lost to the Hawks yesterday and have concerns over Joel Embiid’s health hanging over them, sit at +500 and +600, respectively, at BetMGM and FanDuel. Meanwhile, Trae Young and the upstart Atlanta Hawks are at +850 and +900 after their series-opening win in Philadelphia.