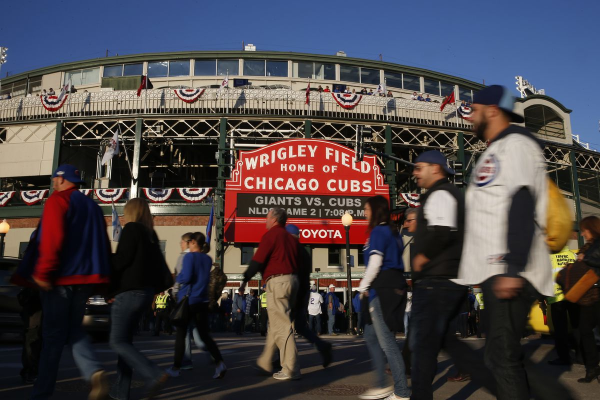 Illinois joins a growing number of states that have fully legalized sports wagering, but some bigger players are temporarily left out

With the full legalization of wagering in the state of Illinois, fans of the Chicago Bears, Chicago Cubs, Chicago White Sox, Chicago Blackhawks, and Chicago Bulls can finally put money on their favorite teams to win real money. The measure just recently passed with an overwhelming majority in the Illinois General Assembly.

Rather than outright legalizing gambling, the measure is merely an add-on piece of legislation to supplement existing regulations on thoroughbred racing and casino gambling. The provision makes it legal for those in the state of Illinois to gamble on sporting events in brick-and-mortar locations. Interestingly enough, it makes the likes of FanDuel and DraftKings — daily-fantasy type wagering — completely banned for a period of 18 months.

The measure also cites that the funds used from state-sanctioned gambling will go towards rebuilding infrastructure and other state-funded projects. As the state gradually rolls out other measures that will enable sports gambling, it’s speculated that the first availability of wagering will be at designated kiosks or desks at arenas, which are expected to be in major sports venues throughout Illinois, meaning fans can gamble in the same venue they could enjoy watching a game.

While fans and sports bettors are undoubtedly rejoicing at Illinois joining the ranks of legalized states, gambling experts like Daniel Wallach, a partner at the country’s very first sports betting law firm, are also pleased to see the development.

“The appeal of having sports facilities involved is a compelling one because unlike a casino or a race track — a sports facility already has consumers who are passionate about sports, and there are thousands of them already there,” said Daniel Wallach in a statement to the Illinois Journal Sentinel. “Having in-stadium betting will be able to tap into the most likely sports betting consumer. To me, it’s the next frontier.”

Wallach states that, initially, in-stadium betting will mostly be hands-off, but down the line, individual sports bettors in Illinois will be able to make wagering decisions for themselves. While Wallach is supportive of initiatives that empower sports bettors to engage with the games, he does not support measures that block out gambling partners like DraftKings or FanDuel because he claims that they are critical partners in siphoning away American sports bettors from illegal offshore platforms.

“It’s really about consumer choice and consumer protection,” Wallach further emphasized. “The goal is to eliminate as much [black market gambling] and having an open and competitive market place goes a long way towards eradicating the black market.”

Wallach isn’t alone in his disagreement with the policy blocking out major players. Jason Robbins, CEO of DraftKings, expressed disappointment in the measure. “While it is good to see sports betting bills passed, excluding DraftKings and FanDuel is like passing a ride-sharing bill that excludes Uber and Lyft. Very disappointing that Illinois customers will not have the best options available to them for 18 months,” Robbins tweeted on June 2.

Despite passing in the General Assembly, the bill just needs to receive a signature from Governor J.B. Pritzker before it can be fully put into law. Once signed, casinos and racetracks in the state will also be able to establish their own brick-and-mortar sports betting kiosks within their venues. Estimated costs for sports betting hosts as a result of the licensing will cost anywhere between $3 million and $10 million. Aside from sports betting alone, a brand-new casino is slated for construction in Chicago, slot machines can be built in airports, and more expansion will occur throughout the state as far as casino gambling is concerned.