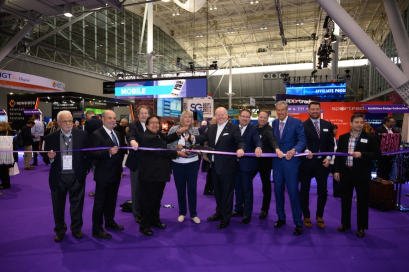 The American gambling industry converged today in Boston this week to discuss everything relating to the evolving landscape in the USA.

Here are some highlights of the first day of conferences at the ICE North America tradeshow.

In one of the most interesting conferences of the first day, the discussion revolved around the current state and future of the US market based on the experience of operators and leagues during the first year of sports betting in New Jersey.

On a panel comprising notably of officials of the NFL and Draftkings, the topic was mostly about what the licensed operators need to succeed in the market and how the leagues and states come into play in the fight against the offshore sportsbooks.

Unsurprisingly, both the NFL representative, Chris Halpin, and the CEO of Draftkings, Jason Robbins, agreed that a major determinant of success will be the position that the States take in terms of taxation and products made legal. If the states limit access to mobile wagering or push for too much taxes to be collected on operators or even players, the offshore sportsbooks and illegal operators will have a competitive advantage over the legal ones…

Aside from that crucial aspect, both league and operator know that they need to work hand in hand to offer more value to players than offshore operators.

The leagues can offer true real time and in-depth data to create new forms of betting but most importantly certainty for the players that the games and bet results are accurate and fair at all times.

The leagues will also have a role to play in bringing more casual players to the legal sports betting arena, maybe by participating in social betting apps or contests. With a median bet of $10 in the New Jersey market, according to Jason Robbins, it appears that a lot of casual bettors are already participating but with proper collaboration between Leagues and Operators, more betting options could be presented for prop betting or live betting.

Another conference on Day 1 touched base on the question of sports data ownership and the relationship between the leagues and operators. This panel was slightly more animated as the speakers had varying views. Two state senators were participating on the panel, Jon Ford of the Indiana Senate and Bill Coley of the Ohio Senate. They were accompanied by Dan Wallach, a lawyer specialized in gaming questions, Sara Sloane, a representative of the American Gaming Association trade group, and representing the leagues side, Andy Levinson of the PGA.

The question of the ownership of the data was contentious and Bill Coley made the interesting point that on the commodities stock market, the traders do not have to pay the underlying commodities produces a fee. The Chicago traders do not send a check to the soybean farmers when they trade on the price of their crop… Why would the operators then need to send a check to the leagues if they take a bet on their sport?

But Dan Wallach argued that the leagues are those putting on the show without which none of the betting would be possible and deserve a cut, if only because they can provide accurate data to the sportsbooks and other actors of the industry.

Andy Levinson, representing the PGA, concurred and gave a specific example to demonstrate the value that the leagues can bring to the table. On a normal PGA tour stop, 144 golfer take part, shooting 32000 shots per week and this is obviously a lot of information to accurately track. The PGA can provide true real time data using its Shottracker technology which should be seen as valuable to the operators who want to accept bets on the PGA tour. In baseball, MLB’s Statcast offers unparalleled levels of data which would allow operators to invent new markets, which is valuable in itself. By collaborating with the leagues and paying them, the operators can tap into this trove of data to better serve the betting public.

The main risk of it all was highlighted by Sara Sloan of the AGA. She basically agreed about the arguments regarding the value of the data but underlined a key economic risk: by making the leagues the monopoly on the sports data, pricing issues would arise and a fair price would be impossible to come by. This monopoly would create big risks for operators as well as they could be cut off entirely from the data if they don’t play ball like the Leagues would like them to.

In the end, no consensus was reached, and we are certainly going to keep reading and hearing about the issue of data ownership and the “integrity fee” for a long long time.

Going back to a lighter topic, a later conference discussed the ways that Leagues and sports betting businesses can work together to bring more Casual Sports fans to the betting windows.

Scott Kaufmann Ross, the NBA Head of Fantasy/gaming, mentioned that the NBA has been a frontrunner on the gambling question but explained that the Leagues need to make sure that they both help legal operators differentiate from the offshore by collaborating with them but do not do that at the expense of the fans, who might not all be forced to be exposed to gambling information.

With that idea in mind, the NBA created their NBA Pick’em tool so their fans can basically raise their hands and tell the league that they are interested in gambling. This way they don’t need to push gaming on people who are not interested and can target their messaging more accurately. According to Scott Kaufmann Ross, the gambling content needs to be an add-on, not the primary focus otherwise it can get boring to the sports fan.

Victor Bigio, Head of sportsbook at Sportech, underlined the same point by explaining that the way to offer gambling information to the public should be to offer them the choice. This could maybe take the form of an alternate audio feed more focused on gambling during the broadcast (similar to the SAP feature for alternative languages) or maybe a second screen experience, with a complement app. John Levy (The Score) mentioned the second screen element as well and especially the social aspect of it, including the chat feature that they set up on their app. In it, betting fans can discuss their pick and ideas and that social aspect needs to be seen as primordial. Of course, the mobile experience for all of it needs to come first.

On the media side of things, Jeff Gerttula (CBSSports Digital) explained that the fan engagement with betting would have value for the broadcasters as well as sports betting will help people enjoy sports 24/7 rather than just Sunday afternoon. A sports fan who places a bet would for instance be a lot more interested in watching European soccer on a weekday than if no betting took place…  Of course, the productivity of such employees will take a hit but that’s outside of this panel’s concern!

Interestingly, Chad Millman of the Action Network, mentioned a survey that they conducted. It revealed that in order of interest from the respondents, the sports and leagues that the public would be the most interested in betting on are the NBA, the NFL, eSports, the MLB, in this order.

A very motivating panel was touching base on the progress in Pennsylvania and the state of the market and good news abounded.

Mobile and online betting will be launched on July 15th 2019 but even without it, the legalization of sports betting has been a big boost for the local operators.

Susan Hensel of the Pennsylvania Gaming Control Board revealed that the launch of sportsbooks has dramatically increased foot traffic into the state casinos and both operators present on the panel concurred wholeheartedly.

Jeff Kaplan, of Penn National, also explained that the sportsbook launch helped bring a younger demographic to their racetracks and increased traffic overall which is good news for the struggling horse racing industry… They are also seeing more traffic on the casino table games side as a result so the sportsbook is clearly a net plus all around for the operator.

Richard Schwartz, Rush Interactive, explained that their casino partners have seen double digit business growth across the board. They have seen growth in gaming activity but also hospitality and restaurants, demonstrating the cross-promotion value of sports betting. This information will hopefully be heard in other states who might be on the fence for a launch of betting in their casinos or racetracks. There is just a lot to win for everyone, including the public who needs some new forms of entertainment!