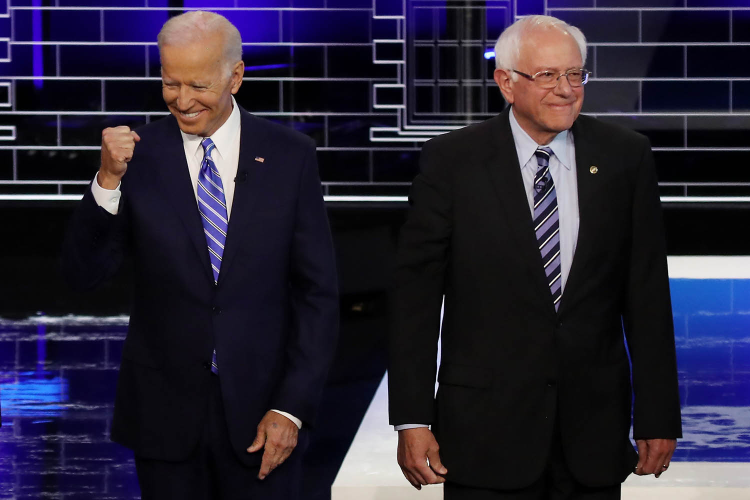 There are some people that love to bet on the sun coming up each morning. However, the COVID-19 outbreak has shut down virtually every sports league that matters, forcing people to change their way of thinking and look for new methods to support their habits. Looking into a glass ball of the future, it’s likely that we’ll see more of these pushback stories in terms of what we can and cannot bet on.

On Tuesday, FanDuel Sportsbook said (keyword: said) it received approval from the West Virginia Lottery earlier this week to put presidential election betting on its board. However, just two hours after making the announcement to release it, FanDuel had to quickly take it off the board at the request of West Virginia officials.

“Gambling on elections has been illegal in West Virginia since 1868,” said West Virginia Secretary of State Mac Warner. “Gambling on the outcome of an election has no place in our American democracy. Not today. Not tomorrow. Not ever. This is a terrible idea. Let’s shut this down right now and be very clear about it.”

According to West Virginia law, they are not lying:

“It shall be unlawful to bet or wager money or other thing of value on any election held in this state. Any person violating the provisions of this section shall be guilty of a misdemeanor, and, upon conviction thereof, he shall forfeit the value of the money or thing so bet or wagered and shall be fined not more than $50.”

Tuesday’s premature launch quickly became a dartboard for insults and highly aggressive questioning that came in a hurry. A spokesman for the West Virginia Lottery released a subsequent statement:

“It is my understanding that we were asked by the sportsbooks to allow betting on the presidential election, and it is being reviewed,” read a statement by a West Virginia Lottery spokesman. “I think possibly someone jumped before being given an approval.”

In the following hours after announcing the news of betting on the election, FanDuel released a follow-up statement:

“While the markets were approved, the West Virginia Lottery has asked FanDuel to refrain from offering the markets until they have time to fully work through the implications of this new market offering.”

Shortly after releasing that statement, FanDuel came out with another:

“The markets were initially approved. However, the West Virginia lottery has asked FanDuel to refrain from offering the markets until we have time to fully work through the implications and research it further.”

In that same release, FanDuel did mention that “local or state elections are not permitted.” Perhaps, if you’re looking to vote on your town’s upcoming election, you’ll have to make a friendly wager with one of your counterparts.

When FanDuel released the odds and categories the other day, they read like such:

If West Virginia ever changes its mind about offering these odds, now we know where to shift our attention first.

We are truly embarking on uncharted territory in terms of what we can and cannot be on these days. The COVID-19 outbreak is wreaking havoc all over the world, and the sports community is only one of many groups being affected. For the sake of the people, hopefully, this can all be solved soon.

With each day that passes, people are starting to get more and more creative – and that’s not always the best case.