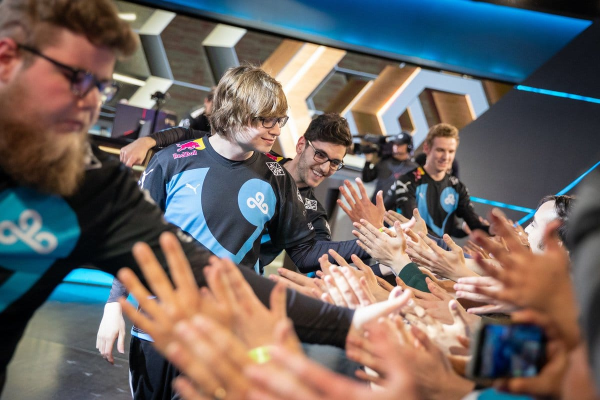 LCS Summer split is here, and with it the final split before the regional finals, which will determine the 3rd NA team that will qualify for 2019 World Championship. The opening match of LCS Summer will feature Cloud9 and FlyQuest,who will face off on the Summoner’s Rift on June 1.

On May 16, FlyQuest added Kim “Wadid” Bae-in to the team as their new support, who is expected to replace Juan “JayJ” Guibert in the bottom lane. The new addition “Wadid” is an experienced support, who has gained a lot of experience playing for Rising Star Gaming, SBENU Korea, Team ROCCAT, G2 Esports and, most recently, Rogue. Out of all the teams he played with, he enjoyed the most success with G2 Esports, a team which ended 3rd-4th in 2018 Worlds, which is also Wadid’s career-best achievement up to date.

But, just like any roster moves, the addition of Kim “Wadid” Bae-in to the team raised some eyebrows as it could (and most likely will) mean “JayJ” will get replaced by the newcomer. This is widely considered to be a questionable move from FlyQuest as “JayJ” and “Wildturtle” played well in the last split. Still, I believe the addition of “Wadid” to the team will ultimately be an upgrade, as he will bring a lot of experience into the NA team, which is something they desperately need to reach for the top spots in LCS.

Can Nisqy Perform Up To Par?

After the departure of Nicolaj “Jensen” Jensen from Cloud9 in November, a lot of Cloud9 fans were nervous about how their favorite team will perform without their star mid laner, which understandably caused some worried looks when Cloud9 brought in “Nisqy” as Jensen’s replacement. Stepping in Jensen’s shoes is no easy task, but looking at Cloud9 performance in the Spring split, we can comfortably say “Nisqy” performed well.

We would go even so far to say, Cloud9 does not look weaker without Jensen, which is something I did not imagine I would be saying. As for the rest of the team, there is not a lot to say which has not already been said. Licorice, Svenskeren, Zeyzal, and Sneaky are still the same players we know and enjoy watching. All in all, with the performances Cloud9 have shown in Spring split, I can say without a doubt in my mind they are a top 3 team heading into the Summer split.

Can FlyQuest Compete With Cloud9?

Looking back at the Spring split, it was Cloud9 who won 2-0 against FlyQuest, thus securing themselves as favorites against FlyQuest heading into the Summer split. At first glance, Cloud9 does come off as favorites, which is a fair assessment; however, we cannot underestimate FlyQuest.

Looking into the next split, we have talked about a “questionable” move of FlyQuest, who decided to mix up their bottom lane with the addition of Kim “Wadid” Bae-in to the team. While seeming like a bad move, this could and probably will have more benefits than negatives in the long run. Kim “Wadid” Bae-in is an extremely experienced player who will bring a lot of value to the team, who is struggling to get themselves in the elite 3.

While we could talk about the roster change, we need to answer the most important question: What does the addition of Kim “Wadid” Bae-in mean for the upcoming fixture? To be fair, it won’t have a huge impact on the outcome of the match, and while I do believe FlyQuest will be a much stronger team in the bottom lane going forward, the impact won’t be seen quickly, but rather gradually as we advance further into the LCS season.

As for our prediction for the upcoming fixture, the odds suggest Cloud9 (1.253) are clear favorites over FlyQuest (4-00), which is fair to assume, but not at those odds. Taking into consideration FlyQuest performances in Spring Split, when they took a match from MSI runners-up Team Liquid, they are more than capable of competing with Cloud9, especially in a Bo1 match. We have talked about Bo1 matches before, and I’ll mention it again. Bo1 matches are perfect for upset wins, which I do not believe is as unlikely to happen in the upcoming match as the odds might suggest. All in all, with odds of 4.00, we will gladly take FlyQuest to win, as it offers good value for our bet.