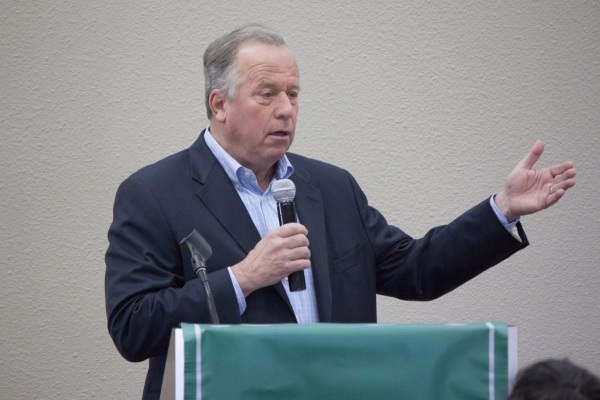 Last month, a proposal was presented by a coalition of tribes that would see sports betting legalized in California. Now, while this sent many in the state into a frenzy of excitement, the measure that was presented is far from an actual law being passed. At the very least, it sparked some conversations at the state level that have resulted in another announcement this week that a hearing would be held in January 2020 to try to advance their own bill.

Many constituents in California may not realize that what the Tribes have presented is different from the state attempting to amend the current gaming laws. The Tribes have always had their own interests at heart, and in the case of sports betting, they wish to maintain sole control over where and how people can make their wagers.

The state government, on the other hand, had already filed a constitutional amendment, ACA-16, in June of 2019. However, for this to be relevant when it goes on the ballot for the November 2020 elections, the bill details need to be completed. This is where the hearings come in – they will gather information and expertise from those in the space in order to prepare a comprehensive bill for the country’s most populated state. The hearing will be co-chaired by Senator Bill Dodd and Assemblyman Adam Gray.

Even a coalition doesn’t impress

The reaction to the proposal coming from the coalition of Tribes has been less than favorable. Senator Dodd has been the most vocal on the topic, claiming that the proposal was nothing more than the Tribes being protective of their own gaming history and not thinking with foresight to how the rest of the state may want to gamble in the future.

“This is just about the tribes and not about anyone else. It didn’t deal with online wagering; it didn’t take care of any of the short-term or long-term problems in the gambling industry except ones facing the tribes.” Dodd said in an interview. I’m not mad about it. I work in Sacramento, and special interests are everywhere.”

While it was impressive to see a coalition of 18 Tribes present their case (this is something they rarely agree upon as a whole), the shortsightedness of the actual proposal has clearly drawn a line in the sand between them and the state government.

Where to go from here

The bottom line from the state’s point of view is that sports betting, if regulated properly, can be a considerable boost to tax revenues in California. This would involve being far more modern in administering betting than the Tribes have suggested, including mobile and online as the obvious changes. With mobile driving the lion’s share of betting handle in states like New Jersey, it would make no sense to restrict betting in California to physical retail locations as the Tribes have suggested. “I think if we don’t include mobile, then sports betting will remain in the shadows in the state of California,” said Sen. Dodd. “Part of our goal is to take it out of the shadows, tax it for the benefit of public schools and make sure problem gamblers get the help they need.”

There is clearly a desire to have this sorted by the time the November ballots are out -Californians would be voting on the expansion of gaming in the state at that time. To make the deadline for the November 2020 vote, this bill must have two-thirds approval by the Senate 180 days before the election. Given the fight that has taken place over the last few years regarding the introduction of regulated online poker and casino games, it can be expected that the tribes will put up a significant fight for their beliefs. The public groundswell to add sports betting may be where the two issues are the most different, and this may swing the decision into the state’s favor in 2020.

One thing is for sure – this hearing in January will be a spirited one and will no doubt only be the start of the conversations and negotiations before any sports betting bill sees the light of day in the Golden State.