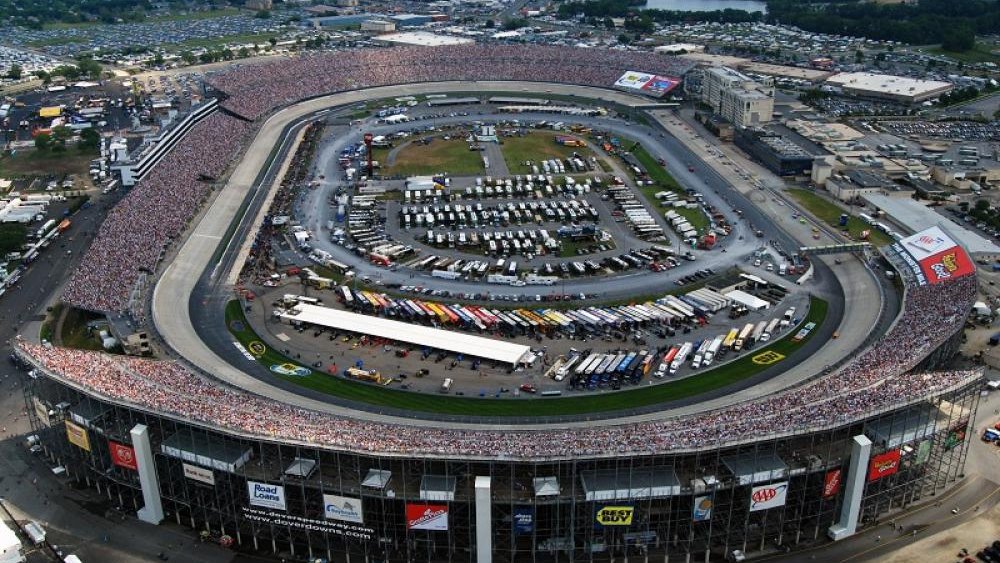 The NASCAR Cup Series moves to Dover, Delaware this weekend for the running of the DuraMAX Drydene 400 presented by RelaDyne.

Dover will mark the 11th race of the NASCAR season, and it has proven to be one of the toughest. With high banked corners and a difficult track layout, drivers have described the track as a rollercoaster.

Dover International Speedway is nicknamed the Monster Mile, and for good reason. The high speeds due to high banking make for a superspeedway feel on a mile long track. Big wrecks, collisions, and loss of control are common issues when the drivers visit this place.

Last season, Alex Bowman took home the victory for his first, and only, win at the track. He and his Hendrick teammates will look to continue their season dominance in the standings and bring another trophy back home.

Bet on the Top Team in NASCAR to Deliver at Dover

Kyle Larson, Chase Elliott, and William Byron have emerged as title favorites in the early parts of the season. The trio of Hendrick Motorsports drivers have combined for 3 wins this season and are sitting atop the championship standings.

Dover presents another opportunity for Kyle Larson to shine. He has been dominant since joining Hendrick Motorsports, winning 11 times in just 46 races. He runs extremely well on 1 mile and 1.5 mile tracks and is constantly improving.

Chase Elliott has not picked up a win this year, but he still leads all drivers in points and has picked up seven Top 10s in just 10 races. He has only failed to finish inside of the Top 15 one time this season.

William Byron is having his best season in the Cup Series since he joined in 2018. He has already won twice this year and has finished in the Top 5 four times.

With the results these three have had early on, it’s a safe bet to pick one of them to win again this weekend. Don’t count other drivers out when making your picks, however. Here are some other drivers to think about coming into the weekend:

Bowman won this race a year ago and has already found victory lane once this season. He is yet another Hendrick driver with a ton of talent on shorter tracks. Bowman has back-to-back Top 10s coming into Sunday and has failed to finish outside of the Top 15 in his last 8 races.

Kyle Busch is always a solid choice wherever the Cup Series goes. He finally picked up a win at the Bristol Dirt Race two weeks ago and finished in 3rd last week at Talladega. He has four straight Top 10s and is picking up momentum as we head for the middle part of the season.

Hamlin is always a threat at speedways. He picked up his 1st win of the season at Richmond Raceway last month and is hungry for a good finish.

Be careful with Hamlin though, as he has only finished inside the Top 15 three times this season. Most of his struggles have been unlucky, such as mechanical failures, wrecks, and running out of gas at the end of the race (last week at Talladega). He has the talent to win and has proven it this season. He is also due for a stretch of good runs, and that could start Sunday in Dover.

NASCAR at Dover Prediction and Pick

My pick for this week has to be Kyle Larson. He is so dominant on 1 mile tracks that it would take an unlucky event during the race to knock him out of the lead pack. Watch for him to be leading from start to finish on Sunday and secure his second win of the young season.

The 2022 French Open is underway at Stade Roland Garros in Paris, France, and we are already almost through the first week of play. Tomorrow, the remaining third-round matches will take place, after which the men’s and women’s singles draws will be down to their final 16 contenders. In both men’s and women’s singles, there END_OF_DOCUMENT_TOKEN_TO_BE_REPLACED