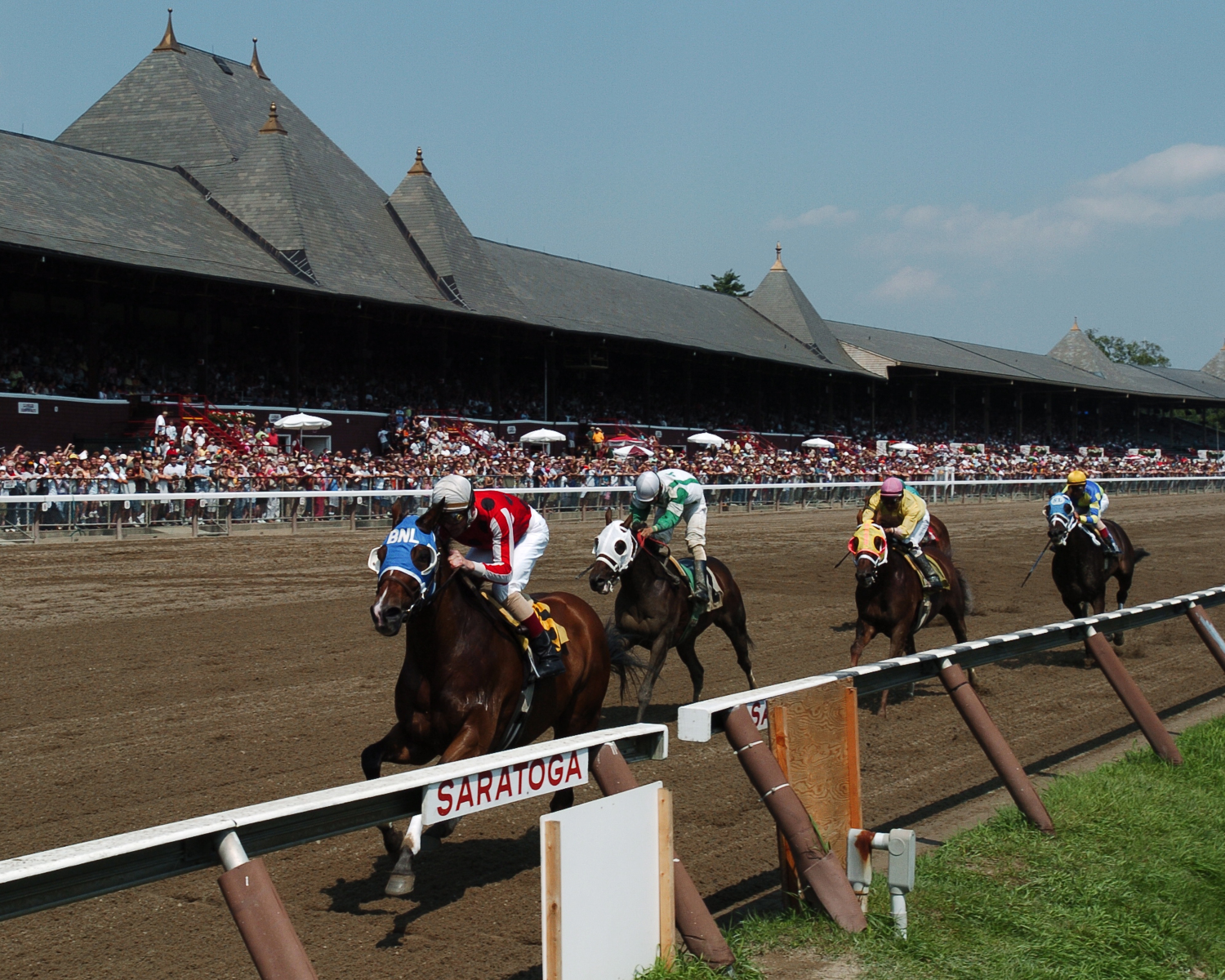 The likely favorite in this Grade 3 route for fillies is coming to us from Chile and has been working out in the states for a few months. She was destroying fields in the easier Chilean circuits and the Grade 1 wins over there are not equivalent to most Grade 2s states-side. She is probably very strong, but can she win on first asking?

In terms of pace analysis, it is an interesting race. A few other horses will be forwardly placed behind a single early-speed horse, so this is a race that should develop in the late stages. It looks like there is a bit of track bias at Saratoga, so the outside post-positions might hold a bit of advantage.

The race is open and there are question marks on the favorites.

Betting on others requires a bit of a leap of faith but can pay off nicely.

Number 1, FROST WISE broke her maiden right here at the Saratoga racetrack last year and since then has been doing ok in Allowance and ungraded stakes racing class. She has a stakes win at this distance earlier in the year and a place and the two races showed her versatility. FROST WISE can press the pace or go for the lead with good early speed. There is some early types on her outside so she will probably have to settle in the inside and pounce in the end but she will need the best performance of her career to win today. I doubt that FROST WISE can pull it off.

Number 2 VERVE’S TALE won a lower class stakes race here last year but has not won since, racing in Graded stakes company mostly. VERVE’S TALE has some early speed but is most likely to settle behind the pace. The speed figures this year are pretty consistently slightly shot for this class level but not unrealistic. The trainer has given her a long rest though and he is not known for success in that setting. There is not much in the profile to say that VERVE’S TALE could have progressed much, so I doubt that she has a prime chance here today.

Number 3, TIGER MOTH comes back to the Grade 3 class level where she has found success in the past. A few decent showings but no wins at higher class tells us that she should be well suited for this attempt, class-wise. TIGER MOTH was also given a long rest and she has done some of her best work when given time to heal. The trainer knows how to bring them back to form for a big event and he is having a great Saratoga meet so far this year… TIGER MOTH comes from far behind in the stretch and therefore needs a hot pace but at likely long odds, she is a good addition to the betting slips…

Number 4, WOW CAT is a Chilean import who will race for the first time in America after a 7 months layoff. She dominated a couple of Grade 1 races in Chile, but a Grade 1 in Chile is not a grade 1 in the USA… Still her trainer knows how to acclimate a foreign horse and wins at a good clip with these. WOW CAT has been training very well apparently and the trainer is having a superb Saratoga meet so far. WOW CAT will likely start slow and pounce in the stretch. She will have less racing room than usual for it though. At the morning line odds of 8-5, I do not like this bet and I think that it might be wise letting the betting public be impressed with the “fake” Grade 1 races and the unbeaten record. I will take a stand with longer odds horses.

Number 5 IVY BELL is coming down in class after some good races at Grade 1 and Grade 2 levels, but it will be the first time that she races for so long. In her last race, at higher class, she kind of tired in the stretch so it is not boding well for the further increased distance, despite the step down in class. The speed figures are consistently OK so that’s a plus and of course she races for a top trainer. The good workouts point to a good performance and IVY BELL should be able to stay close to the lead. She has a good chance, but I will need slightly longer odds to place a win bet on her.

Number 6, PACIFIC WIND is having a good year 2018 with a win at Grade 2 level and a 4th place last month in a Grade 1. Going back down to Grade 3 company should be a better fit and the superb workouts leading to this one are a sign that she is fit. The trainer is in form too and she is given to a trusted Jockey. PACIFIC WIND has the best speed figures in the group and with the likely form and more suitable class level, she certainly is a major threat today.

Number 7, FARRELL is the only pure early speed horse in the field and we can expect her to fly out of the gate and take the lead, probably pretty easily. She bested good field to grab the lead in higher class races, so she should go straight for it today with little opposition. She yielded in the stretch every time she did it this year though, including one attempt in a Grade 1 where she was given the chance to set a very slow pace. Considering the longer than usual distance, I tend to think that she will probably give way in the stretch but can still be part of the podium. Considering that, I will pass on the win, but FARRELL is a good choice in the exotic bets.

We will likely see a single horse going for the lead, FARRELL, but I don’t think that she can resist all the way to the finish line…

Horses placed forwardly in the lead up will have a good chance and there are many with this profile.

The likely betting favorite is new in town and definitely has a lot of appeal but there are some question marks which I don’t like with such short odds.

PACIFIC WIND seems to be in great form and to be well suited for this race at many levels. I expect her to do well today.

TIGER MOTH is likely going to start at long odds and would need a very hot pace to have the best chance but even without it, I think that she can come in the podium and make the exotic bets more interesting.

IVY BELL is well placed too but unless the odds go up, I prefer others for the win based on the distance factor.