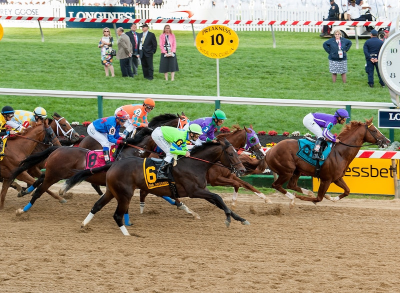 The second leg of the 2019 Triple Crown is of course a bit of a let-down after all the drama in the Kentucky Derby and the absence of Kentucky Derby Winner, Country House.

The first horse to cross the finish line in the Derby, Maximum Security, is also passing up on the Preakness.

We therefore cannot hope for a Triple Crown winner this year nor can we enjoy a tale of revenge and second chances. We do however have a nice field of quality horses who will still battle in one of the most prestigious races in the USA.

Analysis and picks for the Preakness Stakes 2019:

Number 1, WAR OF WILL once again draws the unlucky 1 spot in the starting gate but he did not do too poorly with it last out. WAR OF WILL is probably the horse that was the most affected by the disqualifying lane change of Maximum Security in the Kentucky Derby, so we need to rate his performance in that race as pretty good. WAR OF WILL has enough speed to get out of the hole and stay close to the leaders and with more racing luck, he has a chance today in the Preakness.

Number 2 BOURBON WAR did not qualify for the Kentucky Derby and will make his first start in over 45 days. Since his last race, where he did not make much an impression, he has trained decently but nothing of note. He is trying on Blinkers for the first time today but with a closing style, I am not sure if this can help him a ton. I think that Bourbon war can claim a minor prize but I don’t see him winning here.

Number 3, WARRIOR’S CHARGE is one of the many horses looking to grab the early lead in the race. He has done it a couple of times in a row and went on to win wire to wire both times but these races where of lesser class than today’s Preakness of course. The trainer is killing it recently and the horse has god speed figures to show but I think that he will be one of the casualties in the pace war.

Number 4, IMPROBABLE disappointed his many backers in the Kentucky Derby but to his credit, it is a race where you need a lot of luck and he did not get much of a break. Not a great race but he did not ridicule himself. Today, Improbable gets a new jockey and a quite experienced one too so maybe this will create a bit more luck right there. IMPROBABLE has the right racing style for the pace scenario today and a great starting position so he has a great chance in this race. As the favorite to win the Preakness, I am not sure that there is much value on a win bet but for sure he needs to be in the exotics.

Number 5 OWENDALE won a very good race last month, closing hard to win the Grade 3 Lexington in a very good time, after travelling outside all the way. Since, he has been showing off in workouts and considering the trainer’s current form, he is certainly primed for this Preakness. OWENDALE is a closer, so he will need a hot pace to have a good chance but I bet he will get it today and could win the race at interesting odds.

Number 6, MARKET KING has not won a race since his maiden but has always been an agitator in the early goings so we can expect him to participate in a early hot pace today. I don’t think that a pace war will benefit any participant in it but MARKET KING might be hurt the most so I think that we can pass on him today.

Number 7, ALWAYSMINING has always tried to go for the lead and has done well every time so we can expect that he will try again for it today. ALWAYSMINING is racing after his 7th win in a row which is something and he did race in decent races, though not of the Graded Stakes kind. ALWAYSMINING always managed to keep a decent pace going in these victories but this time I expect a lot harder competition so I believe that we will see his winning streak end today.

Number 8, SIGNALMAN was killing it as a two years old but has been disappointing so far at three. He did not take part in the Kentucky Derby as a result. SIGNALMAN is a closer so he should have a good setup today, but recent races do not indicate that he is very competitive. Don’t be fooled by the hot workouts, SIGNALMAN always runs well in the morning. It is not impossible given the pace profile, but I will bet on others.

Number 9, BODEXPRESS still has not won a race. Honestly, I could leave it at that. The connections love the horse evidently to put him in again in such a prestigious race but I am not sure that he deserves it. Even barring the bad result in the Kentucky Derby, which might excusable because of traffic, BODEXPRESS does not have very good credentials… I am passing on him again and wish he would go back down a few racing class levels to finally win something.

Number 10, EVERFAST has not won in a while but of course he was participating in some of the highest profile races in the land. It might be another case of unreasonable ambition by the owners because his performance in all of them was quite poor. I don’t think that EVERFAST has a place in this Preakness.

Number 11, LAUGHINGFOX comes in this Preakness off a win but the speed figure was not particularly impressive. To be honest, none of his speed figures in career are that impressive either so LAUGHINGFOX might be outmatched here. His racing style will fit in this race granted we do see a hot pace at the start so it is not impossible for a place, but I would not bet much on it.

Number 12, ANOTHERTWISTAFATE disappointed as the favorite in his last race and I don’t see much excuse for it on the videotape. To me it looks like a fair beat so I don’t think we can give him much credit there. Today, ANOTHERTWISTAFATE will start from the outside and has some early speed to we can expect that he gets a clear rune all the way, albeit travelling wide… I think that it will hurt his chances and that he will be overtaken in the stretch. He might well keep a place on the podium, but I don’t see it for the win

Number 13, WIN WIN WIN got into the Kentucky Derby on the back of losing races and he did not show much in the big race itself. Today he has a hard post position to start from but he does have a closing style that should come in handy today. In my book, he is still outmatched here and I don’t see him progressing now to actually win that race.

With the absence of the Kentucky Derby winner(s), we have a pretty interesting race with a somewhat weak favorite.

I think that the race will be won by a closer and I like the chances of OWENDALE to do it. He beat ANOTHERTWISTAFATE fairly last out and I think he will beat him again.

The morning line odds favorite, IMPROBABLE, has a good chance, to be sure but I don’t like the price… I think that there is no value in betting on him for the win but he must be on the exotic tickets for sure.

Another Kentucky Derby horse with a good chance is WAR OF WILL but again, I don’t think that the price will be good enough to justify a win bet. He will fight for the podium, however.