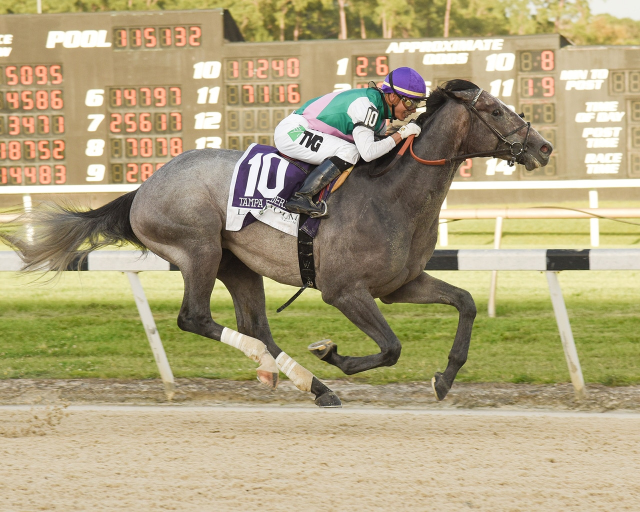 The 145th running of the Kentucky Derby figures to be a wide-open race that appeals to bettors of all skills levels and experiences. Given the big field and unpredictable nature of the proceedings, it’s likely that although a favorite may win, there’s plenty of money to be made in exactas, trifectas, and superfectas. In addition, Saturday’s forecast, which preliminarily calls for rain, will certainly improve the chances for some in the field and diminish the prospects for others.

Bob Baffert has prevailed in two of the last four Kentucky Derbies with both American Pharoah (2015) and Justify (2018) commencing their marches to the Triple Crown with wins on the first Saturday in May. In 2019, the West Coast-based trainer has three top contenders, Improbable, Game Winner, and Roadster. Of the trio, only Improbable has run on a wet track, losing by a length to Omaha Beach, who recently scratched, in the Arkansas Derby on a sloppy going.

As far as running styles, Improbable and Game Winner figure to be near or close to the lead, while Roadster has shown a propensity for coming from behind, flying home to win the Santa Anita Derby. Of note, both Improbable and Roadster have newer jockeys with Irad Ortiz, Jr. piloting Improbable and Florent Geroux getting the mount on Roadster. Joel Rosario has been aboard for five of the horses six lifetime starts.

Unbeaten Maximum Security is the epitome of mysterious and an enigma. Jason Servis’ horse has won 4 of his 4 lifetime starts with only one of them being a stake, the Florida Derby. The son of New Year’s Day has done his Derby preparations under the south Florida sun instead of shipping early to Kentucky. Servis is one of America’s hottest trainers in 2019, scoring at a 30% clip.

Looking to deliver his trainer his very first Derby victory in what has been a splendid and storied Hall of Fame career, Tacitus has won three in a row and is 1-for-1 on the off going. A good sign for backers of the son of Tapit is that Jose Ortiz elects to remain aboard after flirting with Baffert’s Improbable in Arkansas.

Wouldn’t be a Total Shock

Of this group, Vekoma has a Derby-best 469 “wet” number, although he has never run of an off track. Mike Trombetta’s Win Win Win turned in the best pre-Derby work of the group. Shug McGaughey’s Code of Honor is a deep closer who will benefit from a hot pace, looking to giving his trainer his second career Derby triumph following Orb (2013). Haikal, trained by Kiaran McLaughlin, saw his three-race win streak snapped in the Wood Memorial to Tacitus.

Would Need a Miracle

Of this group of longshots, perhaps the horse taking a look at is Todd Pletcher’s Cutting Humor. The Sunland Derby victor has shown the ability to come off the pace or take the lead. Bettors should dismiss a Pletcher runner at their own peril.