Early Odds to Win the 2021 Kentucky Derby: Life is Good for Value Hunters 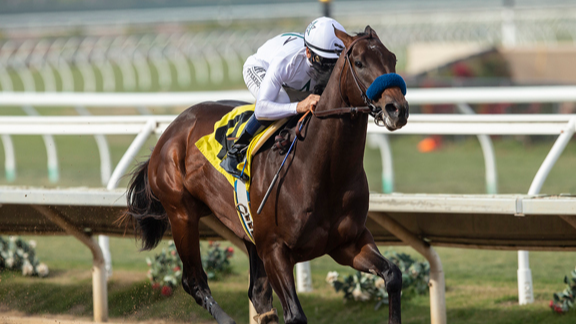 Mayday! Mayday! We have an urgent warning for the May 1 (“May Day”) Kentucky Derby: There is a popular horse who may be receiving too much attention.

OK, so when discussing Kentucky Derby futures wagering, maybe “urgent” is overcooking the narrative, but Life is Good may have opened the door for some value hunters who think the colt is a bit too popular.

The Bob Baffert-trained star won Saturday’s San Felipe Stakes at Santa Anita in convincing – if strange – fashion, rolling around the turn near the rail and finishing a pretty good distance from the rail – closer to the jockey scales at the line.

That performance from Life is Good collected the interest of the peripheral Kentucky Derby betting crowd and stamped him as a people’s choice in the Run for the Roses.

Bettors hammered Life is Good as various futures outlets debuted their latest prices. The Pool 4 of the Kentucky Derby Future Wager has Life is Good at 2-1; Circa Sports shortened the colt to 4-1, making him the favorite.

Here are a few legitimate contenders – there are many more than just this representation, of course – whose prices may be more of a value this week than last week.

(Futures odds listed below are from Unibet. It’s a rare March occurrence when “other” isn’t the favorite. As always, shopping at multiple outlets is encouraged.)

Odds to win the 2021 Kentucky Derby

Find all Kentucky Derby futures odds in the racing section at Unibet.

Credits: The champion 2-year-old remains undefeated, capturing the Feb. 27 Southwest at Oaklawn Park in his first 2021 start. He earned a 96 Beyer Speed Figure, pretty good for his first run after a long layoff. His backers will find his futures odds pretty similar to those of Life is Good. But if you believe in the quality of this guy over that of Life is Good, well, there’s your value.

Next race: Possibly the April 3 Blue Grass at Keeneland.

Credits: This guy is showing some serious upside – and an aptitude for distance while specializing at Aqueduct in New York. His victory in the 1 1/8-mile Withers was very much a promising Derby preview because of the fact he showed an encouraging abundance of late energy – indicating an affinity for longer races (like the Derby’s mile and a quarter, for example).

Next race: Likely the April 3 Wood Memorial at Aqueduct.

Credits: Another “home-field” horse, he’s won three consecutive starts – all at Gulfstream Park and two in big-time Derby preps: the Holy Bull and Fountain of Youth. He showed versatility and the requisite closing kick in the Fountain of Youth, making him a major contender if all goes well over the next six weeks or so.

Next race: The March 27 Florida Derby at, you guessed it, Gulfstream.

Credits: Mandaloun is not escaping notice, moving from 23-1 to 17-1 quickly on Monday. Trainer Brad Cox’s magic touch can’t be discounted, either, as Mandaloun’s stablemate Essential Quality represents the chance for a Derby exacta. Another strong finisher, he’ll be given an increase in distance for his next anticipated Kentucky Derby tune-up.

Next race: The March 20 Louisiana Derby at the Fair Grounds.

Credits: This is the chance for the true believer. At 66/1, Rombauer is seen as a horse on the rise. If he makes the starting gate at Churchill, he could provide the most lucrative reward of this cast.

He ran well late, finishing fifth in last November’s Breeders’ Cup Juvenile won by Essential Quality. With his victory in the unheralded El Camino Real Derby at Golden Gate over a synthetic course, his stock is rising. And now is the time to collect the crazy value his success May 1 could bring.

Credits: He looked great in his first career victory but still must qualify on the points-based Derby list. That maiden victory at one mile has value-hunters excited. The twinspires.com report that called his win “pretty much jaw-dropping” includes: “After shrugging off a challenge on the turn, Collaborate turned for home in command of a daylight lead, which he widened effortlessly under a hand ride. By the time Collaborate crossed the finish line in 1:36.35, he was 12 1/2 lengths clear of his closest pursuer.”

Next race: Perhaps the March 27 Florida Derby, where a first or second could be enough to put him the Kentucky Derby starting gate.

Among others to watch

Speculators to decide whether the value represents a chance to jump on board:

Yet another Brad Cox-trained competitor, Caddo River, has been bet down to 12-1; Medina Spirit (16-1), a second Baffert hopeful, ran second to Life Is Good in the San Felipe but doesn’t have much momentum; Proxy (25-1), sired by Tapit, will try to show he belongs when he runs in the Louisiana Derby.

So, for now, Life is Good is a virtually unbettable futures risk but very much a legitimate, elite contender. Trained by Baffert and ridden by Mike Smith, he won the San Felipe by eight lengths.

Bridge-jumpers, referencing last year’s post-time favorite Tiz the Law, are still asking, “Is 2-1 really too low?” Tiz the Law was 7-10 that day, but prior to last year’s strange season, the Derby favorite had a 20-year run with nobody starting as low as 2-1. (Point Given was 9-5 before running fifth in 2001.)