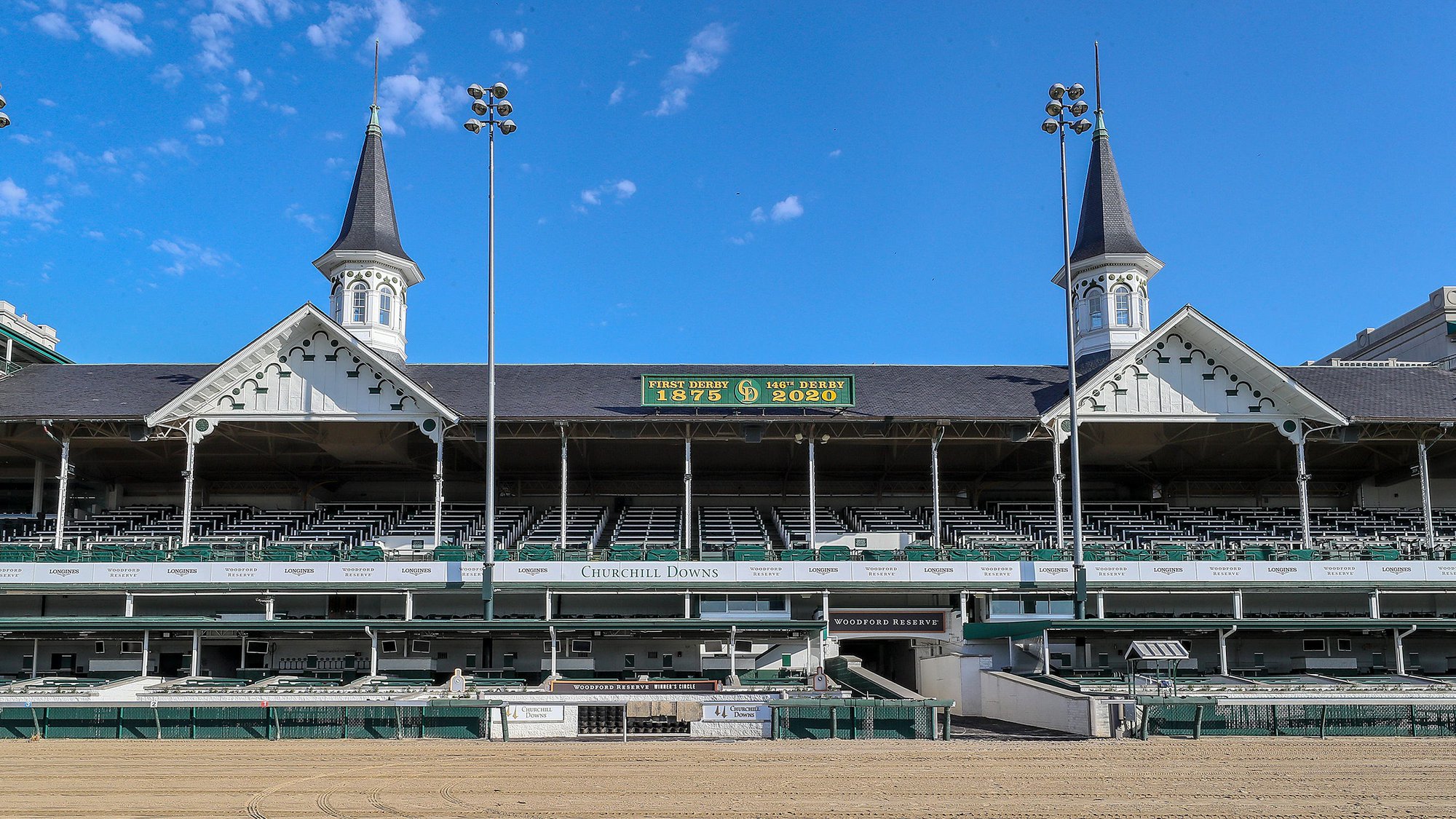 Churchill Downs experienced rain on Thursday which will likely persist through the early part of Friday. Moisture is an important aspect of handicapping races.

The Impact of Rain

Rain is a tricky handicapping element to deal with. The major challenge is that moisture retention in the track can flip typical track profiles upside down and change from race to race.

As a general rule when it is raining, tracks will be designated as sealed. This usually accompanies a track condition of sloppy. A sealed track is one that the maintenance crew has packed down. This prevents moisture from getting into the track.

While many think that sloppy surfaces would favor closers, it is actually often the exact opposite. The tight pack of the track makes it harder for horses from the back to find traction when they kick for home and can result in a merry-go-round race.

As the surface starts to dry out you will see the track upgraded to muddy or good. These conditions mean that the track is draining and trending back to a typical fast going. However, tracks have banking in them meaning that they slope down a bit toward the inner rail. Much of the drainage will go to that area of the course and this is where astute handicappers can make their money.

As the track starts to dry out the inside part of the course, where early speed often is, will start to become heavier than other parts of the track. This will often give the appearance of a brief closer bias. However, closer inspection will show that often the bias is in the dryer wider paths, which just so happens to be where the speed is coming from.

One of the advantages of Churchill Downs is that the track is predominantly made up of sand and clay which is optimal for drainage. If the rain stops during the card on Friday, it is quite possible that the track could be back to fast by days end. Nevertheless watching for these wet track changes could be a great separator to build your bankroll heading into the weekend.

#4 PRATHER was well thought of getting bet to just under 5-1 on debut for Steve Asmussen. He was eased in the race, but with a quick turnaround it seems precautionary rather than any type of actual ailment.#6 NOT THAT SERIOUS has speed figures against solid horses in the young career. #2 KISSALOT should be an early pace presence. #3 MADELYNS HEAT is 7-2 for the team of Hartman and Murrill which is a productive duo.

#2 JAZZY LADY appears the class of this group for Maker and Gaffalione. #1 CELESTIAL SPIN is a major player based on speed figures. #6 SEVEN KINGDOMS goes out for Tom Amoss who has been a bit cold of late, but the horse figures to get a complimentary setup. #5 QUEEN LOUISE has proven herself at this distance before.

#2 COUSTEAU should be on the lead early and that’s definitely the place to be in maiden claiming races. #4 CENTURION has solid breeding and may just be able to grind this group down late. #6 CHARGER has the best speed numbers in the young career. #1 POLSAR is an interesting runner at 12-1. The question will be how the horse fairs from being tight inside.

#5 CONTRACTOR BILL looks to have everything his own way in this spot. His speed figures are competitive and he will most assuredly be out on the front end, perhaps even alone. #2 COOL RUNNINGS is another that has a good chance here. He has been running well against better and goes out for good connections. #8 MARVELOUSMOONDANCE has the best speed numbers in the group. #6 IPSUM GRATUS is generous at 15-1. This one has hit the board at the distance before.

#5 MOONCHILD will get bet because of the connections but also seems to be one of the top performers on paper. Cox is good at everything and maiden claimers are no different. #1 EPICUREAN comes in on a good form cycle. The price will be right because of the money that will go to the top two on the board. Figure players will be all over #8 MEGAN'S CLARA who tops this field. #3 VILLAREGGIA is a price who may get the best of the pace scenario and could upset at a price.

#5 CANDY TYCOON has the class to win this race. He tends to zig zag between great runs and abysmal ones. He finished 7th last out. #4 BRIEFCASE BULLY is at a nice 8-1 for Cherie De Vaux who is a top notch conditioner. #3 SERMONONTHEMOUNT could have the most left in the final furlong. The question will be if it is enough to get the job done. #7 EBBEN looks good in this spot based on speed figures.

#10 FLASH MAGIC has the best speed numbers and will look to get the team of Asmussen and Santana back on a hot streak after a terrible Keeneland meet. #5 BEFORE YOU could get a perfect set up. His jockey is one of the best around. #6 SARAH HARPER is favored and should also like the setup, but the price is too short given the relatively small advantage she has on the field. #7 SUPER WONDER GIRL has the top Brisnet Prime Power rating which is often lethal on Churchill dirt sprints.

#2 SEMBLE JUSTE combines top speed numbers with great form for Kenny McPeek. #8 STRONG SILENT has numbers not far off the #2 and should be involved right from the start. #5 TOWN AVENGER is the class of the field and will look get relief today. #1 WINNING ROMANCE isn’t that far off the top numbers in this group and the price well worth the risk.

#5 MALPAIS looks like a free square in the last event of the evening with advantages in just about every statistical category. #12 MIDNIGHT PATRIOT is one that could get a positive race flow and hold up for 2nd, but isn’t likely to upset the #5. The post doesn’t help the cause. #8 THIRSTY BETRAYAL will be ridden by Joe Talamo who gives some really crafty rides. #3 SKYSCANNER drew well and hasn’t done anything wrong of late. This is a good one to spice up the verticals.

Check out more handicapping tools and selections on Betting News for Churchill Downs and other tracks around the country.

It has been a miserable month for the Seattle Mariners, and things are unlikely to get any better tonight as they welcome AL Cy Young Award favorite Justin Verlander and the Houston Astros to T-Mobile Park. After just missing out on the MLB playoffs last season, the Mariners entered this season with hopes of finally END_OF_DOCUMENT_TOKEN_TO_BE_REPLACED