Breeders’ Cup 2018 analysis and picks: BC Turf at Churchill Downs 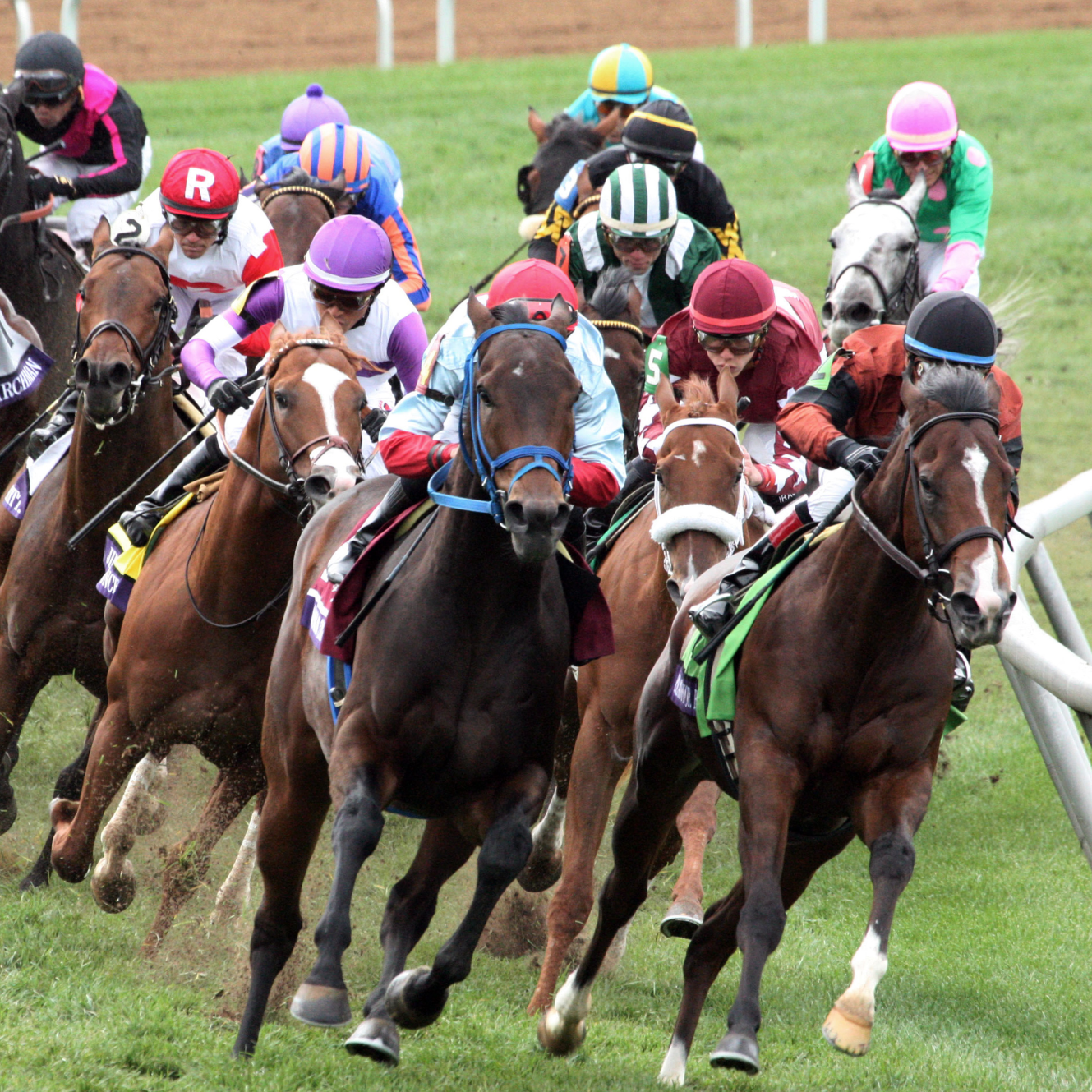 The Breeders’ Cup Turf is always the most interesting horse race run on the grass in the USA and the 2018 edition is no exception. We have some of the best turf horses in the world going on a mile and a half and horses bred in 6 different countries are taking part.

Interestingly, on the Churchill Downs Turf course it pays off to have early speed and stay on or close to the lead. We have multiple horses with early speed today however and therefore we can expect a pretty swift pace which could advantage someone with a bit of late kick.

The favorite in the race checks all the boxes and should be hard to beat but there are some longer shots who could come and spice up the exotic payouts.

Analysis and picks for the Breeders’ Cup Turf 2018 at Churchill Downs on November 3rd 2018:

Number 1, TALISMANIC won the BC Turf last year and comes back for more but it looks like he might have lost a step in 2018 and he does not come into the race as strong as last year. He was beat by a few of today’s opponents and his only wins so far have been a Group 3 and an ungraded stakes which are very far in terms of class compared to this Breeders’ Cup race. TALISMANIC is a good horse but probably not good enough today.

Number 2 ENABLE. Where to start? Maybe 7 straight Graded stakes races including two of arguably the best turf race in the world, the Prix de l’Arc de Triomphe in France. ENABLE has not raced a lot this year but considering that she won her last Group 1 only a month ago, it looks like she is still the best turf horse in the world. Today, ENABLE has another tool in his arsenal in that she is able to take and keep the lead if she wants to or can just sit back and pounce in the stretch, which might be better if the pace goes hot. ENABLE is the favorite for a reason and honestly, she seems a head above the crowd in terms of class. Unless she is allergic to Lasix or to Kentucky, she should be able to win.

Number 3, CHANNEL MAKER demonstrated that he could sustain some hot pace and still win going away against some of today’s rival. In their last race, he beat Robert Bruce and Sadler’s Joy fairly and in the previous contest he lost to Glorious Empire but was able to match pace with him and not lose ground in the stretch despite a slightly harder trip on the Inner Turf course. CHANNEL MAKER is in a good position to grab the lead or stay right behind it and he has shown that he has what it takes to maintain momentum and grab a place on the podium.

Number 4, ROBERT BRUCE was not able to capitalize on the hot pace set by opponents in their last race despite what would have been a perfect setup for his late running style. Earlier in the summer ROBERT BRUCE faced a few of these rivals in the Manhattan Stakes but came up short, possibly due in part to traffic trouble. ROBERT BRUCE works for the best trainer this year but he will probably fall behind once again and could face traffic once again too. All in all, I think that ROBERT BRUCE does not have that great a chance here.

Number 5 MAGICAL comes to us straight from Europe where she has done his best running on deep tracks. With today’s weather relatively pleasant, she should not have his favorite softness and that can only hurt her chances.  MAGICAL has won at the Grade 1 level and she has some tactical speed to not be too poorly placed come the stretch but she still seems a bit inconsistent and not as classy as the rest of the field and I therefore don’t think she is a main contender here.

Number 6, ARKLOW is coming up in class for this race and has ways to go to be competitive against this field. He never won above the Grade 3 level and there is an ocean of class between these races and the Breeders’ Cup. It looks very difficult for ARKLOW today.

Number 7, GLORIOUS EMPIRE never let go of the lead in his last two starts and beat a few of today’s opponents in them. We can expect him to once again made a run for the lead and to try to hold on to it.  GLORIOUS EMPIRE took a vacation since his last win and that has worked well for him and his trainer in the past. It will be hard to hang on all the way this time against some of the best turf horses in the world, but maybe GLORIOUS EMPIRE can keep a spot on the podium

Number 8, LIAM THE CHARMER is coming up both in class and in distance but his late running style might allow him to take advantage of some extra yardage. Still, his past performances are weaker than the main contender and it would be a surprise to see him do great in this race.

Number 9, QUARTETO DE CORDAS is a rare sight in the US as he flies over from Brazil which is not a major horse racing nation to be honest. QUARTETO DE CORDAS has one Grade 1 win over there and a near miss in August but both were on heavy grounds and a Grade 1 in Brazil is probably as good as a Grade 3 here. It would be a major upset to see QUARTETO DE CORDAS even grab a place.

Number 10, HI HAPPY has been doing pretty well in 2018, bagging a couple of Graded stakes in the spring and coming close last out. HI HAPPY is pretty consistent and tends to stay close to the lead which should be a sound strategy today. He has been beaten a few times by this group however, so we can’t rate HI HAPPY with a major chance but a spot on the superfecta is not out of the question considering his regularity.

Number 11, SADLER’S JOY has been beaten repeatedly by today’s opposition, so when you add a foreign threat in Enable to the mix you can seriously question his chance to win this race. The fact that SADLER’S JOY always come from far behind, and will need to negotiate traffic as a result, definitely does not help. A place is not out of the question with a lot of luck but I am not betting on that.

Number 12, WALDGEIST had been crushing it in France before he faced Enable in the Prix de l’Arc de Triomphe but even in that race he did not demerit. WALDGEIST loves this distance and has enough tactical speed to get placed right behind the leaders which will be a good spot today. With his post position he risks getting parked outside all the way which would hurt his chances however. WALDGEIST has a good chance for a place but with his starting odds expected low, I am not sure that he would bring value to the exotic tickets.

Number 13, HUNTING HORN has never won above the Grade 3 level and has done poorly in his American tries so far in his career. The distance is probably too long for him too and the post position will not help with that either. It feels safe to disregard HUNTING HORN’s chances today.

ENABLE appears to be a deserving favorite based on her class and versatility. Having drawn a good post position can also help her and she should play a part in the finish.

Her starting gate neighbour, CHANNEL MAKER, also brings some versatility to the race and should be on the podium.

Another candidate for a podium but less interesting to bet on is WALDGEIST. He might get parked outside all the way and probably can’t take on ENABLE but a place is definitely possible