Betting the 2019 Belmont: The Inside Angles 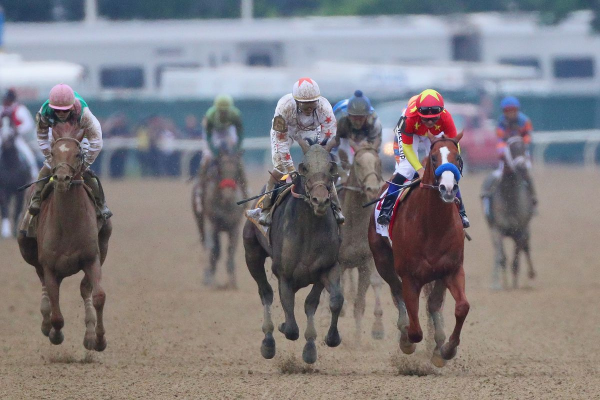 While the Belmont Stakes will have all eyes watching come Saturday, this year’s running of the Triple Crown’s oldest race has other intriguing angles

The third leg in horse racing’s grandest spectacle, the Triple Crown, Saturday’s Belmont Stakes will have casual fans and hardcore handicappers alike turning their attention to Belmont Park. While casual fans will be tuning in to see if War of Will can win two-thirds of the Triple Crown, handicappers will be keen to remember that there are a lot of other plays to make on race day aside from just the Belmont Stakes alone.

As race day is only days away, here are some of the most critical angles to keep an eye on, whether you’re looking to bet the whole card or just the main event. Before getting into some bets to keep an eye, keep these couple of simple tips in mind.

Horse Racing is a marathon, not a sprint. No different than other forms of gambling, Saturday’s card is an exercise in money management. While the spectacle often drives many to wager large bankrolls, be shy about how much to place on a race if you can’t tell the difference between a filly and mare.

Be selective and bet these races for fun. Horse racing, while heavily handicapped and incredibly popular, is also extremely hard to predict.

Fading Favorites Can Be Profitable

“Fade the public” is a popular maxim in the realm of sports betting. While not always true, the sentiment of the phrase is worth examining. Essentially, avoid buying into the analysis that the crowds buy in to. Don’t be afraid to be a little contrarian when betting the Belmont (or any horse race, for that matter).

Since thoroughbreds first ran the dirt track in the Belmont Stakes way back when, we’ve had over 150 races. Out of those 150, the favored horse has won 42 percent of the time. And even more importantly, in the last 15, the favorite has only won three times.

Justify, last year’s victor and Triple Crown winner, was a favorite to win the Stakes, but prior to that, it was American Pharoah in 2015. Ten years before him, it was Afleet Alex in 2005. We’re not telling you to blindly fade Tacitus, who is this year’s favored horse, but we’re just giving you a heads-up.

It’s All In the Family

Legacy is often a great predictor of victors in horse racing, and this year’s contest is no different. In three of the last five Belmont Stakes, an offspring of Tapit has won the race.

This year, if you’re looking to cash in on the lineage of victors angle, then you need to keep an eye on a few horses: Tacitus (this year’s favorite), Bourbon War, and Intrepid Heart. While it’s not a surefire guarantee, it’s still a fascinating angle to keep in mind for this year’s contest.

Longshots are a popular play in races. Small bets — some as small as a dollar or two — can net bettors massive payouts. But if you’re looking to risk a little to win a lot, don’t get too crazy. While upsets have often happened at the Belmont, it’s been eight years since we’ve seen a substantial upset.

Ruler On Ice won at around odds equivalent to 25-1 in 2011. Seventeen years ago, Sarava won as the all-time biggest underdog in the Belmont at 70-1 odds. This year’s biggest underdog is the No. 1 horse, Joevia, who’s currently listed as a 30-1 underdog.

Whatever wagers you do plan to make (or maybe you’re not wagering at all), be sure to cherish what is one of sports gambling’s oldest pastimes.