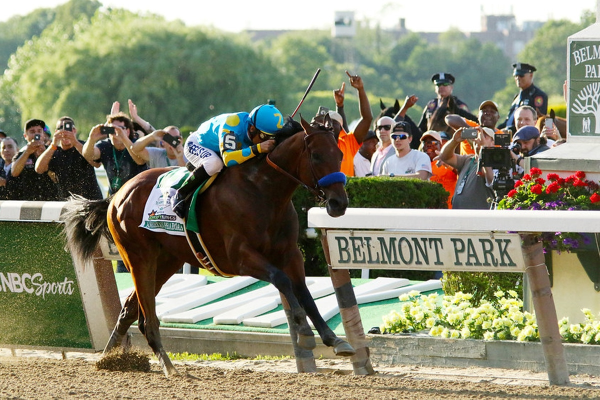 The 2019 running of the Belmont Stakes will not feature a Triple Crown attempt, and likely does not have a Horse of the Year in its field of 10. However, there is still some luster and sizzle on the Test of a Champion as Preakness winner War of Will looks to cement himself atop the 3-year-old division heading into the summer.

The two presumptive favorites, War of Will and Tacitus, enter the race under different circumstances. The only horse to start all three legs of the Triple Crown, War of Will could be somewhat weary and not up to the 12-furlong challenge. Tacitus enters the race off a five-week freshening off a fourth-place showing in the Run for the Roses. Certainly bred to get the distance, Bill Mott’s son of Tapit figures to be doing his best running late under the guidance of jockey Jose Ortiz.

Two horses figure to dart to the early lead: Joevia, breaking from the 1-hole, and Tax, breaking from the 4-hole. Given the distance of the race, it is going to be critical for Jose Lezcano on Joevia and Irad Ortiz on Tax to carefully ration the speed and energy of their mounts. There have been front-running Belmont upsets (see Da’Tara), but the possibility is very slim given the distance of the race.

The main closing threat appears to be the 2-horse Everfast. Dale Romans’ son of Take Charge Indy came from 22 lengths back to finish second in the Preakness. As many horseplayers know, the Preakness is a far cry from the grueling and difficult nature of the Belmont. Jockey Luis Saez won’t have as hot of a pace to run at and will need to put his mount closer to the action to have any chance. Also, the question remains if Everfast can get the 1 1/2.

A horse many are talking about is the 8, Intrepid Heart. Todd Pletcher’s lightly-raced son of Tapit enters the race off a second-play finish in the Peter Pan, the local prep for the Belmont. Despite his scant experience, only three starts and just one graded stakes try, Intrepid Heart figures to near the controlling early speed, and it will simply be a question if the horse has enough left in the tank to either avoid being passed or have the ability to pass tiring horses.

Master Fencer (JPN) and Bourbon War are two horses somewhat accustomed to the rigors of a Triple Crown race as Master Fencer finished seventh in the Kentucky Derby and Bourbon War finished eighth in the Preakness. Both horses rate a respectable chance; however, it is unknown whether either of them can get the distance, a question that frankly exists with nearly every Belmont starter.

How to Play the Race

Pick a Side, Any Side: In handicapping the race, it’s always good to side with one favorite. The choice here is Tacitus based on his rest and breeding. Toss War of Will.

Coming Fast: Everfast has shown a propensity to close. As long as Luis Saez harnesses the speed, it is the belief here that Everfast has a big shot, not only to hit the board but to win.

Separating the Rest: Tax is a horse, given the presence of Irad Ortiz Jr., that could be left standing at the end. Danny Gargan’s horse looms a serious threat to hit the board, staying up for second or third. Intrepid Heart is a horse whose best days may be in front of him. He’s lightly raced but well bred and under the care of one of the game’s best in Todd Pletcher. He could be the horse everyone’s talking about come later in the campaign. He rates a strong chance to hit the board.