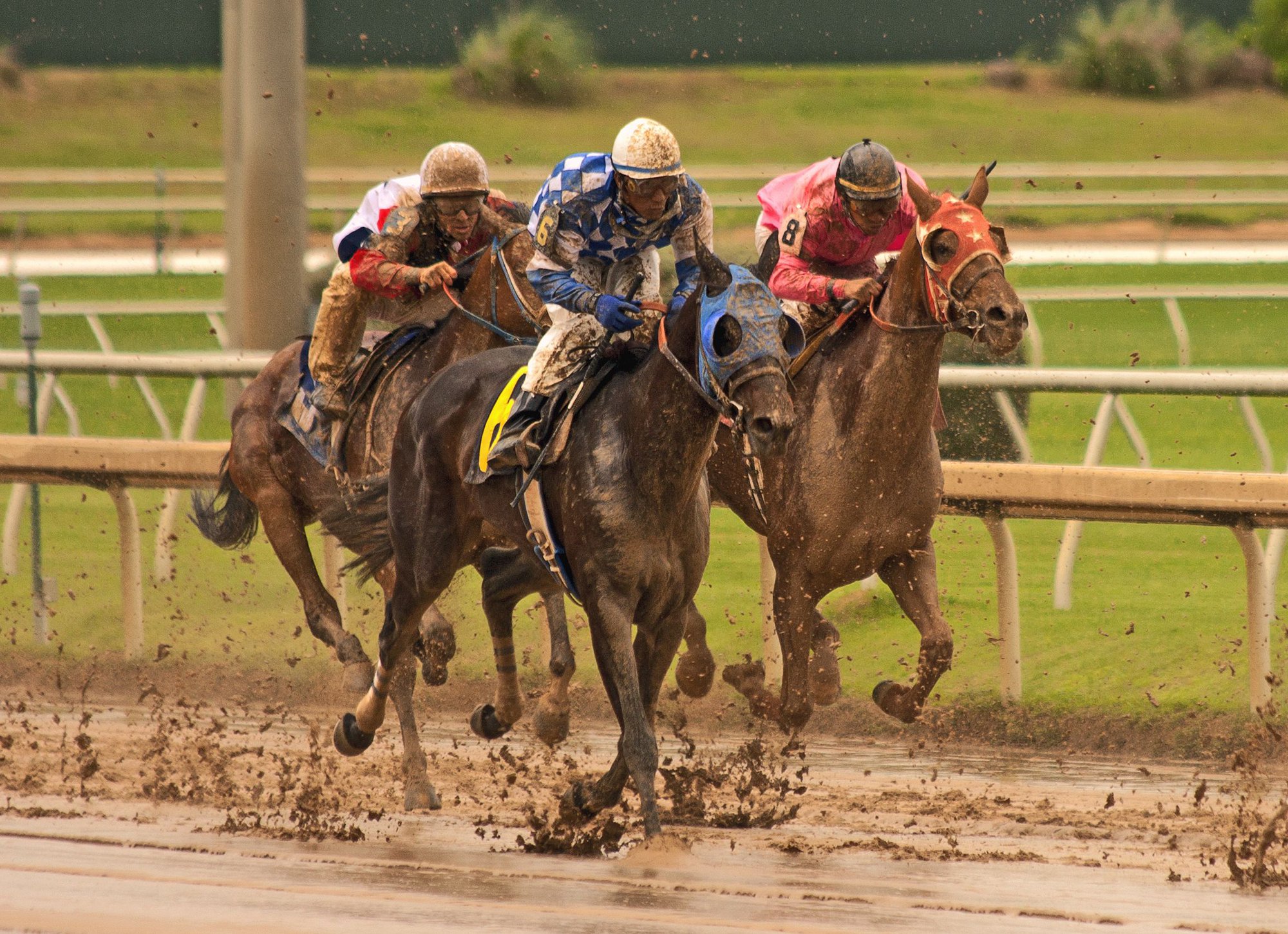 Belmont Park closes out the 2021 season this weekend. Headlining the final 4 days of racing are the Belmont Oaks and Derby, both Grade 1 events on the turf. While the races drew a cavalcade of quality turfers, the forecast may have other plans.

The 11 race card begins at 1:00 PM ET with a final post of 6:16 pm ET. The featured races, the Belmont Oaks and Derby are scheduled to go off at 4:06 pm and 4:12 pm respectively. The Victory Ride Stakes will be run between the two grade ones.

A Rainy Forecast Ahead

One concern for the weekend’s cards is the potential for significant rainfall at Belmont. Current forecasts are predicting a pretty steady rainfall throughout Thursday and into Friday morning. Friday during the day looks more promising, but there is still a chance for rain.

Given that Saturday does not appear to have addition rainfall, it is likely that the 2 big races could stay on their respective turf course. It would be no surprise to anyone who follows NYRA racing to see all other turf events come off the grass in order to save the courses for the marquee events.

Even if the rain ceases before Saturday’s race card, there is likely to still be moisture in the courses which could impact the run of the races.

Typically moisture on the dirt track favors horses who can avoid the rail. Water drains down toward the rail because of the pitch of the track making the middle-outer paths less tiring.

Horses who can stay clean also tend to have advantage. This includes deep closers who sit well off the pace or stalkers who sit outside of the leading horse.

Players will also want to be aware of Main Track Only entrants if races come off the turf as they often have the upper hand when drawing into a race on their preferred surface.

If the Belmont turf courses have give in them, players will often front end speed holding up better than it would on a traditional firm course.

Watch and Wager on Belmont Park

All of the action from Belmont Park can be seen on any of the online wagering platforms including NYRA’s ADW NYRAbets.

NYRA also broadcasts their coverage entitled “America’s Day at the Races” on their Youtube channel and on the Fox family of networks. Check local listing for more details on local TV coverage.

The Saturday card includes 3 stakes races which have been carded as races 7, 8, and 9 on Saturday.

The race starts with #5 Santa Barbara who invades the states from Europe for some of the world’s top turf connections with both trainer Aiden O’Brien and jockey Ryan Moore. She will be met by some of America’s best up and coming turf runners.

Two horses will challenge out of the Grade 3 Regret including upset winner #8 Gam’s Mission and beaten favorite #4 Spanish Loveaffair. The Grade 3 Wonder Again will also send its top two finishers in #1 Con Lima and #7 Plum Ali.

#3 Higher Truth will make her stakes debut for Chad Brown after consecutive turf wins in her only 2 starts at Belmont.

#5 Souper Sensational enters the race with the worst last finish of all the entries, but that was in the Grade 2 Eight Belles. The remaining entries all hit the trifecta in their last race but did so against easier in listed stakes races.

The Euros look to play a strong hand in the Grade 1 Belmont Derby as well. #2 Bolshoi Ballet was installed as the morning line favorite for O’Brien and Moore at 7-5. The horse exits a run in the Group 1 Epsom Derby.

While Bolshoi Ballet is by no means a standout, everyone else in the group has some significant question marks.

The 4 last out winners entered in the group include #4 Sainthood who won a Grade 3, but on the wrong surface. #8 Cellist and #6 Hard Love will have to prove that they can step up in class after a listed stakes win and allowance win respectively.

#5Du Jour won a grade 2 last out, but that was for Bob Baffert on the same day Medina Spirit would win the Kentucky Derby which is still in limbo after a failed drug test. The question is how much, if any, scientific assistance did the horse have in earning the victory.

Race 8: The Grade 3 Victory Ride is a sprint race for 3 year old fillies on the dirt. While stakes races tend to be more formful, these lightly raced horses could dramatically in their three year old summer.

The race could really open up if the dirt is sloppy or muddy as Souper Sensational has the best off track pedigree at odds of 8-1.

An * has been used to highlight the best bet of the day. Horses followed by a (LS) indicate that the horse is a live long shot play.

The above selections were made based on the assumption that all horses would remain in the races. If weather causes extensive scratches or surface switches, our partners at Daily Horse Picks offer computed generated selections that can help you change your picks on the fly.