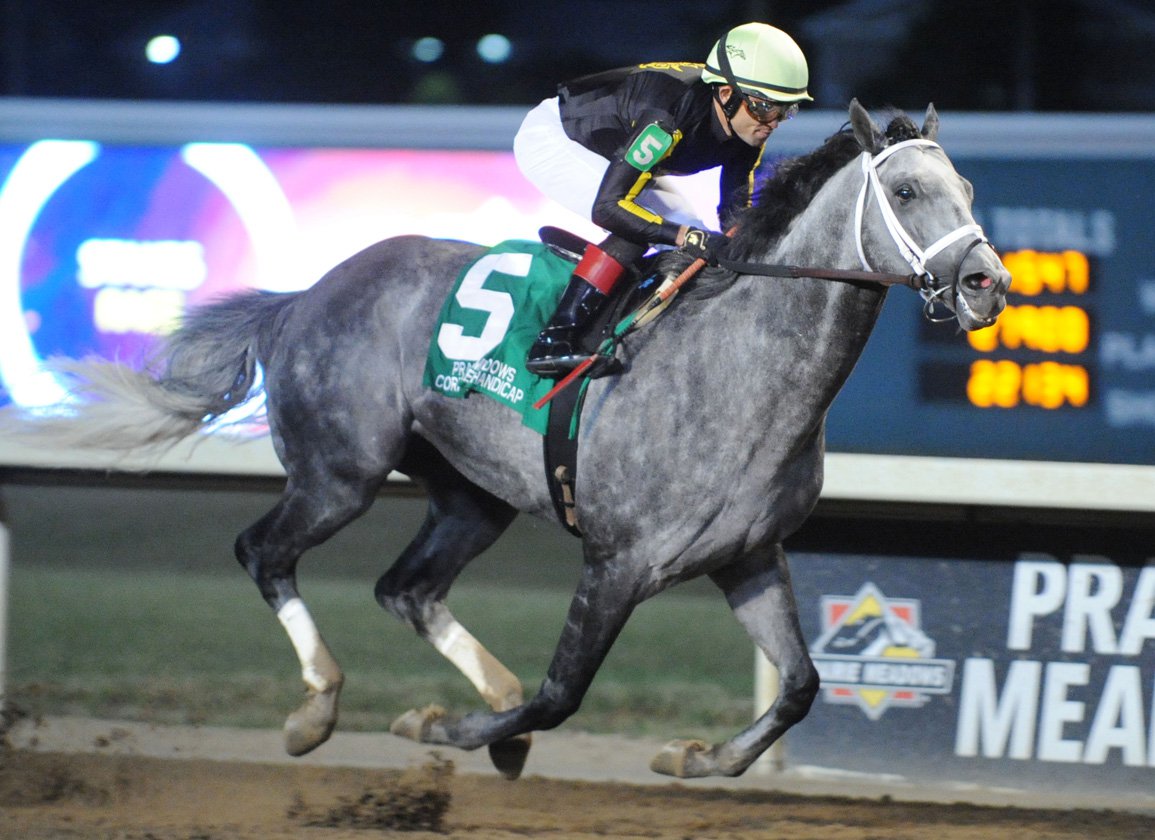 Breeders’ Cup 2021 is in the books. The 2 day event was a roller coaster of high and lows. There were historic victories, blunders, and wagering pools. Here are the big takeaways from Del Mar 2021.

1.Knicks Go: Horse of the Year

The biggest race of the year in the Classic division is the Breeders’ Cup Classic. This years’ field looked particularly fun to watch as it featured Pegasus World Cup Champion Knicks Go, Kentucky Derby Winner (for now) Medina Spirit, Belmont Stakes Champion Essential Quality, and late developing Hot Rod Charlie who just 1 year ago was 94-1 in the Juvenile.

The result of the race was a resounding victory for Knicks Go who hasn’t looked back since his romp in the Cornhusker at Prairie Meadows.

Heading into the race it seemed like a pretty hot pace would develop with Knicks Go, Medina Spirit, and Hot Rod Charlie all having run their best races on the lead.

While Knicks Go was undoubtedly the fastest of these runners, there were serious questions as to whether or not he would be able to get the added distance of the Classic. It was pretty clear early in the race that the other trainers knew they had no shot against the beast and ran a race for 2nd placing.

Knicks Go got out to an early uncontested lead with Hot Rod Charlie and Medina Spirit both content to rate off the leader. The decision to not press the front runner all but handed the victory to the Brad Cox trainee, but seemed to be the only chance the connections felt they had to pick up a sizeable check for taking 2nd or 3rd.

Horse of the Year

With the win Knicks Go put to bed any questions about who will be named horse of the year at the Eclipse Awards which will take place at year’s end.

The victory also bodes well for Brad Cox who will look to secure trainer of the year. If Medina Spirit is eventually disqualified Brad Cox will have trained the winners of the Pegasus World Cup, the Kentucky Derby, The Belmont Stakes, the Traverse Stakes, and the Breeders’ Cup Classic all in the same year.

Knicks Go has been confirmed to be training up for a final run. Barring a set back the horse is scheduled to make his final appearance in the Pegasus World Cup in 2022. It was also announced over the weekend that Life is Good is also pointed there following his romp at the Breeders’ Cup.

Both horses have legitimate front end speed and could set up a real epic showdown Pegasus World Cup at Gulfstream Park in 2022.

With Horse of the Year all but decided the attention now turns to the 3 year old horse of the year. Into the race there were four major contenders: Essential Quality, Medina Spirit, Hot Rod Charlie, and Malathaat.

When Malathaat failed to win the distaff, she was essentially eliminated from the running which put a lot of stake in the Classic. Also bowing out was Hot Rod Charlie who needed a victory to compete with the other two at the top of the rankings.

The Debate Rages On

A Case for Medina Spirit

A Case for Essential Quality

One sneaky angle in the debate is that a majority of voters within the ranks reside or cover East Coast racing. This may be the thing that gives Essential Quality the edge at the end of the day.

3. Japan makes its mark in the Breeders’ Cup

People often bill the Breeders’ Cup as the Ryder Cup of horse racing pitting the vaunted Europeans against the home team. This year saw history made as the races took on a more Olympics vibe than Ryder Cup.

Certainly in 2022 more attention will be paid to the Asian preps in the lead up to the Breeders’ Cup.

Despite the egregious mistakes made in the final on Friday, the Breeders’ Cup continues to be the best betting opportunity of the year. With so much money in the pools and large field sizes, bettors are almost assured to get excised value on their wagers. Look no further than getting an easy winner in Knicks Go at 3-1!

The 2021 Breeders’ Cup set the all time handle record with over $150 million dollars wagered on the 14 races over the two day event.

Perhaps the most talked about result from the weekend came in Friday’s final race in which the favorite was incorrectly scratched. After realizing the mistake the horse was reentered, but due to CHRB rule 1974 he could not run as a wagering interest and was in for purse money only. For a full breakdown of the situation, please check out Breeders’ Cup Friday: A Controversial Finish in the Juvenile Turf.

After winning easily handicappers were enraged. In their hands they held tickets with the winning horse, but due to scratch rules had defaulted into the post time favorite.

Confusion is Too Prevalent

For many who were betting on their first horse racing event, the absurdity of the whole situation made no sense. One of the biggest issues in horse racing that keeps it from jumping back into the mainstream is that each jurisdiction is so concerned with keeping its piece of the pie that they refuse to work together.

This means that each jurisdiction has its own rules and regulations about how things work. This includes scratching procedures, crop rules, couple entries, infractions during the race, the list goes on.

The Horse Integrity and Safety Act (HISA) was signed into law by Congress and is supposed to bring clarity, consistency, transparency, and safety to horse racing. The act creates a governing body to oversee all racing jurisdictions, but the actual implementation of that organization have yet to be ironed out.

One of the biggest takeaways as a gambler is to understand how a track may alter performance. At any given course configurations, track maintenance, and climate can all have positive or negative impacts on a horse’s natural ability.

One of the real thrills of the weekend was the turf racing. Throughout the weekend the track seemed to play very fair with horses like Pizza Bianca advancing up the rail, while Ivar was able to win from an extremely wide stretch run.

Although most of the winners came from off the pace, this is not uncommon in turf racing and fit the general race shape of most turf races around the world. Almost every result over the course of the 2 days on turf was a product of trip, not track which led to formful results that still produced great payouts.

Whereas the turf was incredibly fair, Del Mar proved once again to be a bit quirky on the dirt surface. One thing that was blatantly obvious was that the rail was the wrong place to be. This gave a distinct advantage to jockeys who had ridden at Del Mar fairly regularly.

Jockeys like Rosario and Velazquez were consistently looking to keep their horses four or five paths off the rail. Meanwhile Santana Jr. and Saez took suspect rides on horses keeping them inside and often coming up short.

Three heavy favorites were burned by this this as Letruska, Gamine, and Jackie’s Warrior all showed rare speed and fade patterns in their respective races after rolling fast on the inside through the early portions of the race.

Full charts and payouts for each race can be found on on the DRF website.

The 2022 Formula 1 season is only six races deep, but the race for this season’s championship alerady appears to be down to just two drivers. Last season, Red Bull driver Max Verstappen claimed his first Formula 1 World Drivers’ Championship in highly controversial circumstances, with Lewis Hamilton denied what would have been a record-breaking END_OF_DOCUMENT_TOKEN_TO_BE_REPLACED