CFL Week 3 Betting: How Many Teams Can Stay Undefeated? 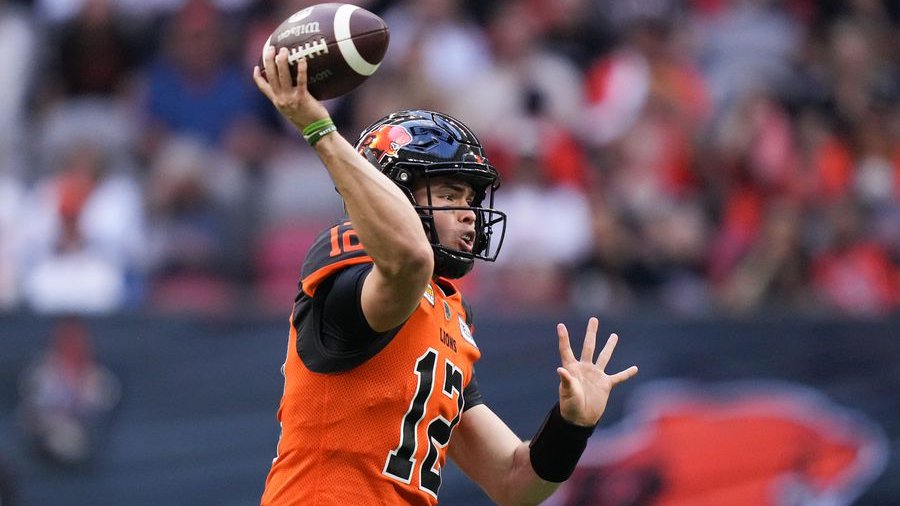 After another stretch of entertaining games, Week 2 of the 2022 Canadian Football League season is in the books. Now, CFL fans are gearing up for even more excitement as Week 3 is scheduled to kick off.

The action begins on Thursday as the Montreal Alouettes host the Saskatchewan Roughriders at 7:30 p.m. ET. The second game of the week then goes down on Friday when the Hamilton Tiger-Cats and Winnipeg Blue Bombers collide at 8:30 p.m ET.

The Edmonton Elks and Calgary Stampeders will then meet in the Battle of Alberta on Saturday at 7 p.m. ET before the Toronto Argonauts and BC Lions end the week later that day at 10 p.m. ET.

The Ottawa RedBlacks happens to be the bye week team this time around.

Here’s a look at FanDuel Sportsbook’s odds for the CFL Week 3 matchups, as well as a prediction for each game.

The Roughriders enter Thursday’s match as the 3.5-point road favorites following a solid 26-16 victory over the Elks on Saturday. Quarterback Cody Fajardo completed 76.9% of his passes for 247 yards and a touchdown while running back Jamal Morrow turned 17 carries into a game-high 126 rushing yards and a TD as well.

The Alouettes, unfortunately, weren’t as lucky last week, losing 20-19 to the Argonauts. Montreal trailed for most of the game and didn’t really turn things on until it scored 10 points in the fourth quarter. To beat the Roughriders, the Alouettes must come alive much sooner.

Although the Alouettes look promising, I think they have some kinks that must be worked out, leading to the Roughriders winning on Thursday.

The Tiger-Cats were one half of a high-scoring affair in Week 2, coming out on the wrong side of a 33-30 final score against the Stampeders. QB Dane Evans was the star of the show that night, though, throwing for 425 yards and three TDs to two interceptions on 51 attempts. It’ll be interesting to see if he can bring that momentum over this week.

Meanwhile, the Blue Bombers are attempting to go 3-0 on the CFL season with a victory. They shut the RedBlacks’ offense down en route to a 19-12 Week 2 win and now have held opponents to an average of just 14.5 points per game so far — tied for third-best in the league.

In a rematch of the 2021 Grey Cup, I expect this game to end the same way as the last meeting between these two teams: in a Blue Bombers victory.

Fans expecting a close game probably won’t get them here as the Elks are the biggest underdogs of the week at 8.5 points. This shouldn’t come as much of a surprise as they’re 0-2 on the year, having been outscored by an average of 42.5 to 15.5 in their first two games. Now, they must deal with an undefeated Calgary team.

The Stampeders are flying high after their narrow win over the Tiger-Cats. QB Bo Levi Mitchell had 313 passing yards and a pair of TDs in the victory, while 109 of those yards went to wideout Kamar Jorden, who’s trying to bounce back following a down year.

I think that this game will end up exactly as the odds imply: a landslide victory for the Stampeders.

Toronto Argonauts vs. BC Lions Betting Odds and Prediction

The Argonauts made their 2022 CFL season debut last week to the tune of that narrow 20-19 victory over the Alouettes. Although the win was appreciated, Toronto must be better at closing out games after scoring just one point in the fourth quarter against Montreal.

On the other hand, we haven’t seen the Lions since their dominant 59-15 victory over the Elks to open up the new campaign. It’s going to be hard for BC to recreate that performance, which included 469 total yards of offense and five rushing touchdowns, so only time will tell which version of the Lions we see this week.

The Argonauts should have a better time at keeping this game close and may even surprise some people, but I like the Lions to win at home.