Wimbledon Women’s Singles Final Preview: Will it be a Barty party, or will resurgent Pliskova take her first Slam title? 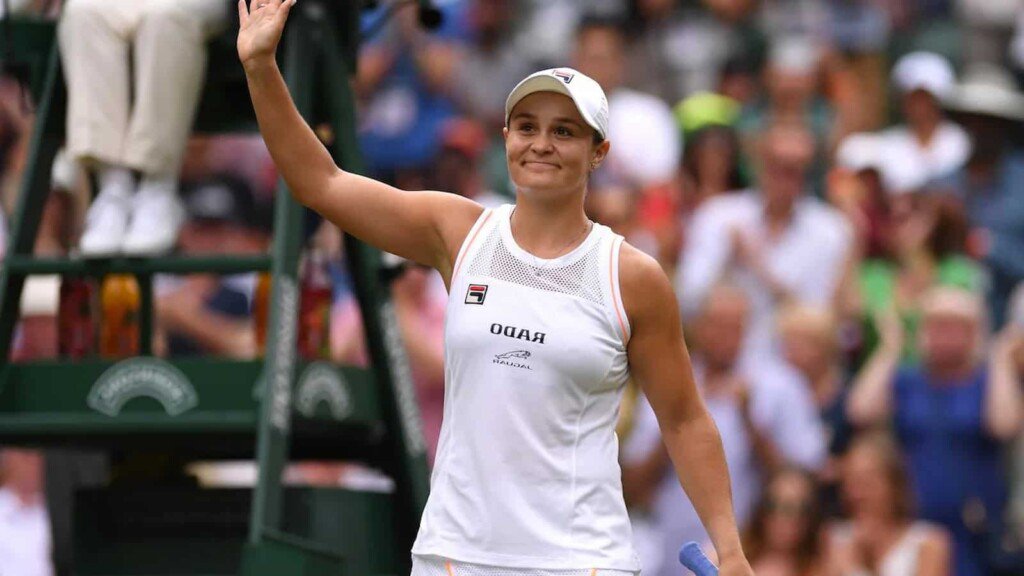 On one side, we have Ashleigh Barty, the number one seed and top-ranked women’s singles player. Barty has one Grand Slam singles title and one Grand Slam doubles title to her name, and after previously not making it past the fourth round at Wimbledon, she has survived the carnage to make it to the final.

On the other side, we have former number one Karolina Pliskova, who has had a major resurgence at Wimbledon. Entering the tournament, Pliskova was the #8 seed but was not considered one of the leading favorites. Like Barty, she had never advanced past the fourth round at Wimbledon until this year. In fact, Pliskova had not been past the fourth round in a Grand Slam since reaching the semifinals of the 2019 Australia Open. But here she is, in a Grand Slam singles final for only the second time and for the first time since the 2016 US Open final.

Will the world number one take her first Wimbledon women’s singles title? Or will Pliskova cap a remarkable run by winning a long-awaited Grand Slam singles title?

Odds are via FanDuel Sportsbook as of Friday, July 9 at 5:55 pm ET.

Is Barty an easy pick?

Based on the odds, should Barty be a pretty straightforward pick to win the Wimbledon women’s singles title? She is understandably the favorite, and not just because of the number by her name.

Along with being the top-ranked women’s singles player, she is having an excellent 2021 season across all surfaces. She has two hardcourt titles, including the 2021 Miami Open, a Masters 1000 event. During the clay season, she won the Stuttgart Open and reached the final of the Madrid Open, another Masters 1000 event.

After retiring against Magda Linette in the second round of the French Open, Barty took the next few weeks off and did not play any of the post-French Open, pre-Wimbledon grass events. That little break clearly was the right choice. Since opening Wimbledon with a three-set win over Carla Suarez Navarro, she has not lost a set. In the semifinals, she dispatched another resurgent former number one in Angelique Kerber, ending Kerber’s run with a 6-3, 7-6 (7-3) win.

While the moneyline is a hard pass unless you just absolutely feel the need to put your money on it, set betting is the best way to go if you are backing Barty.

But should you back straight sets or three sets? Pliskova has taken the first set in all but one head-to-head matchup with Barty. That includes their meeting in Stuttgart in April, which Barty won 2-6, 6-1, 7-5.

Is Pliskova the pick?

Barty is certainly a good bet to take the Wimbledon women’s singles title, but will getting hot at the right time bring Pliskova her Grand Slam singles breakthrough?

While Pliskova was a top-ten seed in the draw, this run is more or less out of nowhere. Her 2021 results had been anything but inspiring, other than a run to the final of the Rome Masters in May. She lost in the third round of the Australian Open and in the second round of the French Open. In two grass events in the lead-up to Wimbledon, she lost in the second round in Berlin and in the first round at Eastbourne.

But Pliskova has dropped all of one set at Wimbledon, which came in Thursday’s 5-7, 6-4, 6-4 win over #2 seed Aryna Sabalenka. That was her first match against a seeded player, but she was clearly up for the task. As the saying goes, form is temporary, and class is permanent. Will this be where her talent shines the brightest?

Pliskova +1.5 Games in the First Set: As mentioned above, Pliskova has taken the first set off of Barty in all but one meeting. That gives her good value across a number of set and match markets. Pliskova is well worth backing to win the first set, which currently comes in at close to +160. But this is a little less of a risk and still brings great value.

Who is the best bet to take the title though? It is tough to bet against Barty, who has been excellent this season and at Wimbledon. If you do back Barty, the best routes are set betting and the spread.

The trend favors straight sets–only one of the last 13 Wimbledon women’s singles finals has gone three sets–so whoever wins the first set will be well-positioned to win the match.

If you are looking at the best value, the most value across all markets is with Pliskova. Backing heavy favorites is always a risk in women’s tennis, and there are few bad bets to make across the board if you do choose to back Pliskova. And for what it is worth, since Serena Williams won her 23rd Grand Slam singles title at the 2017 Australia Open, Simona Halep and Naomi Osaka are the only two players with multiple Grand Slam women’s singles titles, with 12 different winners in 16 tournaments.