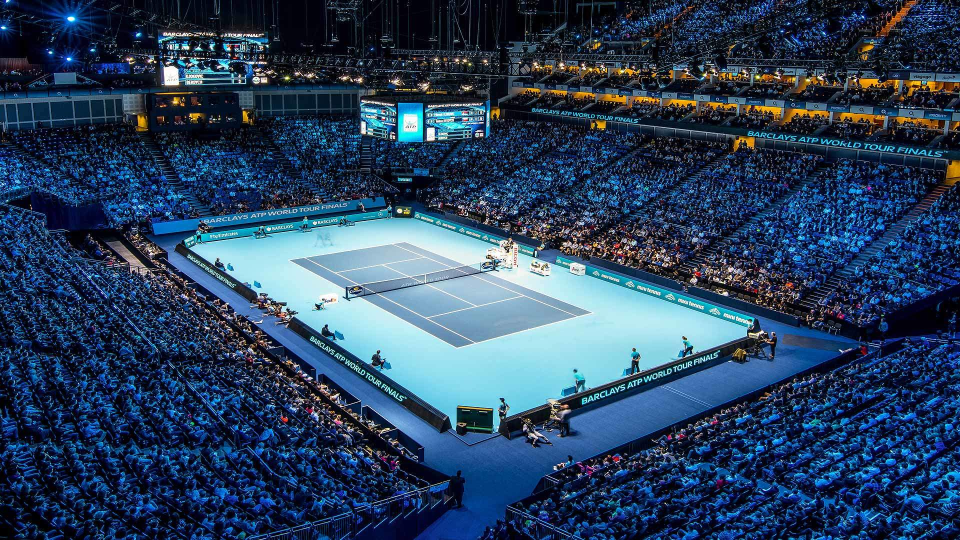 This coming week in London, the ATP season comes to an end with the made-for-TV event known as the ATP Finals. This event pits the top 8 points earners on the ATP tour during the season, rewarding them with the chance to compete in a much smaller event with a lot of cash on the line. This tournament is different than others on tour not just in size, but also in the format. Let’s take a look at the event and try to handicap the field.

Who’s NOT in London this week

We should start with who isn’t going to be playing this week. Both Rafael Nadal and Grigor Dimitrov, who earned spots in this year’s ATP Finals, had to withdraw due to injury, which means that two Lucky Losers were given entry into the event. This year, those two players are Kei Nishikori and John Isner.

This event gives all players who lose early a chance to make a comeback. The 8 qualifiers are split into two groups of four, and each player plays a match against everyone else in their group in the Round Robin Stage. This year, the groups look as follows:

Following the Round Robin the top two players in each group play in a crossover Semi-final, then the two winners square of in the Finals.

Djokovic has rebounded about as well as could have imagined from a series of injuries that sidelined him over the last couple of years. He has regained the stamina and drive that propelled him to the top of the world rankings, and with his win last week in Paris, Novak finds himself once again ranked as the Number 1 player on the ATP Tour. He is playing fantastic tennis, and this sets him up as the favorite in London this week.

It’s hard to think of Federer as a “sentimental” pick for any event given that he is still the 3rd ranked player in the world. However, tennis fans know that the great Federer is in a battle with Father Time, so any chance to see him play for a title is something to cheer for.

Federer is a staple at this event, and the 37-year-old shows no signs of wanting to give up his chances. Making this week special is that if Federer wins, it will be his 100th singles title, putting him in some rarified air.

Cilic has had an excellent year, with some wins over top players. He is firmly entrenched in the group trying to unseat the big four, and this is the kind of event that will give him some great exposure to those who haven’t watched him play much. His emotions get the better of him sometimes, but if he can keep them in check, we think there might be an upset in the making.

Zverev seems to be the consensus pick for which young gun has the best chance of becoming the next world Number 1. He has an awesome ground game, and with some huge wins over the likes of Djokovic and Federer under his belt, Zverev will not be showing any nerves at this event.

It is interesting that the first Lucky Loser has been listed with better odds of winning this event than those ranked higher than him. However, this ranking may be a bit deceiving as Nishikori was dealing with some nagging injuries at the start of the year that affected his chance to accumulate points.

The start isn’t easy for Nishikori with his first match against Federer, who will have the crowd on his side. However, we think there is a good chance the bookmakers are right, and Nishikori could find himself in the semifinals.

Anderson has cemented himself in the upper echelon of the tennis world with a booming serve and devastating forehand. These weapons propelled him into the finals of Wimbledon in 2018, along with making it all the way to number 6 in the rankings. This is his debut in the ATP Finals, and one wonders if the nerves may catch up to him this week.

Thiem is an interesting qualifier, as his results have been very consistent but with not a lot of titles to show for it. He did make the finals of the French Open before falling to the legend known as Rafa, and he also made the finals in Madrid. While he does have some big game abilities, we are doubtful he’ll see action in the knockout round.

Isner may be the feel-good story of the event, making it as the second Lucky Loser. The American star has been hanging around the top 10 for years now, and at 33 years old, he is on the tail end of his career.

The invite to London is a crowning achievement for a player whose legacy will always be his incredible serve, his height, and his epic Wimbledon matches including the longest match in tennis history, a 70-68 5th set thriller against Nicolas Mahut.