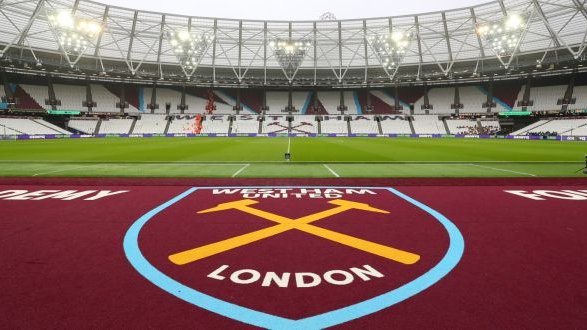 Will the Gunners continue their surge and pick up three more valuable points as they look to secure Champions League football for next season? Or will the Hammers help Tottenham’s hopes of a top-four finish by claiming all three points in this fixture?

The Hammers are enjoying a tremendous season under experienced Scottish manager David Moyes. They have battled into the last four of the Europa League and played Frankfurt here on Thursday evening. In the EPL, the Hammers are holding their own and are in the running for a top-six finish. That would secure them a place in European competition again next season.

Arsenal started the week three places higher than their hosts in fourth and now aim to hold their ground. Climbing any higher on the ladder isn't impossible, but it is unlikely at this late stage of the campaign.

The Gunners want to protect their position, securing a top-four finish and place in next season's Champions League. Doing so will see them mix it with the elite of the continent while enjoying the riches that accompany it.

Everything to play for

There's everything to play for in the capital, and those looking forward to a Sunday of rest will be disappointed. How will this match play out, and what is the best bet to place to increase your chances of profiting from this game? We aim to give you those answers in this preview.

Mikel Arteta's men claimed the spoils that day thanks to goals from Martinelli and Rowe, both coming in the second half. West Ham finished that game with zero points, the same number of goals and just ten men following the sending off of Coufal midway through the second period.

Keeping 11 players on the field of play and holding their discipline will be key to any success the home team have as they shoot for revenge.

For as much joy as West Ham have had over the last few season as they steadily progress through the rankings, it has been too long since they have given their supporters a win over Arsenal to cheer.

The last came in January 2019 at this arena when a Rice strike on 48 minutes was enough to seal the points. Since then, the teams have met five times, with Arsenal on four wins and one draw. The spare in that run was a thrilling 3-3 here 12 months ago.

Sticking with the form as we edge towards our prediction, we know Arsenal enjoy a winning run over West Ham, and three of the last five games has ended with both teams on the scoresheet.

We have also enjoyed three or more goals in two of the last three meetings. That leaves us with Arsenal to win and both teams to score or this renewal to produce over 2.5 goals.

Searching for a connection

It's now time to move to the recent form of both West Ham and Arsenal as we seek a connection between the head-to-head stats and form.

The locals have won just one of their last five league starts and are without a victory in their last three. That dip has cost them any realistic chance of making it to the top four.

Two of their last three EPL games have ended in defeat following a 2-0 loss away to Brentford, 1-1 at home to Burnley and 1-0 away to Chelsea.

Fans would have expected their team to manage at least six points from that spell, but instead, they collected just one and scored one goal. That's not good enough for the top four.

We compare that to the recent stats of Arsenal, who are in the top four prize places thanks to victory in their last two games.

They stopped the rot of a losing streak with back to back wins over Chelsea and Manchester United, two notoriously tough opponents. In a thriller, Arsenal beat Chelsea 4-2 at Stamford Bridge, then upped their game again to beat Man Utd 3-1 at the Emirates.

The Gunners have blown hot and cold this season and are likely to continue doing so until the finish line, putting their followers through the wringer. They lost 2-1 at home to lowly Brighton, then were beaten 1-0 at St Mary's Stadium by Southampton, then rallied to scalp the Blues and the Red Devils.

At their best, they are a match for any opponent at this level, and it's just a lack of consistency that's keeping them from challenging for the title.

Saka has scored in each of Arsenal's last two wins, with both coming from the penalty spot. Nketiah also bagged a double at Stamford Bridge, so we know goals run right through this side.

West Ham vs. Arsenal Betting Tip – Both teams to score and Arsenal to win (+260 at Caesars Sportsbook)