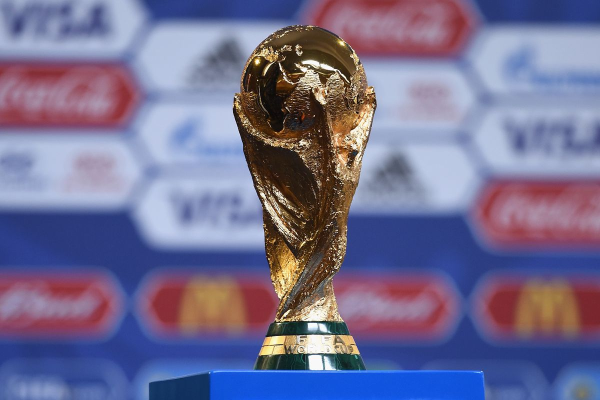 The 2018 World Cup is just a few days away from kicking off. National teams are gearing up in friendly matches all over the world. Fans from every nation are en route to Russia. And sportsbooks everywhere are setting lines and futures for the world’s most popular sport and tournament. It’s sure to be as big of a tournament as ever with as many storylines as moneylines. Nothing brings the world together more than the WorldCup and this year’s action should be fantastic on the pitch as well as in the sportsbook.

Futures bets are always a sports gambler’s favorite wager to start off with during an event like the World Cup. We know the groups and the schedule so there is good information out there. However, laying a wager on the Futures is a “the sooner the better proposition.” This is when you get the good odds and can collect the big payouts by picking the winner. Here we will look at the best odds on the best teams. These are the national squads with the big names primed for a deep run out of group play and into the elimination rounds. The odds are as good as they’ll get so be sure to check out our list to make your wagers come in.

The powerhouses of powerhouses. The quality of teams this nation is able to field every four years is just legendary. Always a favorite, yes but not always a champion and the +400 reflects this. No longer just Neymar’s team, Brazil features some of the world’s best. Dani Alves, Marcelo, Casemiro, Gabriel Alves, Willian, and Philippe Coutinho all pass and play as a team. Much different from the 2014 squad and a solid wager at +400.

Another powerhouse every four years and, of course, returning champion, Germany promises another run at the World Cup. Leroy Sane will not be available but this has always been a team built on depth. Many have the Germans reaching the final four but not advancing any further because of a question mark in goal. That and just how hard it is to repeat in such an event is enough to stay away from Germany. However, +500 is a nice number on a team sure to be one of the final teams where anything can happen.

Another recent champion and strong favorite comes in with a +600 and may give you the best value in the sportsbook. Andres Iniesta leads the way on another stacked Spanish team. This is a team the plays tough and plays together and looks to challenge for the Cup once again. They control the clock and the pace, however, putting the goals through has been tough for them as of late. If the goals are there, they will be there at the end and +600 is a nice payout for such a loaded team.

This World Cup’s French team is very young but so deep they are the envy of every nation. They may be a Cup away from being a real threat to take the tournament but this is a team on the rise. If they get hot at the right time, not many teams will beat them. +650 is a nice payout but not the best value overall.

Coming up short in the last World Cup was a tough loss for Argentina so it will not be a surprise to see them make another deep run. The have the best player in the world in Messi who is as well-rested as he is motivated. And it will be up to him as this is not the nation’s deepest team. Luckily, he may be up to the challenge and at +800, it could pay you well.

Something of a longshot due to experience but this is a strong team no one will want to play. The will have no problem getting out of the group play but from then on it will depend on matchups. Kevin De Bruyne and company are probably the best team Belgium has ever fielded but the question remains if they can live up to such hype. +900 will definitely reward you if they can.