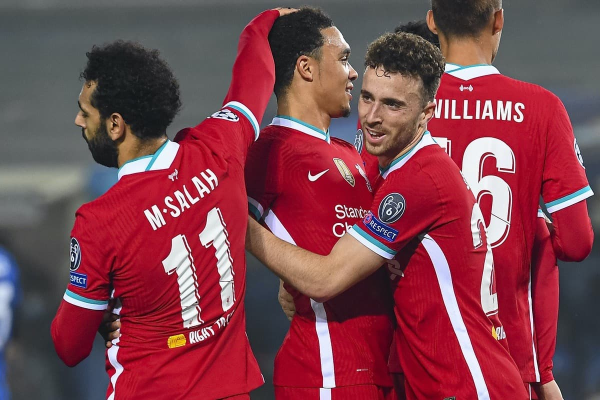 The Premier League season is humming along as we enter Matchday 8. It’s not surprise to see Liverpool at the top of the table and their match on Sunday against Manchester City is certainly the best this week. Both are off Champions League wins where they were not pressed too much.

Everton vs. Manchester United has big brand appeal on Saturday but the Red Devils have not been playing well in league play this season. They could really use some points to appease their fans who are not used to seeing them so low in the standings.

Here is a look at the complete Matchday 8 slate with all odds provided by DraftKings Sportsbook.

Burnley is at the bottom of the table with Sheffied and has just one point through six matches. Brighton is not much better with five points through seven. If Brighton is going to stay above the relegation line this is a match they have to win. It won’t be inspiring football but Brighton should get the win.

Southampton have been a very pleasant surprise so far, sitting fifth in the table. So early in the season just a single result can change so much, though, and if Newcastle win, they could swap positions with them. Newcastle surprised with a win over Everton in their last match.

Neither side are playing great football at the moment. Man U were upset in their Champions League tilt during the week and need a rebound. Everton had a recent positive draw against Liverpool but has since lost back to back matches and need a momentum change too.

These teams are tied with seven points so whoever wins gets a leg up. Crystal has only won once in five matches and Leeds concedes a ton of goals so this one is going to be a tough one to figure. One thing about Leeds is that they do score away from home. That is enough to make a play.

This one looks like the biggest mismatch of the weekend. Sheffield have yet to win a match this season while Chelsea are looking better than they have on some time. They invested a lot in the transfer market and it looks like that will propel them into the top four.

West Ham has been playing some really good football this season. They had a four game unbeaten streak prior to their last match, where they fell 2-1 to Liverpool – no shame there. Success for Fulham has been much harder to come by this season They did win their last match 2-0 over West Brom but that was their first victory of the season.

Advice: Don’t let the loss to Liverpool push you off West Ham here.

Tottenham is sitting in their very familiar third spot on the table. They are the visitors this week but they should be able to add to their point total at West Brom, one of three clubs that has yet to register a win this season. No club scores more than Tottenham, and no team allows more goals than West Brom so this could get out of hand.

Advice: Tottenham is the only play here but you might want to look at the goal line for more value.

Leicester has been really good this season. They are just a point behind Liverpool and have the best goal differential in the EPL. Wolverhampton have been a nice story too sitting in sixth. They are on a good run with three wins and a draw in their last four. This looks like a game with will end that streak though.

Advice: Love the value with Leicester in this spot.

Man City has not been having a great regular season but should be motivated with Liverpool visiting. Both clubs had mid week UCL wins but were not pushed too hard so they should be fresh for this one. If MCU have any designs on the title this season this is a match they have to take.

Advice: Take Liverpool. You are rarely going to get odds like that with one of the best clubs on the planet.

This could be a letdown spot for Arsenal and they have a Europa League game on Thursday too. These clubs are tied in points and maybe Aston Villa can surprise away from home.

Advice: I am liking the draw here. Villa have been playing better than expected and could have some situational advantages.

After extending their hot and San Diego’s cold streak, the Seattle Mariners will be looking to leave Petco Park with a two-game sweep as they take on the Padres this afternoon. Yesterday, the Mariners pounded out a dozen hits and plated eight runs, and Chris Flexen pitched 6.2 shutout innings to collect his third straight END_OF_DOCUMENT_TOKEN_TO_BE_REPLACED