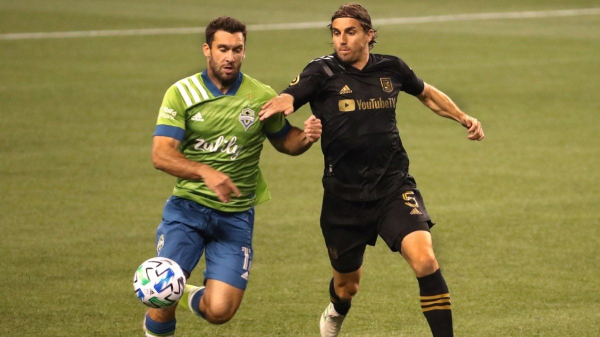 Seattle is one of the best franchises in MLS right now. They are the defending MLS Cup Champions, and finished in a three way tie atop the Western Conference standings with Kansas City and Portland. I am not sure what the tiebreakers are but among that group Seattle had the best goal differential so you might say they were the best in the West. Seattle closed its season with a 4-1 win over San Jose though they only have a couple of wins in their last six contests. LAFC best chance might be hoping for a little rust, however, once the playoffs begin Seattle generally finds another level. They have played in three of the last four MLS Cup finals.

LAFC was only seven points back from the lead pack in 7th place in the Western Conference. They are not in great form either with a draw and a loss in their last two matches and the last time they won a game was back in October. LAFC is hoping for some redemption in the playoffs this season after last year’s failure. In 2019 they captured the Supporters Shield, in just their second season, before losing to Seattle in the Western Conference finals. This is a very different team with Carlos Vela out for the season though.

These teams met only once during the regular season with LAFC getting the win, 3:1. That was over a month ago with Danny Musovski scoring two goals for LAFC. If they are going to beat Seattle again, and advance, they are going to need someone to step up. Per the above Vela is out and LAFC have a bunch of other losses as well. Four of their top players tested positive for COVID-19 over the international break and are unlikely to play in this spot. That seems like a bit too much to overcome against such a steady squad.

Seattle is at home and missing an international of their own but I don’t see that holding the Sounders back much. The one thing that gives LAFC a chance is that Seattle is more of a counter attacking club. They are more than happy to go long stretches probing a little and hoping the opponent makes a mistake. If you don’t score or have a live ball turnover they turn things around quickly and can convert. Raul Ruidiaz and Jordan Morris both finished in the top five in goals this season.

This one might be 0-0 for a while, but taking Seattle is the play to go.

The lone matchup this season was over that total, but I think Seattle is going to play things a little closer to the vest in the playoffs. It has worked for them so well in the past, and even though they have more scoring talent than they have had in previous years, playoff football tend to be less risky. I think this one comes under. Seattle strikes first then really hangs back. They will net one late when LAFC has no choice but to be very aggressive. That three looks like a gift.