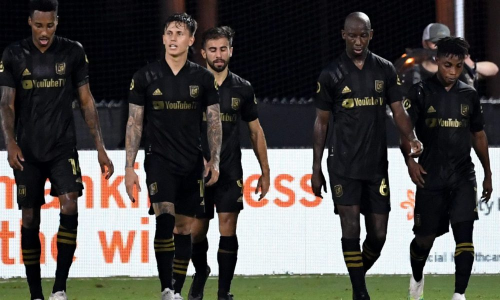 The Seattle Sounders will travel to Los Angeles on Wednesday, November 4th, at 8:00 p.m. PST to take on the Galaxy at Dignity Health Sports Park. Due to Covid-19 precautions and safety guidelines, there will be no fans allowed in attendance. It will be broadcast on JOEtv, Prime Video, UniMas, Twitter, 950 KJR AM, and El Rey 1360AM. The Sounders are third in the West with a record of 10-5-5, and the Galaxy is in tenth place with a record of 6-11-3.

Here are some of the odds for the game via Draftkings.com:

Both Teams to Score:

The Sounders are coming off a 3-1 loss against the Colorado Rapids with Jordan Morris scoring the lone goal. In their last five matches, they are 1-2-2; expect for them to aim to get back on track this game versus the Galaxy.

They have been led by forward Raul Ruidiaz, who has ten goals this season; their second-highest goal scorer has been other forward Jordan Morris with nine goals and seven assists. Midfielder Nicolas Lodeiro leads the way in assists with nine, ranking third in the MLS; he is also third on the Sounders in goals scored with six. Goalkeeper Stefan Frei has six shutouts, and 56 saves on 76 shots faced in 20 games played.

Los Angeles is coming off a 2-1 victory against Real Salt Lake, led by goals from Giancarlo Gonzalez and Cristian Pavon. This win knocked Real Salt Lake out of playoff contentions. The Galaxy are 2-3 in their past five games.

For the Galaxy, midfielder Cristian Pavon leads the team in goals with ten tied for third in the MLS; two of his goals were game-winning. He is also their assist leader with seven, another two of which were game-winning. Their other midfielder, Sebastian Lletget, is second in both goals and assists with six and four. Their goalkeeper, David Bingham, has 47 saves on 78 shots and three shutouts on the year.

The Galaxy is still fighting to make the postseason, with any hopes of doing so; they’ll need to win this one. In the previous matchup between these two teams this season, the Sounders pulled out a 3-1 victory. If this match shapes up to reflect the first matchup and both teams’ seasons, expect the Sounders to come out on top. They have been the better team this season; however, this series between these two teams is historically being led by the Galaxy. Look for both teams to come out playing hard; the Galaxy will be playing with their backs against the wall, trying to reach the playoffs, while the Sounders will be looking to ramp up into postseason form.

Be sure to tune in; this will be a fun one, involving two teams with a lot at stake!

After extending their hot and San Diego’s cold streak, the Seattle Mariners will be looking to leave Petco Park with a two-game sweep as they take on the Padres this afternoon. Yesterday, the Mariners pounded out a dozen hits and plated eight runs, and Chris Flexen pitched 6.2 shutout innings to collect his third straight END_OF_DOCUMENT_TOKEN_TO_BE_REPLACED