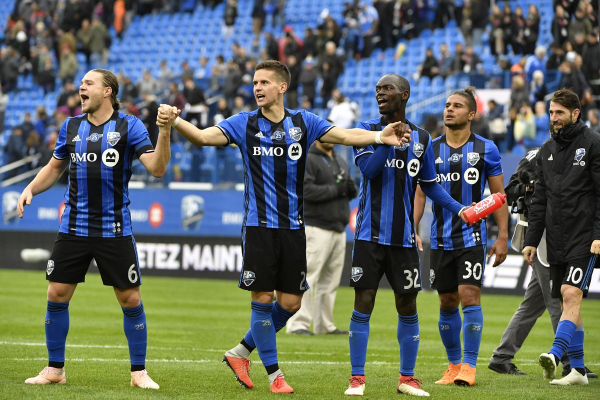 Nashville, playing with determination, have found their stride and haven’t had a loss in 3 matches. Montreal, on the other hand, are in an ugly stretch of play with two losses and a win in three games. Nashville are almost totally neutral as their record sits at 6-6-7. Playing a defensive game, Nashville only has 19 goals on the year, while conceding 18. It appears Nashville is totally content playing it safe in the middle of the field. Don’t expect Nashville to score many goals.

Montreal plays aggressively, pouring everything into their offense with little regard to the defense. It seems they are determined to either win or lose every match. Their record currently sits at 7-11-2. They’ve score 30 goals on the year, while conceding 39. The Impact need to right the ship if they want any sort of chance in the playoffs.

Advice: Make sure Mukhtar is starting before wagering any money. A good bet if he’s playing.

Advice: It’s a juicy spread for anyone looking to win big. A small wager can go a long ways with this prop.

Advice: He has emerged as a centerpiece to this offense. Leal is a solid bet with a juicy spread.

Romell Quioto (Forward) – First Goal Scorer (+550) / Last Goal Scorer (+550): He has solidified himself as the centerpiece of this offense. Quioto has one goal and three assists in the past 3 games. He’s Montreal’s leading scorer with 7 goals and 5 assists this season.

Advice: Quioto has been a very efficient scorer on a staggering team. He’s the best bet to lead Montreal to a victory in this game.

Advice: A very risky bet as Urruti isn’t a regular starter. It’s an avoidable bet as the payout isn’t eye-popping

Advice: It’s a long shot as Krkic seems to be a set-up man. Look for something juicier.

In this game, the two teams are trending different directions. Nashville seems to be getting better, while Montreal is getting worse. Nashville plays smart, meticulous soccer, while Montreal plays carelessly (which can sometimes be fun). Bet on Nashville continuing their hot-streak into the playoffs.