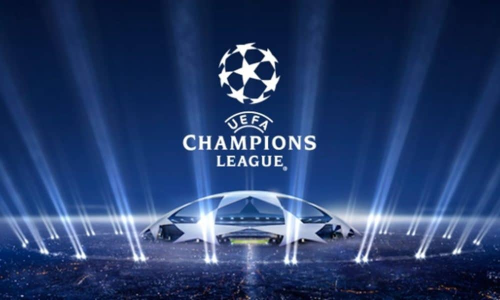 Champions League has started already with incredible games last week. We saw interesting results and some surprises, including Real Madrid’s loss at Santiago Bernabeu against Shakhtar Donetsk (2-3) and the loss of PSG to Manchester United at Parc des Princes (1-2).

This week, the Champions League continues with another 16 matches, split to be played in two days – Tuesday, October 27th, and Wednesday, October 28th. We will likely see some very interesting games between the top teams from the major European leagues – English Premier League, Spanish La Liga, Italian Serie A, German Bundesliga, and French Ligue 1.

Here is the complete list of Champions League matches which are going to take place on Tuesday (27th of October) and Wednesday (28th of October).

All odds are supplied by DraftKings Sportsbook.

After a huge loss against Hoffenheim, Bayern showed their real face against Atletico Madrid (in Champions League) and Eintracht Frankfurt, winning 4-0 and 5-0, respectively. Our opinion is that Lokomotiv Moscow is going to be the next team to concede at least 3 goals against Bayern

Inter Milan is looking a little bit indecisive at the moment. The team lost against Milan in the derby match of Milano, and they couldn’t secure a win against Monchengladbach in their last Champions League game. On the other side, Shakhtar is a solid team, who won against Real Madrid in Spain. This can be a tough match for both selections.

Both clubs are represented by lots of young players who will do everything to perform well and show their skills and abilities. We think this is going to be a dynamic and very open match with many goal opportunities.

After signing with Luiz Suarez, Atletico Madrid has incredible power in their attack, but they are not that strong on defense. Salzburg is dangerous on counter-attacks and the team from Austria can create some big problems for Diego Simeone’s club.

Advice: Odds for Atletico Madrid might seem good enough but the Austrians are not so bad. A tie could have some value here.

Real Madrid lost their initial game in the Champions League Group Stage against Shakhtar Donetsk and we believe that they will not make a second mistake so soon. On the weekend, the club from Madrid won against Barcelona, and Zidane knows that his team can win another match in this one against the Borussia Monchengladbach.

This is going to be a tough and difficult match between two very evenly-matched teams. Olympiacos is playing aggressive football, while Porto will try to play more with dribbles and attacks from both wings.

Advice: Better skip this match, though the draw offers some value.

The team from Merseyside hardly won their last game against Ajax in the Champions League, and we do not believe that they will have any problems against Midtjylland, who were destroyed by a score of 4-0 by Atalanta in the first round of the group stage.

Manchester City did not have any problems beating Porto in the last round. We think they will easily win the match versus Marseille in France too.

PSG surprisingly fell in their first game against Manchester United in France. Now, they will try to score as many goals as they can versus the Turkish team of Basaksehir.

The English teams are having some difficulty in Russia, but our opinion is that Chelsea will have no problem beating Krasnodar, especially after two goalless games against Sevilla and Manchester United.

Lazio is in incredible shape after wins against Dortmund (in the Champions League) and Bologna (in Serie A). They are looking for a third victory in a row, this time in Belgium.

Borussia Dortmund took a wrong step in their first game against Lazio. This time, the team from Germany will try to show more class and win against Zenit St. Petersburg.

Ferencvaros were destroyed by Barcelona 5-1 in their first match, but will look to bounce back against the Ukrainian side. This will likely be an evenly played match.

Pick: Both Teams to Score: Yes

Cristiano Ronaldo is not going to take part in this game as he is still Covid-19 positive. Barcelona lost against Real Madrid on the weekend and now the team from Catalonia will look to erase that shame by winning in Turin.

Chelsea stopped Manchester United’s winning streak on the weekend with a goalless draw. Leipzig is still unbeaten in the Bundesliga after an amazing victory against Hertha Berlin. We expect a match with lots of goal attempts and probably 3+ goals.

Both teams could not win their last matches in the Champions League. Sevilla and Rennes are practicing more defensive football and normally, neither side scores many goals.