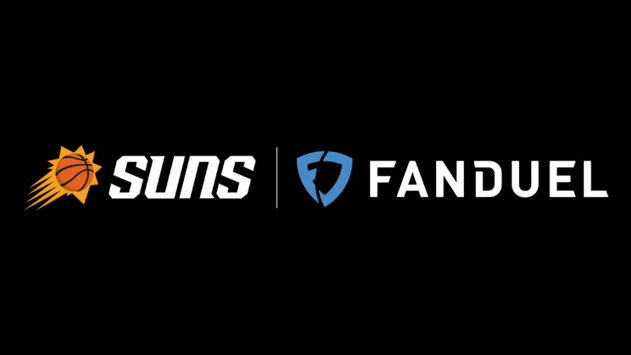 The Phoenix Suns, among the NBA’s best teams this season, are now alone in first place as the only team to run a sportsbook in their arena after the franchise announced its partnership with FanDuel on Thursday.

FanDuel, an online sportsbook company, also will now provide its bet-taking services for all of Arizona.

Arizona Gov. Doug Ducey signed into law Thursday the groundbreaking legislation that firmly puts his state on the sports-gambling map, with licenses for 10 sports franchises and 10 tribal representations among the primary components.

“There’s no question that Arizona has grown and changed significantly since the last major compact update in 2003,” Ducey said at the signing. “It’s important that we account for these changes in our policies and our compacts.”

The licenses could bring much more than $100 million in new revenue for the general fund, and the tribes, under Ducey’s reworked pact, will be allowed to dramatically increase their gambling offerings.

“We argued before we agreed. And we fought before we found our middle ground,” said Gov. Stephen Roe Lewis of the Gila River Indian Community. “But here we are today, celebrating the most unique unicorn in political life: A genuine win for us all.”

FanDuel finds right spot to expand on its industry leadership

It’s a big win for FanDuel, whose business with the Suns also involves sponsorship and exclusive forms of market access.

Everyone can see the revenue potential as sports-betting laws expand across the country, and the Suns, pending regulatory approval, can leverage the partnership to promote gambling opportunities to fans.

“We are well aware of the variety of areas where people spend their time, and their money, particularly in the entertainment world,” Suns president and CEO Jason Rowley said in a Sportico story. “This is opening an entire world of new possibilities for our fans, whether it’s inside the arena watching the game, whether it’s in the sportsbook once it’s built out, or whether it’s watching the game at home.”

FanDuel is equally eager to begin the engagement.

“As we gear up to bring our best-in-class online and retail offerings to the state of Arizona, this is a momentous time for FanDuel, the Suns, and Suns fans alike," said Mike Raffensperger, FanDuel Group CMO. "We’re excited to open a luxury sportsbook within Phoenix Suns Arena, as the beginning of a long-term and innovative collaboration that will have a lasting impact on the state."

The retail sportsbook at Phoenix Suns Arena, taking the same approach as the PGA Tour’s agreement with DraftKings and the TPC Scottsdale announced Wednesday, will be open year-round and it’s not dependent on when the Suns play their home games.

In addition to its digital platforms, FanDuel operates 16 retail sportsbooks, including the popular Meadowlands Racetrack location in New Jersey, next to the home of the New York Giants and Jets.

The Phoenix Suns and the NBA’s announcement includes the following aspects:

To get started, Arizona sports fans can download the FanDuel Sportsbook and FanDuel Daily Fantasy apps on iOS and Android.

“This is a watershed moment for the Suns organization and our fans,” Rowley said. “FanDuel is the perfect partner as our missions are fully aligned. Simply put, FanDuel is committed to making sports more exciting while the Suns are focused on delivering exciting sports and entertainment and engaging fans at the highest level possible.”