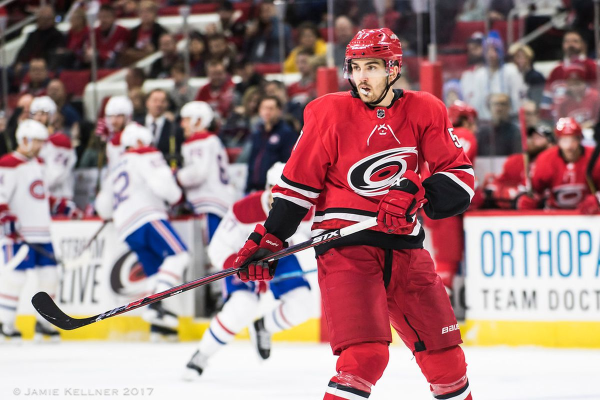 After two games dominated by one side, the Bruins and Hurricanes switch arenas for Game 3. Tonight, Carolina desperately tries to salvage the series, in what is a must-win game at home. Meanwhile, the Bruins can potentially be on the verge of another Stanley Cup Final appearance.

Here is a brief recap of Game 2, some keys to tonight’s game, and a final prediction.

A big reason for Boston’s dominating victory in Game 2 was the strength of their secondary forward groups. While much has been made over the trio of Brad Marchand, David Pastrnak and Patrice Bergeron, only Pastrnak and Bergeron recorded any points during the six-goal outburst (one assist each). When depth players like Grzelcyk, Connor Clifton and DantonHeinen find the scoresheet, the Bruins are that much tougher to stop.

If there’s one thing the Bruins can look to improve for Game 3, it’s staying out of the penalty box. Through two games, they have given the Hurricanes seven power play chances. While Carolina has converted just once, they will also be cheered on heavily by a home crowd for the first time this series. Boston should be smart and not give the Hurricanes any golden opportunities to take momentum back.

When you give up 11 goals in two games, there are a lot of areas that need improvement. One is certainly on the penalty kill, where the Hurricanes have only stopped three of seven Bruins power plays. If those numbers continue, the series will end in a hurry, so Carolina has to tighten up the penalty kill or try to stay out of the box altogether if they have any hope of salvaging this series.

A big question the Hurricanes will also face is who they decide to put in net. PetrMrazek has gotten the stating nod so far, but after allowing 10 goals in two games, it may be time to switch to Curtis McIlhinney. McElhinney won three straight games and posted a 1.56 GAA and .947 save percentage against the Islanders last round. If Carolina is looking to shake things up, this seems like the logical place to start.