Tua Enters NFL Draft; Is He Bound For Miami? 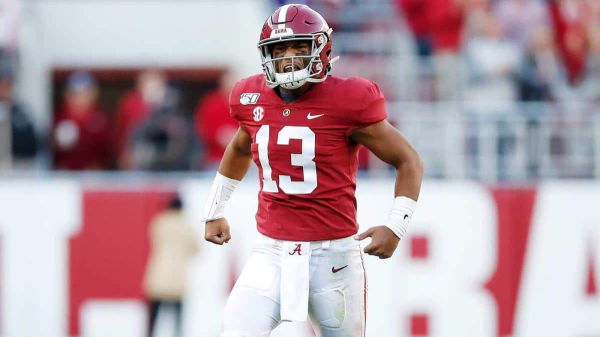 Less than two months after suffering a hip injury that ended his 2019 season, Alabama quarterback Tua Tagovailoa has decided to skip his senior season and enter the NFL draft.

Alongside Alabama head coach Nick Saban, Tagovailoa made this announcement during a press conference Monday after consulting with his family, Saban and other coaches, doctors, and pastors. Tagovailoa said he met with Saban five times this week.

Although Saban would have preferred the former Heisman Trophy runner-up to stay with the Crimson Tide for another season, the coach was extremely complimentary of Tagovailoa’s presence in Tuscaloosa, saying, “Tua has probably had as much of an impact on the program here as any player we’ve ever had.”

Tagovailoa’s choice to enter the NFL now places a newfound interest in the health of the quarterback after suffering a unique hip injury that may keep his health unclear as teams prepare their draft boards.

Although the former Alabama quarterback didn’t need the assistance of crutches on Monday, his recovery is far from over. When asked if he’d be healthy enough to participate in a pro day, Tagovailoa said, “None of the guys rehabbing me can tell that. From what they’ve seen in New York, everything looks good. But you can’t really tell until the three-month mark or the four-month mark.”

While the state of Tua’s health is uncertain, the fact that he’ll be on an NFL roster next season is not. So, where is Tagovailoa headed?

The 2017 National Championship Game is when Tagovailoa first burst onto the college football scene. Coming off the bench, Tagovailoa led the Crimson Tide to a come-from-behind victory over Georgia.

Tagovailoa then beat out Jalen Hurts for the starting job in 2018 and would go on to throw 76 touchdowns and only nine interceptions over the next two seasons at the helm of the Alabama offense.

That sort of production is why Tagovailoa is ranked as a top-three quarterback and a top-10 overall prospect in this year’s draft, even with those medical concerns lingering over the star QB’s head.

And according to the odds, Tua remains in the running for the top overall pick when the draft gets underway in April.

While LSU quarterback Joe Burrow is a heavy favorite to be selected No. 1 overall with -1150 odds, Tagovailoa and his +1200 odds trail only those of Ohio State defensive end Chase Young and his +550 odds.

The next quarterback on the list is Oregon’s Justin Herbert, who currently holds +1700 odds of going first in this year’s draft.

While this year’s NFL champion is yet to be crowned, the majority of the 2020 draft order is already set. That gives us a chance to see where Tagovailoa is likely to be taken on April 23.

Let’s take a look at the teams set to pick in the top five, and which of those need a quarterback:

The Bengals went back and forth with Andy Dalton this year, and now finally appear to be ready to start over at the quarterback position. Most draft analysts expect Cincinnati to go with Burrow with its first selection, which feels like a no-brainer at this point.

The Redskins have a new head coach in the form of Ron Rivera, but they’re unlikely to go after a quarterback in the first round after using a high pick on Dwayne Haskins a year ago. Instead, Washington could opt for Chase Young, who is considered to be the top overall player in this year’s draft.

The Lions could very well look to the future and take a quarterback here, but the more likely scenario is that Detroit adds talent to the defensive side of the ball in the early rounds.

The Giants will also go into 2020 with a new head coach, but they’re another team unlikely to opt for a quarterback after taking Daniel Jones a year ago. Jones showed flashes of good quarterback play in 2019, so New York will eye a pass rusher or a player in another supporting role.

That brings us to the Miami Dolphins, who’ve reportedly been interested in Tagovailoa since the “Tank for Tua” chants began early on this season. Miami could be the premier landing spot for Tua for a couple of reasons.

First, Tua would have the chance to sit behind the likes of Ryan Fitzpatrick for a year while he continues to heal and learn the NFL game.

Second, Miami has a significant amount of draft capital this year, including five picks in the first two rounds. That means the Dolphins can begin filling the roster with bright, young talent to surround Tagovailoa.

Barring any unforeseen complications with Tua’s hip injury, Miami is in the perfect spot to take a risk on the Alabama quarterback as it begins to rebuild.