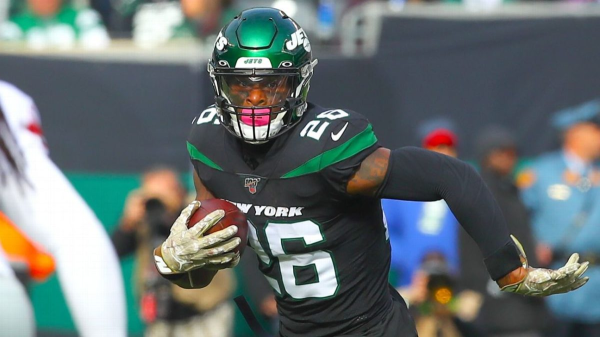 Thursday Night Football features a matchup of AFC East versus AFC North when the New York Jets (5-8) travel to M&T Bank Stadium to take on the Baltimore Ravens (11-2). For the Jets, it is about trying to finish out what has been an inconsistent season. At 5-8, they sit in third in the East behind both the Patriots and Bills. With no chance at the playoffs, they are playing for pride, and on the other side, draft positioning.

The Ravens are playing for home-field advantage in the AFC playoffs. At 11-2, they are in the driver’s seat in terms of positioning and have a really good chance at walking away with home-field advantage throughout the playoffs if they can finish strong. Kickoff for this one is scheduled for 8:20 pm ET.

It has been quite an inconsistent season for New York. The Jets have won four of their last five games, but the opponents haven’t exactly been inspiring. Over that time, they have beaten the Dolphins, Raiders, Redskins and Giants. Even more uninspiring is the team that they lost to, as they were beaten up by the lowly Cincinnati Bengals 22-6 just two weeks ago. The Jets will certainly need to step up their game if they want to compete with the high-flying Ravens.

While the Jets have had a weak schedule lately, the Ravens have faced, and conquered, some of the best teams in the league. In the last four weeks, they have beaten the Bills, 49ers, Rams and Texans. In fact, they haven’t lost a game since their surprising defeat at the hands of the Cleveland Browns back on Sept. 29. Baltimore is a little banged up right now, but a less than 100 percent Ravens squad is still better than most teams in the league.

The Ravens come into this one as 16-point favorites playing at home. The over/under on total points scored is set at 45.

The Jets haven’t exactly been playing inspiring football of late, and that was against poor teams. Now they get arguably the best team in football on a short week. To have a chance, the Jets are going to need a supreme game from quarterback Sam Darnold, who is 216 for 347 for 2,424 yards, 15 touchdowns, and 11 interceptions. He has also been sacked 28 times.

Darnold’s leading receiver has been Jamison Crowder, who has 60 receptions for 617 yards and three touchdowns. Running back Le’Veon Bell has the second-most receptions on the Jets with 55 for 403 yards and a score.

Bell should be good to go for this one after missing Sunday’s game, and he leads New York in rushing with 589 yards and three scores. With Bilal Powell out for this one, it is likely that Bell could get a heavy dose of work.

While others like Christian McCaffrey and Russell Wilson have had fantastic seasons, Ravens quarterback Lamar Jackson has been on another level. This season, he has gone 230 for 347 for 2,677 yards, 28 touchdowns and just six interceptions. He has been sacked 22 times, but that is mostly due to his scrambling nature.

Jackson has rushed for more yards than most running backs as he has eclipsed the 1,000-yard mark. He has rushed 151 times for 1,017 yards and seven touchdowns.

Jackson is complemented by the Ravens’ running back, Mark Ingram, who has rushed 181 times for 887 yards and nine touchdowns.

The Ravens might be without their leading receiver, Mark Andrews, who suffered a knee injury last week and is questionable for the game Thursday. On the year, Andrews has caught 54 passes for 707 yards and seven touchdowns. That could mean more passes for Marquise Brown, who has 39 catches for 518 yards and six scores.

I hate betting on teams when they are giving up double-digit points, so giving up over two touchdowns is especially painful. Still, I don’t see any way that the Jets keep it close. Even with the Ravens a little banged up, Jackson was still a full-go at practice Wednesday, and as long as he is on the field, the Ravens have the advantage.

I think the fact that Jets’ Jamal Adams is questionable for this one makes it all the tougher for the Jets to have a chance at slowing down the Ravens. Long story short, I wouldn’t blame you if you thought the Jets could keep it within a couple of touchdowns, but I see another blowout in this one. For my money, I am taking the Ravens at -16.