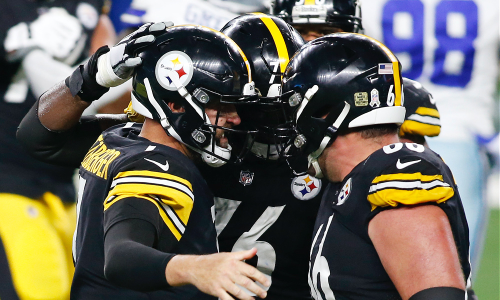 Pittsburgh enters the game after a surprisingly close 5 point victory over the Dallas Cowboys. The Cowboys started QB Garrett Gilbert for the first time in his career, and for the second straight week the Steelers won on the last play of the game. Pittsburgh was held to just 46 rushing yards, and were outgained 364-355 by the Cowboys, but won the turnover battle 2-0 and escaped Dallas with the win. QB Ben Roethlisberger continued his strong season going 29-42 for 306 with 3 touchdowns and no interceptions. Roethlisberger hit 9 different receivers, as the Steelers found their groove going no huddle in the 2nd half, and letting Roethlisberger dice up a bad Cowboys secondary. WR Juju Smith-Schuster had 6 catches for 93 yards and a score, and seems to be back to his WR1 status for Big Ben and the Steelers.

Cincinnati comes in off a bye week after a 31-20 upset win over the Tennessee Titans. The Bengals were up 10 at halftime and cruised in the 2nd half to just their second win on the season. Joe Burrow was 26-37 for 249 yards and 2 touchdowns, wasn’t sacked, and helped Cincy go 10-15 on 3rd down conversions. The dual headed WR monster of Tee Higgins (6 catches 78 yards) and Tyler Boyd (6 catches, 67 yards, 1 TD) both played well vs. the Titans defense. Cincy was outgained by almost 100 yards, but didn’t turn the ball over, and won time of possession 35:57-24:03. The defense ran their streak to seven games in a row forcing a turnover, and the Bengals scored the surprise win.

Pittsburgh ranks 5th in scoring offense and 4th in scoring defense with nearly a ten point margin per game. Their defensive rankings are impressive: 6th fewest yards allowed, most turnovers forced, and fewest first downs allowed. It’s really been their defense that has kept them in games, and been the driving force behind the 8-0 record. While Big Ben has had a resurgence this season, the running game hasn’t been strong. RB James Conner had put together a streak of good games that came to a screeching halt vs a terrible Dallas rush defense. The Steelers are a better team when they rely on Ben to spread the ball around to their various WR weapons. Juju Smith-Schuster, Diontae Johnson, and Chase Claypool all have similar numbers and will demand the Bengals attention. Juju has the most targets and receptions, but all have at least 30 catches and Claypool leads with 444 yards and 5 touchdowns. Most of Claypool’s production came in one game in which DJ and Juju were out, but when all three are on the field at the same time, Ben has plenty of options.

First year Head Coach Zac Taylor has demonstrated a lot of trust in Rookie QB Joe Burrow. Burrow is 2nd in the league in pass attempts, and only has 5 INTs on the year so far. The Bengals offensive line has been an issue as Burrow has been sacked 28 times in just 8 games, although he remained clean against the Titans. Burrow has relied on Tee Higgins (52 targets, 33 catches, 488 yards, 3 touchdowns) and Tyler Boyd (68 targets, 54 catches, 584 yards, 3 touchdowns) on passing downs. RB Joe Mixon has been banged up for various parts of the season resulting in the Bengals ranking 23rd in the NFL in terms of rushing yards. The defense has given up the 6th most total yards, 4th most rush yards, and the highest yards per carry of any team in the NFL.

DraftKings lists the Steelers (-7) as the favorite with the total set at 45.5. The Steelers have won their last 4 games by an average of four points. They beat the Titans by 3, Ravens by 4, and Cowboys by 5. However, all three of those games were on the road, and now they are returning to Heinz Field as the only undefeated team in the NFL. The Bengals have been improving and of their 5 loses, four of those games have been by 4 or less. I think Burrow comes in gun blazing anis d looking to build some momentum off a big win over Tennessee. While I think the Steelers rebound off a bad performance vs. Dallas, I like Cincy to cover the 7.