NFL’s Wild Card Weekend: Who Has The Edge In Each Matchup? 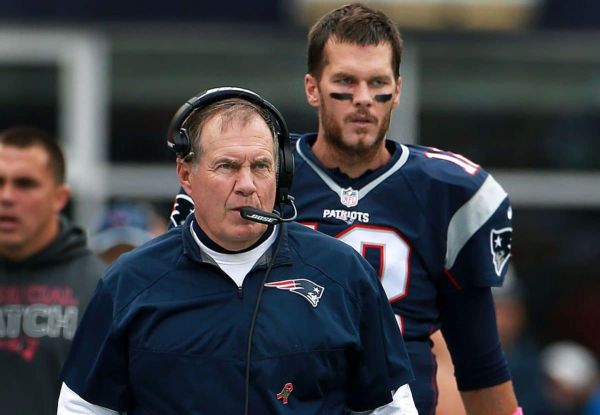 Another eccentric NFL regular season is in the books, leaving us with 12 teams remaining in the hunt for the Lombardi Trophy. This weekend, eight of those teams will do battle with a trip to the divisional round of the playoffs on the line.

Is Buffalo a legitimate contender? How will the Patriots fare in their first Wild Card weekend contest since 2009? Will the Saints remain virtually unbeatable in the Superdome? And which banged-up team will make it out of Philadelphia alive?

Let’s take a look at each game and see who has the edge. Get ready for one of the best weekends in all of sports.

The 10-6 Texans won the AFC South, so they’ll play host to the 10-6 Bills on Saturday afternoon. This game will feature an exciting Houston offense against a daunting Bills zone defense that’s caused opposing teams trouble all year long.

For the Bills, can Josh Allen be an effective runner? The Texans have given up 5.6 yards per carry to opposing quarterbacks this year, which is the second-most in the NFL. If that holds, Allen should have a big day.

For the Texans, can the return of J.J. Watt give this team a boost in the pass rush? In his six career playoff games, Watt has racked up five sacks.

Houston enters this contest as a 2.5-point favorite at home. However, the Texans are just 1-5-1 as the favorite against the spread this season.

After falling to the Dolphins in a Week 17 debacle, the 12-4 Patriots will now host the visiting 9-7 Titans in Foxborough, Mass. Can Brady and company hold up against a strong Tennessee running game?

Former Patriot Mike Vrabel leads his Titans into New England with one of the hottest running back-quarterback combos in the NFL. Derrick Henry is coming off a 211-yard game a week ago, and Ryan Tannehill has completed 70 percent of his passes while throwing for 22 touchdowns and six interceptions.

Will that be enough against one of the league’s best defenses? New England allowed an average of 275 yards per game, which ranks first in the NFL.

If the Titans can take care of the football and not allow the Patriots to win the special teams battle, Tennessee is built to win a game in New England. However, it still has to go on the road against the most successful coach and quarterback duo in league history.

Although the 13-3 Saints missed out on one of the NFC’s top seeds, they still get to host a home game against the 10-6 Vikings on Sunday afternoon.

For Minnesota, the task is very tall. On top of having to go into New Orleans, the Vikings will be facing Drew Brees at the top of his game. In December, Brees threw 15 touchdown passes and zero interceptions.

If the Vikings have any success in this game, they’ll need Dalvin Cook to be the best version of himself. That’s a lot to ask with the star running back coming off another injury.

The Saints may find their biggest advantage in using Alvin Kamara in the passing game. If Kamara has success early, Brees and Michael Thomas have shown that they can be unstoppable closing games out.

All of the above is why New Orleans is the largest favorite of Wild Card Weekend at 7.5 points. Against the spread, Vikings QB Kirk Cousins is 1-13-1 versus teams with at least 12 wins. Outright, Cousins is 0-15 against such competition.

A Week 17 matchup against the 49ers gave Seattle a chance to win the NFC West and host a playoff game. Instead, a loss earned the 11-5 Seahawks a trip to Philadelphia to take on the 9-7 Eagles, who won the NFC East.

While the Eagles may be without the likes of tight end Zach Ertz, tackle Lane Johnson, and guard Brandon Brooks, the Seahawks will be getting Jadeveon Clowney back on the field. That could sway the battle at the line of scrimmage over to Seattle.

With Russell Wilson at quarterback, the Seahawks are likely to push the ball downfield to Tyler Lockett and DK Metcalf. Both receivers racked up at least 900 yards, and Wilson threw for 31 touchdowns and just five picks all year.

Both teams are banged up, and it’s Seattle that enters the final game of the Wild Card Round as a slight 1.5-point road favorite. However, Philadelphia is 5-0 as a home dog in the playoffs in the Super Bowl era.