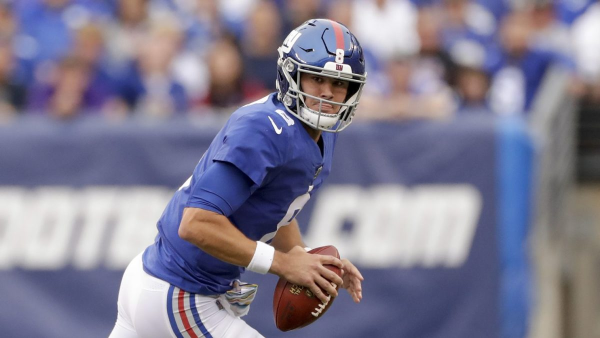 Thursday Night Football features an NFC East vs. AFC East matchup when the New York Giants (2-3) travel to Gillette Stadium to take on the New England Patriots (5-0). New York is not only in a transition phase as they have moved on from longtime quarterback Eli Manning to newcomer Daniel Jones, but they are also battling the injury bug to boot. The Patriots continue to find ways to win, and it has driven them to a 5-0 record coming into this one. Kickoff for this matchup is scheduled for 8:20 pm ET.

The Giants come into this one having won two of their first five matchups. After dropping their first two games to the Cowboys (35-17) and Bills (28-14), the Giants won in Weeks 3 and 4 against the Buccaneers (32-31) and Redskins (24-3). Last week, though, they were smothered by the Minnesota Vikings to the tune of a 28-10 loss.

The Patriots have been absolutely rolling. They have scored 30 or more points in four of their first five games and have not given up more than 14 points in any matchup to date. While there are always concerns playing on short rest, expectations are that the Patriots should be able to continue rolling on both sides of the ball against the Giants.

The New England Patriots come into this as overwhelming 17-point favorites playing at home. The over/under for points scored is set at 41.

There were some expectations at the beginning of the season that Manning would eventually be replaced by the first-round pick, Jones, but it wasn’t necessarily expected to be this early. Jones now has three starts under his belt and, thus far, is 70 for 109 for 760 yards, four touchdowns and three interceptions. He has also been sacked nine times.

Unfortunately for Jones, his two leading receivers are likely to miss this one as Evan Engram (33 catches, 373 yards, two touchdowns) and Sterling Shepard (25 catches, 267 yards and a touchdown) are both going to be out for this one. To add to the injury list, Saquon Barkley is still out, and backup running back Wayne Gallman is also unlikely to play. Needless to say, there aren’t exactly a lot of options for Jones in this one.

On the defensive side, Antoine Bethea leads the way in tackles with 40. Beyond that, Markus Golden leads the way in sacks at 4.5, and both Ryan Connelly and Janoris Jenkins have two interceptions apiece.

Patriots Look To Make It Six In A Row

Tom Brady continues to be the ageless wonder. Despite his advanced age, he is 118 for 187 this season for 1,409 yards, 10 touchdowns and two interceptions while being sacked seven times. His leading receiver continues to be Julian Edelman, who, despite dealing with some injuries, continues to produce. Edelman currently has 29 catches for 336 yards and two touchdowns.

On the ground, Sony Michel leads the way for the Patriots. He currently has 78 rushes for 262 yards and three touchdowns.

On the defensive side, Jamie Collins (27 tackles and 4.5 sacks) and Devin McCourty (four interceptions) are the current stat leaders for the Patriots.

New England Wins, But Can They Cover?

It is not very often that I would bet on a team who is spotting their opponent 17 points, but that is exactly what I am doing in this one. The Patriots are just leaps and bounds ahead of the Giants in terms of talent, and one of the scariest parts of the Patriots team this season is their defense. That is not very good for the Giants, a team that is without Barkley, Engram, and Shepard, leaving Jones shorthanded. On the short week, Bill Belichick likely won’t keep his starters in the entire game if he can afford not to, but I still think the Patriots have enough to not only win but cover the giant 17-point spread.