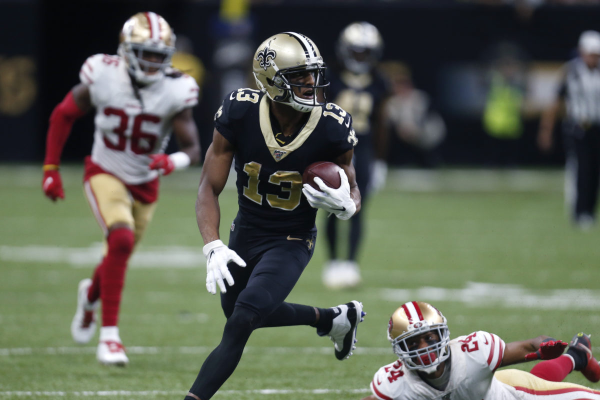 Monday Night Football features a matchup of the AFC versus the NFC when the Indianapolis Colts (6-7) travel to the Mercedes-Benz Superdome to take on the New Orleans Saints (10-3). While the Saints have already clinched the NFC South, the Colts need a miracle to make the playoffs.

Still, they won’t go down without a fight and will look to upset the Saints on the road. Kickoff for this one is scheduled for 8:15 pm ET.

The Colts come into this one in third in the AFC South behind both the Houston Texans (9-5) and the Tennessee Titans (8-6). Indianapolis has been on a bit of a cold streak of late, losing three in a row coming into this one, falling to the Texans, Titans and Buccaneers. Now the Colts have to contend with Drew Brees and the Saints on their own turf.

The Saints are coming off an odd game last week. Despite being two of the better teams in the league, and San Francisco being one of the better defenses, the Saints and 49ers combined to put up 94 points in an offensive showdown.

The Saints came out on the losing side of that one (48-46), but they have been a force to be reckoned with this season. They have been especially strong at home, going 5-2, while the Colts have been a pedestrian 2-4 on the road.

The Saints come into this one as nine-point favorites playing at home. The over/under on total points scored is set at 46.5.

It has been quite a rollercoaster of a year for the Indianapolis Colts ever since the shocking retirement of Andrew Luck before the season. Despite getting off to a strong start, it has been all downhill of late.

Still, Jacoby Brissett and the offense will try to go toe-to-toe with Brees and the Saints offense on Monday night. On the season, Brissett is 228 for 361 for 2,496 yards, 18 touchdowns and six interceptions, while being sacked 20 times.

Unfortunately, who Brissett has been throwing to has been a mystery from week to week. With T.Y. Hilton likely done for the year, or at least can’t be counted on, it is likely Zach Pascal who slots in as the number one receiver. On the year, Pascal has 36 receptions for 547 yards and five touchdowns.

On the ground, Marlon Mack has led the way for the Colts, rushing 205 times for 900 yards and five touchdowns. Brissett has also gotten into the run game at times, rushing 48 times for 167 yards and three touchdowns.

Despite missing time with an injury, Brees has still had a very respectable season, and his offense may be starting to peak at the right time. On the year, Brees is 206 for 280 for 2,140 yards, 17 touchdowns and four interceptions.

Brees’ leading receiver to date has been the always-consistent Michael Thomas, who has 121 catches for a whopping 1,424 yards and seven touchdowns. The next best receiver has actually been running back Alvin Kamara with 68 receptions out of the backfield for 462 yards and a touchdown.

Kamara has also rushed 138 times for 612 yards and another score. Latavius Murray has also had a nice season, rushing 113 times for 533 yards and five touchdowns.

Saints In A Blowout

The real question in this one is whether the Colts can keep up with the high-flying Saints. New Orleans able to put up 46 points against the 49ers last week, and San Francisco has been one of the better defenses throughout the year. Not saying the Saints are going to replicate that performance, but if it does get into a track meet, I am not sure that the Colts can keep up.

The Colts do catch a break, as a couple of defensive cogs (defensive end Marcus Davenport and defensive tackle Sheldon Rankins) for the Saints are injured, but I still think that it will be all New Orleans in this one. For my money, I am taking the Saints despite laying the nine points.