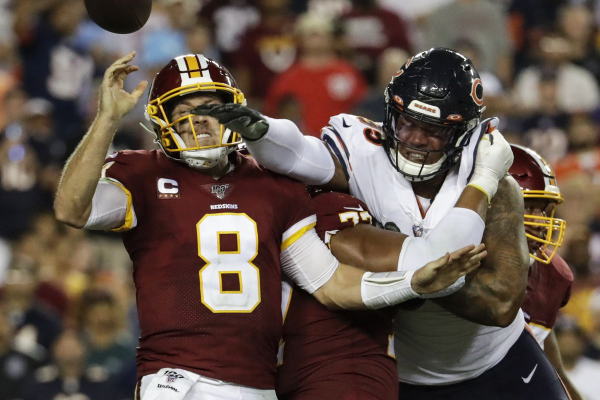 With just six weeks remaining in the NFL’s regular season, the playoff picture is slowly coming together like a jigsaw puzzle. In the NFC, the Green Bay Packers and San Francisco 49ers are two very important pieces of that puzzle.

On Sunday night, they’ll be facing off in a battle that could go a long way in determining home-field advantage in the postseason.

The 49ers will be at home, where they’ve earned a record of 4-1. Overall, San Francisco is 9-1 and currently atop the NFC standings.

Green Bay enters the contest with a record of 3-1 on the road and a record of 8-2 overall. In addition to leading the NFC North, the Packers are tied with the Saints and Seahawks for the second spot in the conference.

Without his most dangerous weapon, George Kittle, quarterback Jimmy Garoppolo picked up his play with 424 yards and four touchdowns to lead the 49ers over the Cardinals last week.

The Packers are scoring 25 points per game on 373 yards of offense while allowing 20.5 points on 402 yards.

Most recently, Green Bay rebounded from a shocking loss to the Chargers with a 24-16 win over Carolina.

By the time Sunday Night Football rolls around, we’ll already know the outcomes of Saints and Seahawks games, which will both take place in the 1 pm Eastern slot.

The 8-2 Saints will be hosting the 5-5 Panthers. Right now, the Saints are 10-point favorites, so we can expect New Orleans to improve to 9-2 on the season this weekend.

The 8-2 Seahawks will go on the road to take on the 5-5 Eagles in Philadelphia. As visitors, Seattle is a 1.5-point underdog in this contest, making this one too close to call.

With a win Sunday night, the Packers would maintain their lead in the NFC North and put them level with the 49ers and any other 9-2 team. Most importantly, the victory would give Green Bay the tiebreaker over San Francisco in the race for the NFC’s top seed.

With a loss, Green Bay would not only fall behind San Francisco and any team that improves to 9-2, but they’d also then be level atop the NFC North with the Vikings, who have a bye this week.

A win for the 49ers would put them at 10-1 and in a great position to earn home-field throughout the playoffs. With another big game coming up against the Saints in New Orleans in the first half of December, San Francisco could punch its ticket to a first-round bye over the next few weeks.

With much of the NFC playoff picture to come into focus over the next three weeks, let’s take a look at where the top teams currently stand.

The 49ers would possibly take the lead after a Sunday Night Football victory and would almost certainly become the heavy favorite if they can also take down the Saints on Dec. 8.

With this Sunday’s game in focus, the 49ers have the benefit of playing at home, and that’s reflected in the odds, as San Francisco enters the game as a three-point favorite. Only three other Week 12 games have odds that tight or tighter.

So, as we gain a better view of the jigsaw puzzle coming together in the NFL, Sunday Night Football figures to be a significant piece.